Although it was not expected for him to hold the post for this long, he had rightly predicted in 2019 that one of the Shiv Sainiks would become the CM. This statement was made when Shiv Sena enjoyed the alliance with the BJP and there was cohesion in the party.

Prior to entering politics, he was well-known for his photographic abilities, which led him to work in the advertising industry. This demonstrated that he inherited his father’s artistic abilities, as Balasaheb was a well-known cartoonist in his youth.

While Raj Thackeray, Uddhav’s cousin, was expected to lead Shiv Sena, he surprised everyone when he started the Maharashtra Navnirman Sena as a rival to the Shiv Sena. This altered the power dynamics both within and outside the Thackeray family, as well as Uddhav’s career. He had to close his advertising business and join the family political party, which resulted in his elevation to the position of Chief Minister.

The Rise and Fall of Uddhav Thackeray

While Uddhav’s prediction came true, even former CM Davendra Fadnavis’ prediction came true. Uddhav’s rise was as dramatic as his end. Fadnavis became the CM for one day when Ajit Pawar along with other NCP MLAs joined the BJP to ally. However, NCP Supremo, Sharad Pawar, took matters into his hands and reigned in Ajit Pawar. He placed Uddhav Thackeray as the CM and Maha Vikas Ahgadi (MVA) was formed. During a press conference after Uddhav Thackeray was sworn in, Fadnavis had predicted, “A three-wheeled vehicle which will move in different directions, and will fall soon.” However, for nearly four years he kept his former political enemies content.

Although he had kept the Congress and the NCP happy, dissent was brewing within his party. Shiv Sena members felt ill-treated and left out after the power centre of Shiv Sena stayed within the Thackeray family.

Party loyalists and senior leaders such as Eknath Shinde were angered with undue advantages given to Aditya Thackeray. Not only did Aditya Thackeray hold 3 cabinet positions, but he also attended meetings of departments like MMRDA. 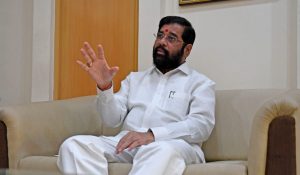 When Eknath Shinde and his supporting MLAs left the Shiv Sena, Uddhav Thackeray did not make strong moves like his father or Sharad Pawar. He had simply asked them to return and meekly vacated the CM’s bungalow, resigning to his fate. Soon he relinquished his position on June 29, a day before the floor test was ordered by governor BSS Koshiyari.

Uddhav Thackeray was perhaps not an accidental CM as Sharad Pawar had calculated that he held more popularity among the masses than any other Sena, Congress or NCP leader. However, while trying to please his political allies, he alienated his party loyalists in the process which cost him his power and his seat.