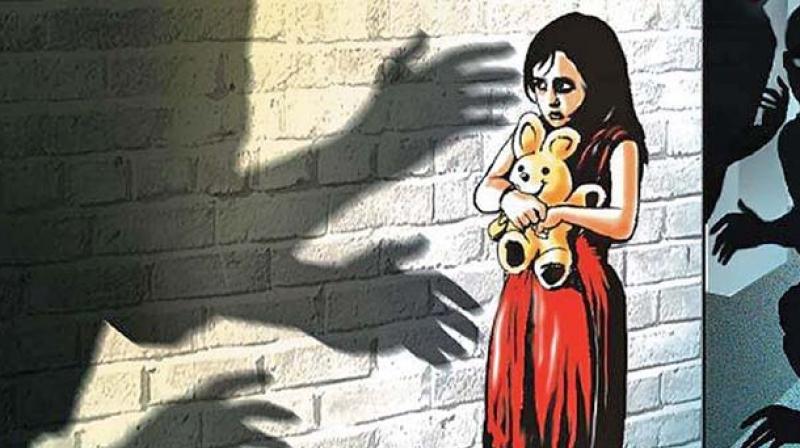 The CBI conducted investigations at 77 locations spanning 14 states, detaining ten suspects as part of a massive crackdown on online child sex abuse. The scheme, according to the CBI, encompassed 5,000 criminals from about 100 nations throughout Asia, Africa, the Americas, and Europe. The investigation was carried out across Andhra Pradesh, Delhi, Uttar Pradesh, Punjab, Bihar, Odisha, Tamil Nadu, Rajasthan, Maharashtra, Gujarat, Haryana, Chhattisgarh, Madhya Pradesh, and Himachal Pradesh.

According to an official release, On November 14, Children’s Day, the agency began a huge operation, filing 23 FIRs against 83 suspects in connection with accusations of online child sexual abuse and exploitation.

Ram Gautam, Satender Mittal, and Purushottam from Delhi, Surendra Kumar Nayak from Dhenkanal in Odisha, Nishant Jain from Noida, Jitender Kumar from Jhansi, and T Mohan Krishna from Tirupati have been arrested in connection with this case.

According to the CBI, they would produce the accused from Delhi before a competent court on Wednesday, while the remainder will be brought to Delhi on a transit remand for further investigation.  “The searches are still going on. Till now 10 people involved in the racket have been detained and the numbers may go up,” a CBI officer said.

According to reports, the FIRs have been registered under Section 14 (use of a child for pornographic purposes) of the Protection of Children from Sexual Offences (Pocso) Act and section 67-B (transmitting of material depicting children in sexually explicit acts) of the Information Technology Act.

“As per initial information collected, there are more than 50 groups having more than 5,000 offenders sharing child sexual abuse material. Many of these groups also have involvement of foreign nationals,” the CBI said. “It is initially learnt that there may be involvement of nationals of around 100 countries spread across various continents. The CBI is coordinating with sister agencies through formal and informal channels. Searches and development of further leads is underway.”

According to the CBI, the FIRs were filed in response to claims that numerous collectives of individuals based in India and abroad were circulating, collecting, and watching Child Sexual Exploitation Material (CSEM) through various social media platforms and groups. “It was also alleged that persons were disseminating CSEM by way of sharing links, videos, pictures, texts, posts and hosting of such content on social media groups/platforms and third-party storage/hosting platforms,” as per the CBI statement.

The CBI in 2019 established a Special Unit titled Online Child Sexual Abuse and Exploitation Prevention/ Investigation (OCSAE) in recognition of the significance of addressing and combatting online child sex abuse (OCSAE). As per the CBI statement, “Every year, a lot of children face abuse which becomes more horrific when online platforms are used. It is a challenge for all stakeholders including law enforcement agencies. Cooperation amongst law enforcement agencies is paramount for tackling this menace. The CBI as a National Central Bureau (Interpol-India) is uniquely placed to coordinate such matters having national and international ramifications,”.

The dark web, which is the section of the internet that isn’t indexed by search engines and can only be accessed with special software, is indeed a very dark realm – unpleasant, demeaning, offensive and downright atrocious. It’s simple to go through it to have anonymous access to child pornography. However, obtaining such content through the internet is also possible. Hundreds of WhatsApp, Facebook, and Telegram groups operate anonymously, trading disgusting images and pornography involving infants, toddlers, and even newborns. As India grapples with CSEM entering digital platforms like never before, law enforcement agencies struggle to pursue criminals online due to a lack of tools, skills, and awareness.

On January 12, a 21-page report with 40 suggestions on dealing with the “alarming issue of pornography on social media and its effect on children and society as a whole” was delivered by an ad-hoc committee chaired by Congress MP Jairam Ramesh. Prime Minister Narendra Modi was recommended to lead the charge in forging a worldwide political alliance to battle child pornography on social media.

A critical part of establishing awareness among youngsters and specialised counselling of those who have been traumatised has failed to gain traction in the flurry of hi-tech monitoring and dealing with criminals. “Teachers, parents and other stakeholders should be roped in. Counselling should be high up on the agenda,” according to Debarati Halder, an advocate and cyber victim counsellor. A preventive strategy, starting with programmes to prevent potential offenders from committing a sexual offence against a minor, is a stride forward towards a safer environment.

“It brought back everything.” Parvathy Ammal, the inspiration behind Jai Bhim, speaks out