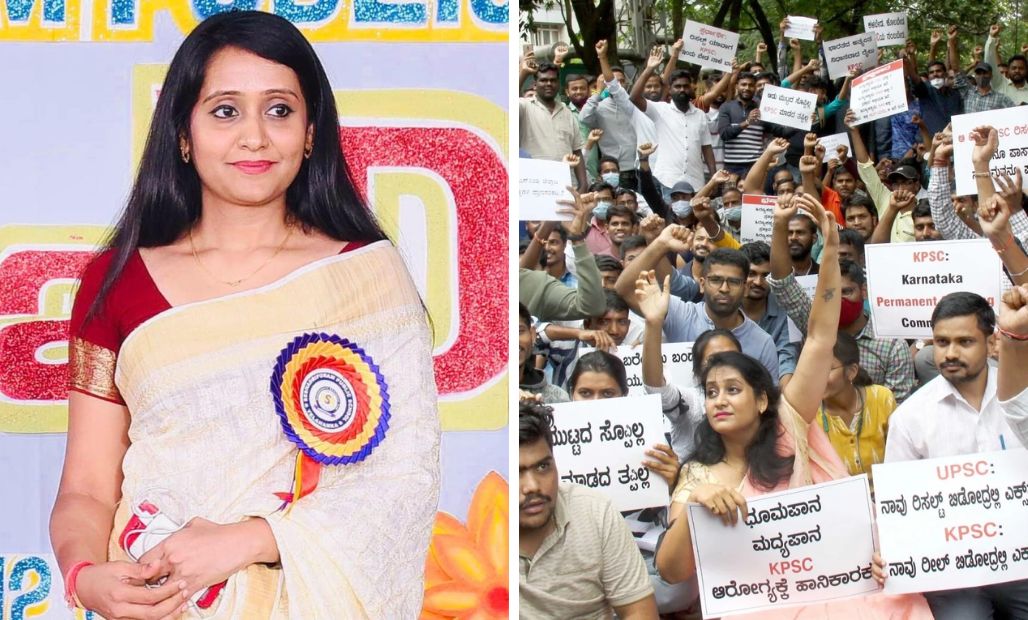 In one of her recent interviews, Bhavya Narasimhamurthy, a social worker and a member of the Congress Party shed light on the corrupt practices in Karnataka State Public Commission. While talking to ‘Insights IAS’, Narasimhamurthy opened up about her experience with the KPSC as an aspirant.

"People who appear for KPSC are not seeing any hopes. Every year one or the other scam emerges in KPSC," says Karnataka AAP president Mohan Dasari pic.twitter.com/hssHNmoM9S

“I wrote the KPSC mains 2012, that is when I understood the corruption there. Unless you paid money, it is hard to get in”, said Narasimhamurhty, spokesperson of the Congress party in Karnataka. “We can blame politics for the same, as the KPSC members are appointed by the ruling party. There needs to be a proper method for the appointment. KPSC has been under the scanner for corrupt practices. In 2013, the KPSC recruitment scam was unearthed by the Criminal Investigation Department. The findings showed that 15 percent of the aspirants paid bribes to the commission. The bribes ranged from Rs. 45 lakhs to Rs. 75 lakhs. All of those who paid the bribe were eventually selected.

The then Karnataka Chief Minister Siddaramaiah ordered a CID probe into the KPSC corruption issue.

Through the course of the investigation, the CID spoke to over 215 witnesses, accessed the bank accounts of the top brass at KPSC, and scanned 700 mobile phones. It was also noted that several answers were rewritten, and viva marks were awarded in return for the bribes. Besides, there were also visuals of middlemen talking to the KPSC chairman.

Come n register yourself as volunteer, call Darshan on 97421 39327 pic.twitter.com/xO1XILPxq7

However, 2013 was not the first time that such an incident had taken place. KPSC chairman in 1998-99 was deemed to be punishable for criminal conspiracy under section 120(b) of the Indian Penal Code. The then DGP wrote a letter to the Chief Secretary, mentioning the same.

In 2022, the Bommai government received a strong backlash when they passed the “Karnataka Civil Services Bill 2022”. The Bill validated the selection and the appointment of the 2011 batch. The passing of the bill met with commotion as it was not even discussed on the floor. The government justified the bill by stating that the officials were not found guilty of any conspiracy and corrupt practices. Bhavya Naransimhamurthy led a protest against the KPSC in July 2022 over the resulting delay. A public policy analyst, Naransimhamurhty specialises in gender and policy. An Ivy league graduate, Narasimhamurthy works for the upliftment of minorities. She has also been associated with the United Nations, for their projects.