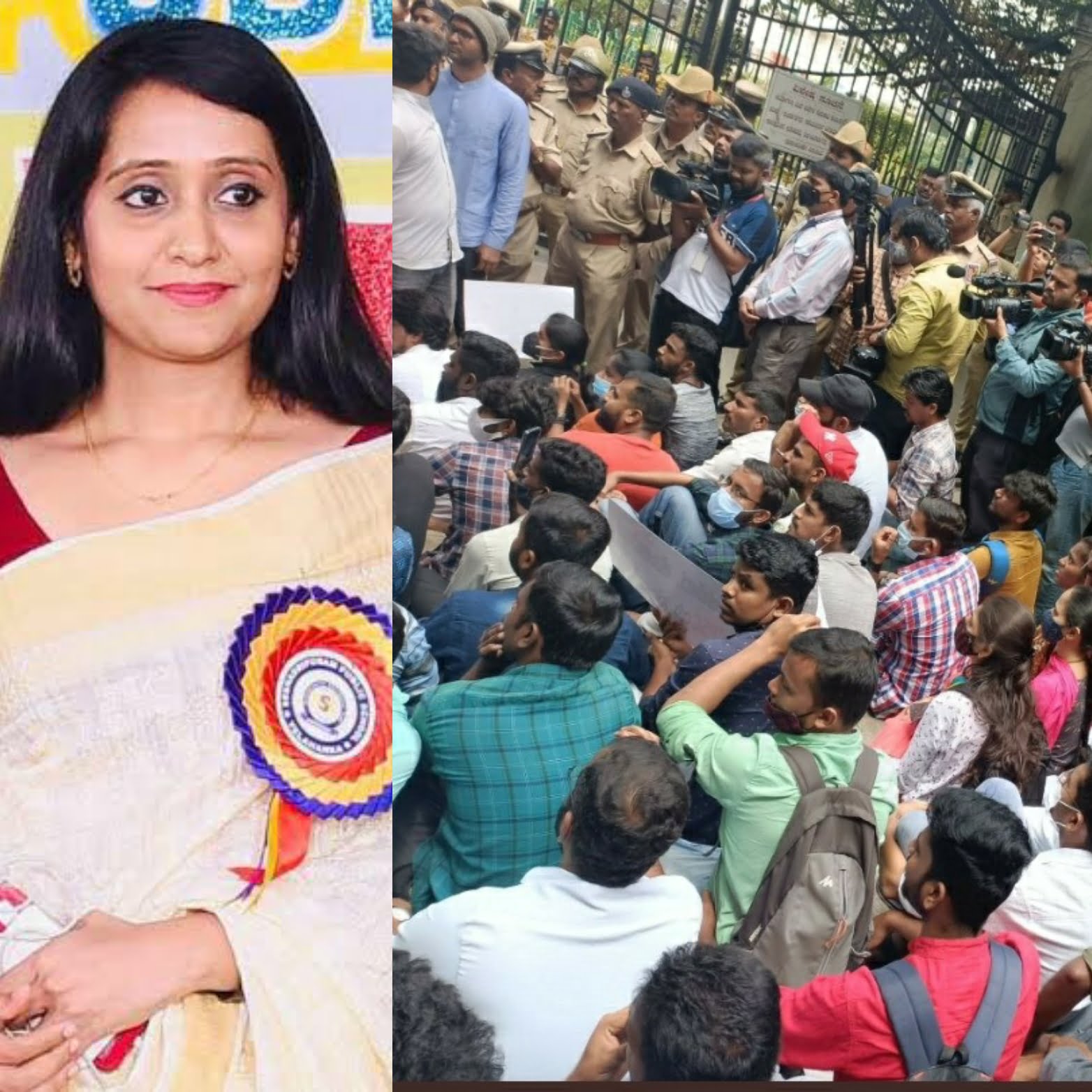 “I left home quietly to join thousands of others who were already protesting. If I hadn’t, there would be no meaning to having studied at the same university that Ambedkar did exactly 100 years before,” says Bhavya Narasimhamurthy, the Ivy League graduate who left her plush life back in the United States to come to India to try to make a difference.

As a policy analyst who did her masters in Public Administration and specialised in gender and public policy, she is well versed issues faced by the minorities and how to frame effective policies to combat them.

Social Activist Bhavya Narasimha Murthy protested against the KPSC for delay in Declaring Results, infront of the KPSC Office. More than 500 students gathered outside the gate@Bhavyanmurthy🔥#AspirantsAgainstKPSC pic.twitter.com/VcvpEyjfI3

Recently, the Karnataka Public Service Commission’s (KPSC) practises came under fire once more for delaying the release of the results of their recruitment exams.

Even though the main examinations to recruit KAS officers were held in February 2021, 17 months after, the results have not yet been released.

Todays protest against KPSC … More than 500 students gathered outside the gate and protested. 1/3 pic.twitter.com/H8RFTjAUq4

Among the few sparse voices who are trying to bring light to the injustice of the KPSC exam issue, Bhavya’s voice stands out loud.

#AspirantsAgainstKPSC please join us tomorrow for the protest against KPSC at 11 am infront of KPSC gate pic.twitter.com/aG3ZEhbh1y

Recently, the protest the organised by the Congress, heralded by Bhavya, saw more than 500 agitated students gather to demand the release of the exam results at the Udyoga Soudha, which is the head office of the KPSC. 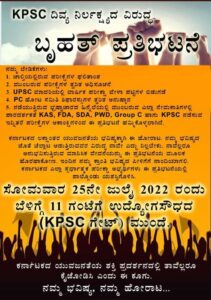 #AspirantsAgainstKPSC It's time for KPSC to respond proactively from its deep slumber ! It's the duty of a constitutional body whose only function is recruitment for civil services to take the accountability for the delay in recruitments.@CMofKarnataka @narendramodi pic.twitter.com/fYPJadknRy

Students had earlier taken to social media to express their agitation regarding this issue, since there are over 3000 government job vacancies that are yet to be allotted to students yet no results have been announced. Students claim that they have put their life on hold to be able to study in hopes of clearing the KPSC exams and this has put a stop to all their aspirations.

The problem with Kpsc is there is no proper accountability for the officers, causing delay in results. One notification taking 4 to 5 years to complete is utter nonsense. @Kanagalogy @Bhavyanmurthy @BSBommai @INCKarnataka @BJP4Karnataka @nimmasuresh
#AspirantsAgainstKPSC

Huge Shoutout to @Bhavyanmurthy . U have my deepest gratitude for being there and for voicing our grievances on dysfunctional Kpsc.
#AspirantsAgainstKPSC pic.twitter.com/1mH3QMYJxb

#AspirantsAgainstKPSC
KPSC is ruining lakhs of aspirants of life.Govt should interfere and make process faster and transparent

See the situation. Youths are in front of kpsc to ask their results. When will #KPSC will learn about youths. @BSBommai @siddaramaiah @nimmasuresh #AspirantsAgainstKPSC #AspirantsAgainstGovt https://t.co/m90vyPYLbE