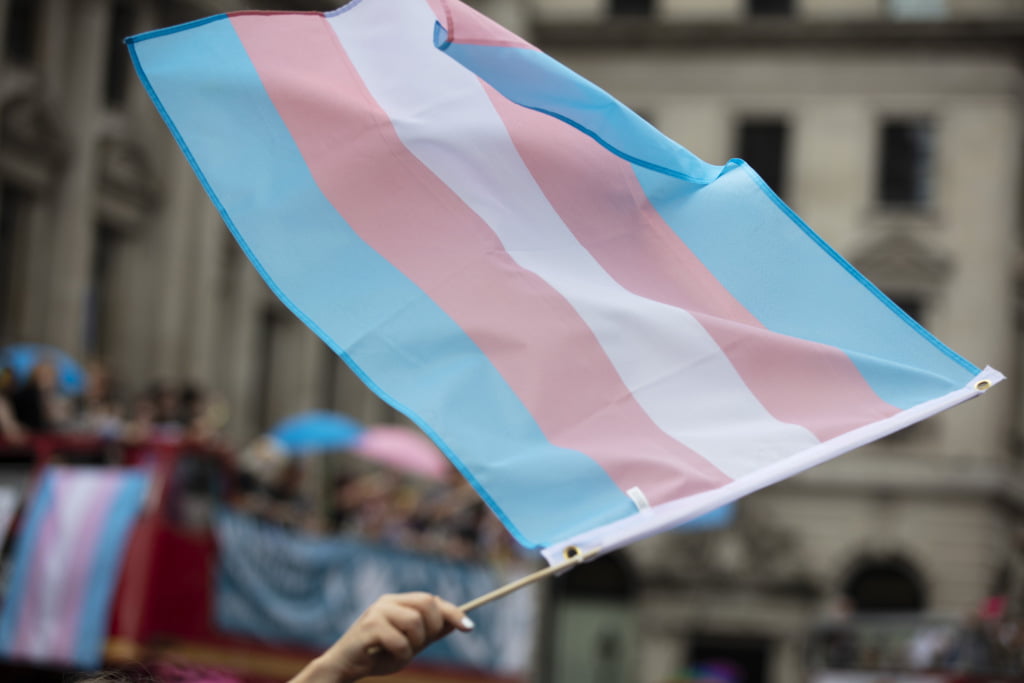 The rainbow-colored pride flag is usually the first thing that comes to mind when you think about LGBTQ symbols. Flagpoles, front porches, and lapel buttons all feature its trademark stripes and colors. And how about the fact that the rainbow flag has gone through numerous variations as it has evolved through time?  Did you know, that there are more than 20 distinct LGBTQ flags in total?

While most people are familiar with the rainbow gay pride flag, several groups within the LGBTQ+ community are less well-known, and many of them have their own flags including individuals who identify as lesbians, asexuals, pansexuals, demisexuals, intersex, gender-fluid, agender, aromantic, nonbinary, and polyamorous persons.

What’s important here is the fact that, the diversity of representation continues to evolve, a reference to sex, sexuality, attraction, and gender diversity.

The flags can also be used as a great learning tool. Sometimes people notice these flags and wonder what they represent, so it’s time to understand and learn something new in the meantime.

In the grand scheme of things, a flag is more than just a flag. All areas of health connect with LGBTQ+ identity and sexuality. Far too often, LGBTQ+ people don’t get the same level of care as people who identify as heterosexual.

Understand about these flags if you identify as heterosexual and would like to be an ally to the LGBTQ+ community (there’s even a flag for you, but more on that later). By the way, this isn’t a compressive list—but it’s a good place to start.

Baker’s version was modified in 1979 to remove two stripes. According to accounts, there were difficulties acquiring pink fabric as well as issues with having an odd number of colors, resulting in the turquoise being discarded as well. People are most familiar with the six-stripe design that resulted.

The rainbow flag was modified once again in 2017. More Color More Pride, a Philadelphia-based advocacy organization, added two additional black and brown stripes to the flag to represent racial minorities, who are frequently excluded from the LGBTQ+ community. Lena Waithe, a screenwriter, wore the new flag as a cape at the Met Gala to demonstrate her support.

Bears are a part of the homosexual and bi male subculture; they are often rough, macho, and hairy.

Craig Byrnes, a psychology student, collaborated with the bear community to design the Bear Pride Flag in 1995. As part of his degree, he was researching the rise of bear culture.

It symbolizes bears of various races and origins. The colors, however, are not actual skin tones. Instead, they’re the fur colors of the animal bear. The International Bear Brotherhood Flag is another name for the Bear Pride Flag.

Lesbian flags come in a selection of colors, but the labrys is based on Greek mythology. In Ancient Greece, the Amazons were a female warrior tribe that fought with the double-headed labrys axe. The weapon became a symbol for lesbian feminists in the 1970s. The black triangle on the flag is a reference to the emblem used by Nazi concentration camps to identify lesbians, which was later recovered by the lesbian community. Sean Campbell, a graphic artist, combined the labrys with the black triangle into one flag in the year 1999.

Another variation is a pink and red lesbian pride flag with a white bar in the middle and a lipstick kiss symbol in the upper left corner. It is thought to symbolize lesbians who exhibit their gender in a more feminine fashion. It has been criticized for excluding butch women from the flag.

The lips were removed and orange stripes were added to the lipstick lesbian pride flag. Approximately 5,000 people picked this as a potential new lesbian flag and voted for it. Because it includes lesbians who are butch, or otherwise gender nonconforming, this flag has been positively welcomed by the lesbian community.

The flag has three stripes to represent pansexuality as a gender-neutral or gender-inclusive attraction. Men are drawn to the blue stripe, women to the pink stripe, and individuals of all genders to the yellow stripe.

Intersex individuals are born with sex differences including chromosomes, gonads, sex hormones, or genitals that don’t meet the traditional “male” or “female” classifications. So the intersex pride flag, designed by Morgan Carpenter of the advocacy group Intersex Human Rights Australia in 2013, avoids the usual gendered hues of blue and pink. According to the organization, the circle is unbroken and unadorned, symbolizing totality and completion, as well as our potentialities. “We’re still battling for body autonomy and genital integrity, and this represents the freedom to be who and how we want to be.”

With a white stripe in the center, the flag incorporates the two colors usually associated with newborn girls (pale pink) and newborn boys (pale blue). The white stripe signifies “people who are intersex, transgender, or perceive themselves having a neutral or indeterminate gender,” according to Andy Campbell’s book Queer X Design: 50 Years of Signs, Symbols, Banners, Logos, and Graphic Art of LGBTQ.”

Another variation on the flag is to include a symbol to represent transgender people (female (♀), male (♂) and Genderqueer (⚨) in a single circle) transposed on top of the five stripes.

In 2012, JJ Poole designed the gender-fluid pride flag in response to a dearth of symbolic representation for genderfluidity. The flag features five horizontal stripes that signify femininity (pink), masculinity (blue), both femininity and masculinity (purple), a lack of gender (black), and all genders (white). He basically experimented around with the hues to what he found aesthetically pleasing, Poole stated in a 2018 interview. In especially, the purple. “I adored the color.”

In 2014, Salem X designed the seven-stripe agender Pride flag, which they characterized as an era when Tumblr “saw a large inflow of identities, pronouns, and other methods of customizing one’s identity” in an interview. (Agender is a term used to describe someone who does not identify with a specific gender.) The absence of gender is represented by the black and white stripes, semi-genderlessness is represented by the gray, and nonbinary genders are represented by the middle green stripe.

Nonbinary individuals did not feel they were represented by the genderqueer flag and hence Kye Rowan created the nonbinary pride flag in 2014. The yellow stripe represents people whose gender is not binary; the white stripe, people who have multiple or all genders; the purple, the fluidity and flexibility of many gender experiences and those who are considered a mix of male and female; and the black, agender and other genderless identities.

Daniel Quasar began campaigning for a modernized version of the traditional rainbow pride flag in 2018. Quasar, who identifies as queer and nonbinary, stated on his Kickstarter page, “I wanted to explore if there might be more focus in the design of the flag to give it more significance.” His reimagining is supposed to include queer people of color and trans individuals, as well as those who have died as a result of AIDS.

Polysexuality is the affinity to many genders, but not all of them, and is sometimes defined as a halfway ground between bisexuality and pansexuality. Tumblr user Samlin created the polysexual flag in 2012, saying they “drew it similar to the bi and pan flags as they’re all under the multisexual umbrella.” The pink stripe is supposed to attract women, the blue stripe attracts men, and the green stripe attracts those who don’t fit into either gender.

The straight ally pride flag, which is said to date from the late 2000s, honors all straight and cisgender individuals who are proud allies of the LGBTQ+ community. The black and white stripes indicate heterosexual genders, while the A-shaped rainbow represents both “allied” and “activist,” indicating a dedication to LGBTQ+ rights and inclusiveness.

The origin of the demisexual pride flag is unknown, according to The Gender & Sexuality Resource Center at the University of Colorado, however, the term “demisexual” (used to describe someone who feels sexual attraction to another person only after forming a close emotional bond with them) was coined in 2006 on The Asexual Visibility & Education Network (AVEN) forums by the user. Asexuality is represented by black on the flag, grey represents both asexuality and demisexuality, white indicates sexuality, and stands for community.

Aromatic individuals may or may not be interested in sex, but the romantic desire is never or very seldom experienced by them. The colors of the flag were inspired by the vast aromantic rainbow, according to The Gender & Sexuality Resource Center at the University of Colorado, which was designed by Tumblr user Cameron from Australia in 2014. Aromanticism is represented by dark green, while the aromantic spectrum is represented by light green. White represents “aesthetic” attraction (i.e. objectively finding someone attractive without being sexually or romantically interested in them), gray represents gray-aromantic and demiromantic people, and black represents the sexuality spectrum.

Demigender is a term used in the LGBTQ+ community to describe people who are nonbinary yet have a partial gender identification. It literally means “half gender.” According to The LGBT Sentinel, the dark gray and light gray stripes represent partial (binary) genders, the yellow stripe represents nonbinary genders, and the white stripe represents those who identify as agender or third gender. Two variations of the demi gender flag are the demi girl and demi boy flags, which replace the yellow stripes with pink and blue stripes, respectively.

The androgynous flag symbolizes people who identify as both male and female (not necessarily in equal measure). The blue and pink stripes on the flag signify masculinity and femininity, respectively, while the gray region depicts the metaphorical “gray area” between the two genders. According to The LGBT Sentinel, the flag creates a “equals” sign to signify “the equal interaction of the two binary genders (male and female) in a person’s identity.”

Omnisexuality is a term that refers to an individual’s attraction to people of all genders.It’s not the same as pansexuality, which is the attraction to people of all genders. Individuals can, of course, be both omnisexual and pansexual. The pink colors, naturally, represent feminine appeal, while the blue tones represent male desire. The black line in the center represents the other genders.

Polyamory is loving more than one person at the same time with all people involved consenting and respecting each other’s choices. In 1995, Jim Evans designed the Polyamarous Pride flag. Here, colors, are used to express emotions and values. As a result, blue represents the openness and honesty with all relationship partners. Red is a color that represents sincerity and passion.

Meanwhile, black symbolizes solidarity with those who are compelled to keep their polyamorous relationships hidden from the public eye. The initial letter of polyamory is the Greek letter ‘pi.’ Evans’ choice of Greek is unknown, given the term “polyamory” has a Roman basis rather than a Greek one (poly “many,” amor “love”).

The gold or yellow hue of the ‘pi’, on the other hand, indicates the ‘value we place on emotional connections with people, whether friendly or romantic in character, as opposed to mainly physical connections.’

We may see new flags and symbols as the LGBTQ+ world evolves; you are free to select the flag that best symbolizes you. Pride is about appreciating diversity and honoring the past and present of the LGBT community. It’s beautiful no matter how you celebrate.