The nightmare of living with an undiagnosed PMDD 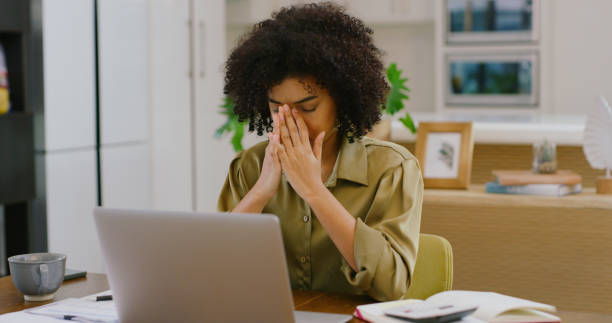 Have you ever had a day where everything in your life is exactly the same as it was the day before, but you feel like you’ve hit rock bottom and your psyche feels like a raw wound? That is exactly what Premenstrual Dysphoric Disorder (PMDD) feels like.

Premenstrual Dysphoric Disorder lies at the confluence of two strongly stigmatized topics in India: menstruation and mental health. It is sometimes dismissed as “part and parcel of being a woman” or simply disregarded as “just PMS.”

Unlike PMS, which starts two to four days before menstruation and manifests itself in a multitude of physical and emotional symptoms, PMDD starts one to two weeks before a woman’s period, known as the luteal phase. It causes a severe depressive episode that goes away once women begin menstruating and about 15% of women with PMDD attempt suicide.

Dealing with PMDD is experiencing severe anxiety, intense mood swings, nausea, and suicidal thoughts, all at the same time, and then boom! Periods begin, and you’re back to being a normal person. You have two weeks till everything unfolds again.

All of these symptoms, together with your regular PMS symptoms, combine to produce chaos, conflict, and a sense of being out of control in your life.

The most worrisome fact is that our experiences with such depressive disorder are so intertwined with our hormones as women – and we just don’t talk about it. It’s because it’s a matter of women’s health.

Let’s take a look at this disorder in detail

But PMDD has just been recognized as a clinical mental health illness for eight years, despite the fact that women have been fighting it for millennia. The Diagnostic and Statistical Manual of Mood Disorders, issued by the American Psychiatric Association in 2013, classified it as a depressive condition.

Regardless of the fact that the origins of PMDD are unknown, research indicates that women with PMDD may have low levels of the brain chemical serotonin (the hormone that helps your brain transmit nerve signals). Women having a personal or familial history of depression and or postpartum depression are also at a higher risk of acquiring the disorder.

Some days you have no desire to get out of bed or speak to anyone. A little voice in your head follows you around all day, telling you how awful you are, how no one likes you, and how you can’t do anything right. And that if you vanished, no one would notice. You’re always crying, always yelling, and always exhausted and bloated. Then your period arrives, and everything returns to normal. And then it all starts over again. Once again. Each month. Sounds fun, doesn’t it?

What we could do?

There isn’t much awareness around it. It isn’t your average, run-of-the-mill PMS. For many women, their experiences of extreme PMDD have literally turned their lives upside down. If your period is painful, mentally or physically, there could very well be a medical reason for it, and you have the right to know what is the reason behind it and seek medical help.

Due to gender-based stereotypes and discrimination in our society, women’s ailments and discomfort are not always taken seriously. As a result, many women are unaware of PMDD or the devastating consequences it can have on their lives.

What perhaps, feels funny is that the ordeal of coping with a uterus that seems as though someone is stabbing you is far less terrifying than the dread of telling others or seeking help. The word “period” wasn’t even uttered on television until 1985 and there are so many myths surrounding it. If we encourage an attitude of embarrassment and discretion from the outset, then that will permeate through into general society.

Without open discussions, certain things quickly become taboo subjects. Talking about PMDD won’t eliminate the disorder overnight, but it’s a great starting point. Instead of screaming about their health issues, women are whispering, googling their symptoms, and attempting to get by without mentioning it and that is worrisome.

PMDD is a beast, and instead of suffering in silence, it should be discussed on a regular basis so that those who suffer from its symptoms realize they are not alone.

Rather than an awkward one-time conversation about menstrual depression, families ought to have multiple discussions with their children in order to create “a new narrative” for the future generation. As Lauren Brim puts it: “Shame disappears when you shine a light on it.”

Pledge a Smile Foundation- A hope for the ones in need

10 questions that you must ask the Govt amid the pandemic