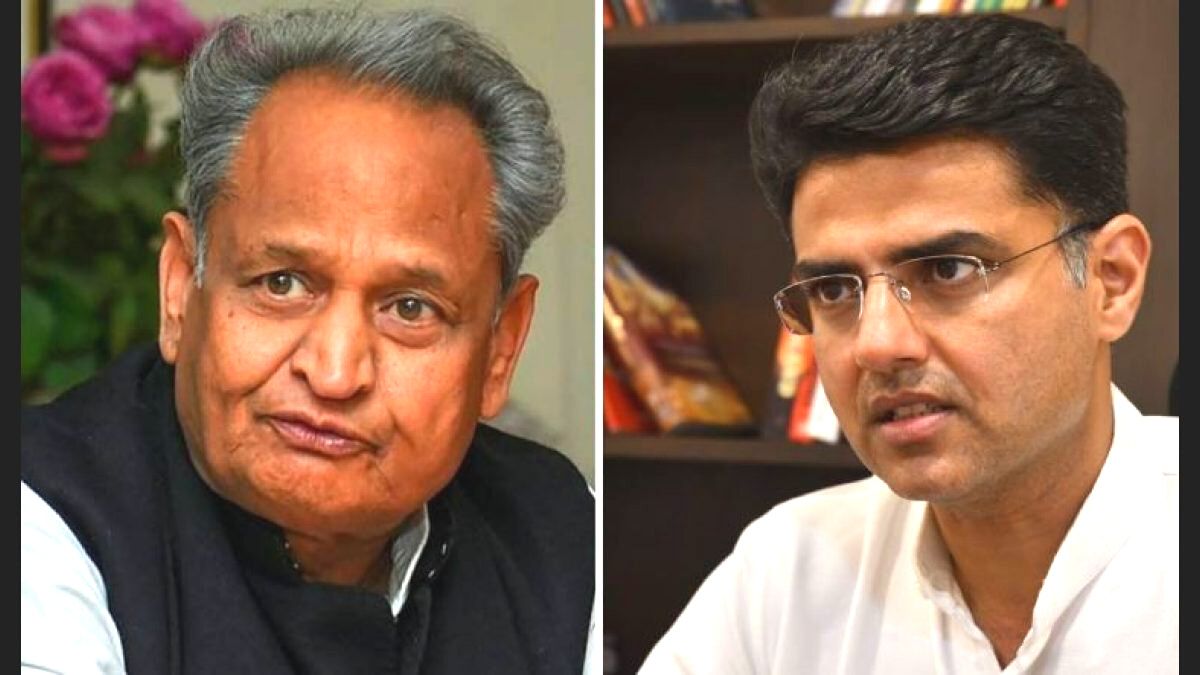 Several Congress MLAs, and loyalists to Rajasthan CM Ashok Gehlot submitted their resignation letters over Sachin Pilot’s candidature as the next Chief Minister. On Sunday, the crisis had unfolded when a crucial Congress Legislature Party (CLP) meeting was scheduled to take place amid buzz over the likely successor of Gehlot, who is set to contest the Congress presidential polls due next month. A group of about 90+ MLAs is believed to have submitted their resignation letters. 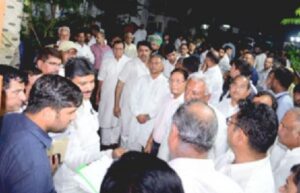 As the Congress high command’s inclination to hand over the chief ministership in Rajasthan to Sachin Pilot became apparent, Gehlot loyalist MLAs went into a huddle beginning Sunday afternoon to register their opposition. The MLAs started trickling into the Hospital Road residence of Cabinet Minister Shanti Dhariwal where they agreed on submitting their resignation to Assembly Speaker C P Joshi – signaling their protest against Pilot’s name, instead of going to the Congress Legislative Party (CLP) meeting at the CM’s residence.

Congress currently has 108 MLAs in the House of 200. There, however, was no official word from the Speaker’s office on the resignation letters. A four-member delegation of Shanti Dhariwal, Mahesh Joshi, Pratap Singh and independent legislator Sanyam Lodha conveyed to senior Congress leaders Mallikarjun Kharge and Ajay Maken that the CLP meeting should happen after October 19, once the presidential elections are over, people familiar with the developments said. As per an ANI tweet, AICC observers Mallikarjun Kharge and Ajay Maken are set to come to Delhi on Monday and submit the report to the top leadership. However, upset Rajasthan MLAs are not ready to meet the observers yet. The next step will be decided after the discussion with the high command.

Calling the crisis in Rajasthan “a totally fluid situation”, sources close to Rajasthan chief minister Ashok Gehlot said on Monday that he may not yet file nomination for the forthcoming Congress presidential elections. The response comes after members of the Congress Working Committee (CWC), the party’s highest decision-making body, reportedly told interim boss Sonia Gandhi to pull Gehlot out of the race to become her successor.

The rebellion comes as a direct challenge to the Gandhi family at a time when its members have ruled themselves out of the race for Congress President. Congress president Sonia Gandhi, former president Rahul Gandhi and general secretary Priyanka Gandhi Vadra had given word to Mr. Pilot that he will be made Chief Minister when Mr. Gehlot moves out of the State. 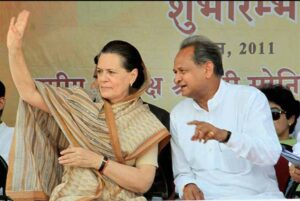 The Gehlot camp wants anyone but Mr. Pilot in the Chief Minister chair. Party’s State unit chief Govind Singh Dotsara, a leader of the Jat community, which is numerically strong in the State, is now one of the front runners for the post, backed by the Gehlot camp.

In July 2020, Mr. Pilot along with 18 MLAs walked out on the government protesting against Mr. Gehlot. It was contended that it was Mr. Pilot’s efforts as the State unit president that led the party to victory in Rajasthan and therefore he is the rightful claimant to the Chief Minister’s post. However, the rebellion fizzled out because he could not get critical mass to threaten the Gehlot government.

Meanwhile, amid all this political turmoil, Shashi Tharoor – the party’s Lok Sabha MP from Kerala and a member of the G-23 group of internal critics of the Gandhis – said he will file his nomination on September 30.