73 people were arrested and 6 minors were rescued from a “brothel” allegedly run by Bernard Marak, the vice-president of the Meghalaya BJP unit, in a major raid conducted by Meghalaya police.

The raid was carried out on Rimpu Bagan, a farmhouse owned by militant-turned-politician Marak. The West Garo Hills superintendent of police (SP) Vivekanand Singh told the reporters that the raid was conducted based on a tip-off.

SP Singh said, “We have rescued six minors – four boys and two girls – who were found locked inside dingy cabin-like unhygienic rooms at Rimpu Bagan, run by Bernard N. Marak and his accomplices as a brothel, for the purpose of prostitution.”

The children were turned over to the District Child Protection Officer (DCPO) for their safety and the proper application of the law.

During the raid, 27 vehicles, eight two-wheelers, nearly 400 bottles of liquor, and over 500 unused condoms were seized. Weapons such as crossbows and arrows were also recovered. 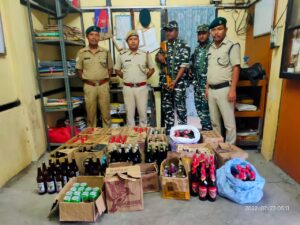 Some of the recovered items
Image Source: MeghalayaNews24

The police had arrested 73 people for their indulgence in “nefarious activities”, based on the evidence that was collected from the farmhouse. The police told the reporters that the farmhouse had 30 small rooms.

Meghalaya director-general of police (DGP), LR Bishnoi stated that the raid was a follow-up of a case that was filed in February where a minor girl was sexually assaulted, allegedly at Rimpu Bagan. The case was registered under POCSO Act. 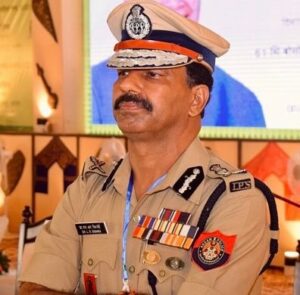 SP Singh further told the reporters, “It was ascertained that the minor was sexually assaulted multiple times over one week, and a case was registered under Indian Penal Code (IPC) Sections 366A (procuration of minor girl), 376 (punishment for rape) and sections of the Protection of Children from Sexual Offences (POCSO) Act,”

The victim told the court that she and her friend were taken to Rimpu Bagan by the accused and hired a room to sexually assault them several times.

The Meghalaya DGP further told the reporters that several people were found in “compromising positions” during the raid. Furthermore, several young men and women were found naked and drinking. The manager, caretaker and three staffers of the farmhouse were arrested as well.

A case was registered under the relevant IPC sections of the Immoral Trafficking (Prevention) Act, 1956. The police have asked Marak to cooperate in the case and surrender at the Shillong Sadar police station immediately. However, he has been absconding from the police. 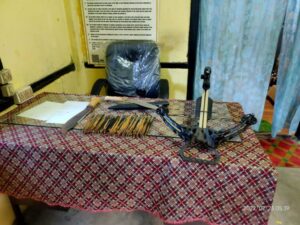 The weapons that were recovered
Image Source: Highland Post

When Marak was asked about his role, he denied all charges and stated that he was not absconding. He alleged that those who were arrested at Rimpu Bagan were “innocent” and that the police had “harassed” the minors. He further claimed that he was “sponsoring their study” and that the raid was politically motivated.

Marak is an elected representative of the Garo Tribal Autonomous District Council and was the leader of the now-disbanded militant outfit Achik National Volunteer Council (B), which was active in Meghalaya. He has more than 25 criminal cases registered against him.