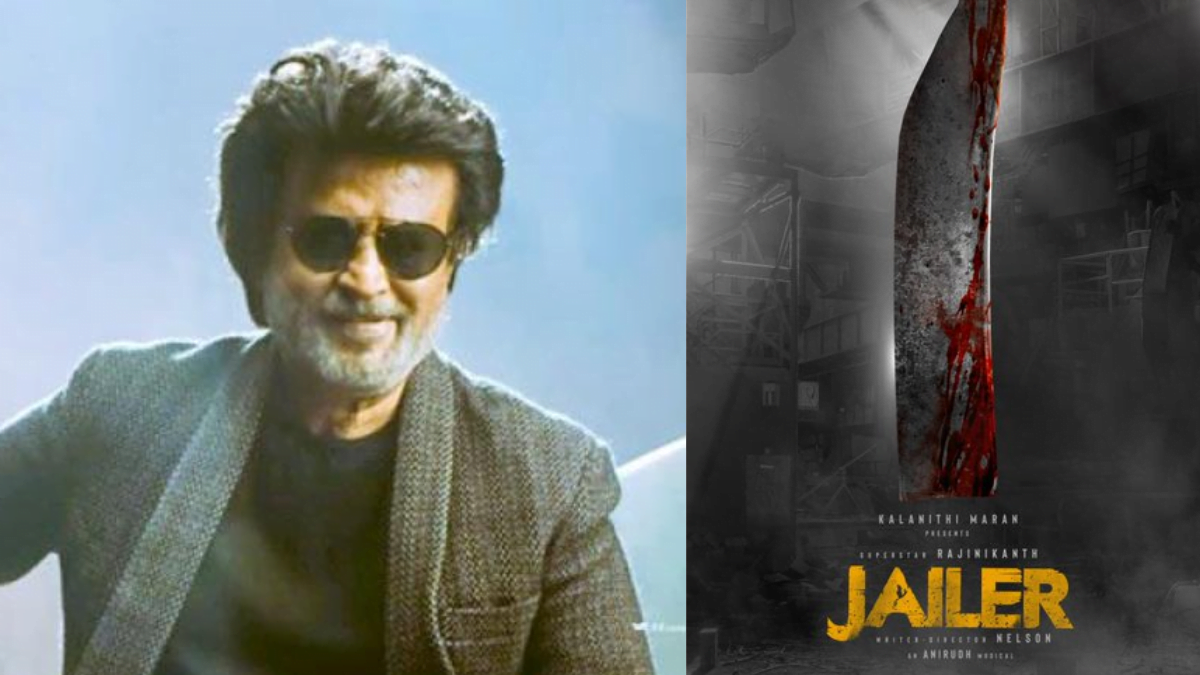 The movie is director Nelson Dilipkumar’s second movie for Sun Pictures after Vijay-starrer Beast. It is his first collaboration with Rajinikanth.

In their Twitter post, Sun Pictures Wrote, “#Thalaivar169 is #Jailer.” In the poster, we can see a blood-soaked meat cleaver hanging from a chain in an abandoned factory. The poster promises the audience a high voltage actioner.

The movie will feature Anirudh Ravichandra as its music composer while Kalanithi Maran would present it. The rest of the crew and cast is yet to be announced.

Let us look at what netizens have to say about the move’s poster!

The announcement we all have been waiting for is here! 😎👍🏼#Thalaivar169 is now #Jailer 🔥🔥🔥#superstar @rajinikanth @Nelsondilpkumar @sunpictures @anirudhofficial @V4umedia_ pic.twitter.com/81tImWB0W1

Here you go 🤩🥳 our @rajinikanth 😎 #Thalaivar169 is titled as #Jailer 🗡🔥 an @Nelsondilpkumar sambhavam is on the way 💥 music by rockstar @anirudhofficial 🎸 pic.twitter.com/GWP9vjlRtn

The time has come @Nelsondilpkumar 🔥🔥🔥🔥🔥🔥 rock it with #Jailer pic.twitter.com/vYiztuyYyo

What do you think of the poster? Do let us know in the comment section!

In this article:Jailer, movies, Rajinikanth