In a shocking incident that has come to light, a famous astrologer, Chandrashekhar Guruji from Bagalkot was brutally stabbed to death inside a hotel near Unkal Lake in Hubbali on Tuesday afternoon. According to reports, the astrologer stabbed him more than 50 times in the stomach, hands, legs and other parts of his body. This murder has come after the brutal murders which occurred in Amravati and Udaipur, however, this murder is not linked to them. 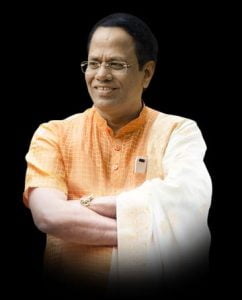 The CCTV video shows two men were seen approaching the astrologer to seek his blessings. Soon they began stabbing him multiple times before fleeing the crime scene. While there is no concrete reason for the murder, local media reported that the murder occurred due to a commercial dispute that has been going on for several years.

The astrologer was residing at the President Hotel in Hubbali when two men approached him around 12:30 PM and stabbed him to death a little while later. While onlookers tried to intervene, they were unsuccessful in their attempt. 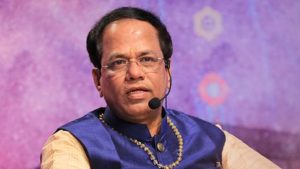 The CCTV video has sent shockwaves across Karnataka and CM Basavaraj Bommai called the murder a heinous crime. Furthermore, he promised the harshest of punishments against the accused. Moreover, the Hubbali police commissioner was instructed by the CM to conduct a thorough investigation into the murder.

The two men were apprehended by the police after they were tracked by their phone network. The police had stopped a white car that the accused had used to flee near Ramadurga in the Belagavi district. The two men were taken to Hubbali for further investigation. References: The Times of India and The News Minute.

In this article:#Karnataka, astrologer, murder