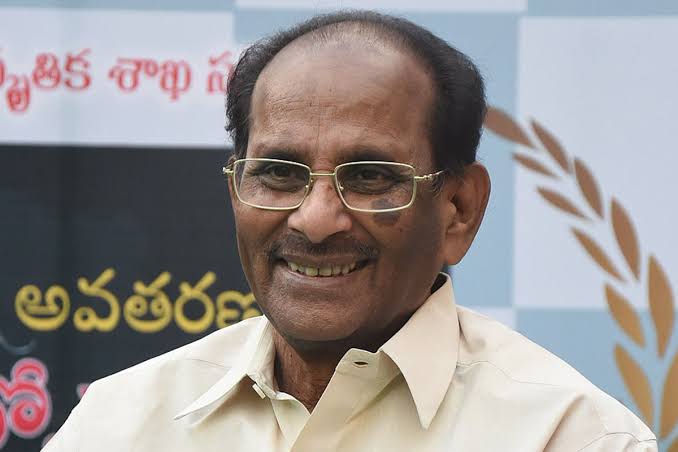 Renowned director and screenwriter named K. V. Vijayendra Prasad was nominated to the Rajya Sabha by the Modi government, garnering praise for the BJP administration from the Tollywood industry and politicians.

Prasad and the Modi government received numerous congratulations from actors, politicians, and other figures, including megastar K. Chiranjeevi.

The writer of blockbusters like Baahubali: The Beginning, Baahubali: The Conclusion, Bajrangi Bhaijaan, and Mersal Prasad was also in the works back in 2018 to write an ambitious movie about the history and journey of the Rashtriya Swayamsevak Sangh (RSS).

Prasad is also the father of SS Rajamouli, the renowned Baahubali series director.

Every movie star’s interaction with a politician attracts attention as election season approaches.

This was the case in 2018 with the meeting that Union Minister Hansraj Ahir had on Thursday in the city with renowned director Rajamouli and his father, writer Vijayendra Prasad.

Despite being marketed as a component of the party’s “Sampark for Samarthan” (contact for support) campaign, it has aroused widespread interest. The RSS and its actions are the subject of a script written by Vijayendra Prasad, according to recent reports. The movie also includes a character named Kishen ji Banarasi, who was honoured for his bravery in the 1940s by the RSS chairman.

It’s interesting how few people are aware that Vijayendra Prasad participated in a number of initiatives as a young RSS member.

While some sources claim that the film, which will focus on the RSS’s struggles and triumphs, is an effort to compete with the Shiv Sena’s biopic of Bal Thackeray (starring Nawazuddin Siddiqui), others claim that the film has a much larger agenda with an eye toward general elections and political agendas.

Akshay Kumar has reportedly been asked to take a role in the movie, according to several news organizations. According to insiders, the goal is to cast multiple A-list Bollywood celebrities as important characters in the movie.

Similar to what happened with the The Kashmir Files, where it even went to a point of the film being declared tax-free in a number of states, all of which are governed by the Bharatiya Janata Party (BJP), the mixing of political agenda and mediums of mass media, especially those as influential as big Bollywood films is a very slippery slope.

It blurs the line between simply campaigning for people’s support and goes into the territory of propoganda that is extremely dangerous for a country claiming to be a democracy.