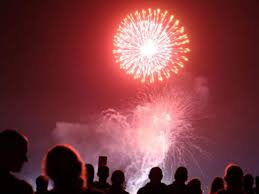 One common factor behind all kinds of #celebration of victory in India, are the #crackers. When India wins a cricket match, when any crowd favourite IPL team wins a season, when the Indian army services return victoriously and simply when your favoured politician wins an election. #Bursting of crackers may be an attribute given to the Hindu festival of #Diwali, but it is also a prerequisite for all other forms of celebration.

Several states like Rajasthan, Odisha, West Bengal and the like have already taken the final decision of #banning #crackers this Diwali, and the citizens of Karnataka are also waiting for the final say from the government.

According to recent statements given by Health and Medical Education Minister K. Sudhakar, the final decision for the ban of fireworks in Karnataka is yet to be taken after careful discussions with the CM, B S Yeddiyurappa.

“Experts have suggested that #firecrackers can badly impact the health of those who have already been infected by COVID and even to those who have not. However, I have asked them to further deliberate and submit a report soon. Based on their report, we will discuss the matter with the Chief Minister and take a call,” the Minister said. Reportedly, several experts believe that since the pandemic has repressed the immunities of several people who were either affected or simply exposed to the deadly virus, it is suiting to refrain from the usage of crackers altogether.

In lights of this, it is quite important to look at all the harm fireworks may cause to the environment, human health conditions and all that is subservient to these factors. Through this article, we wish to bring forth the ideology to refrain from usage of substances that could be harmful in the long run and in no way are condemning the practices of any religion.