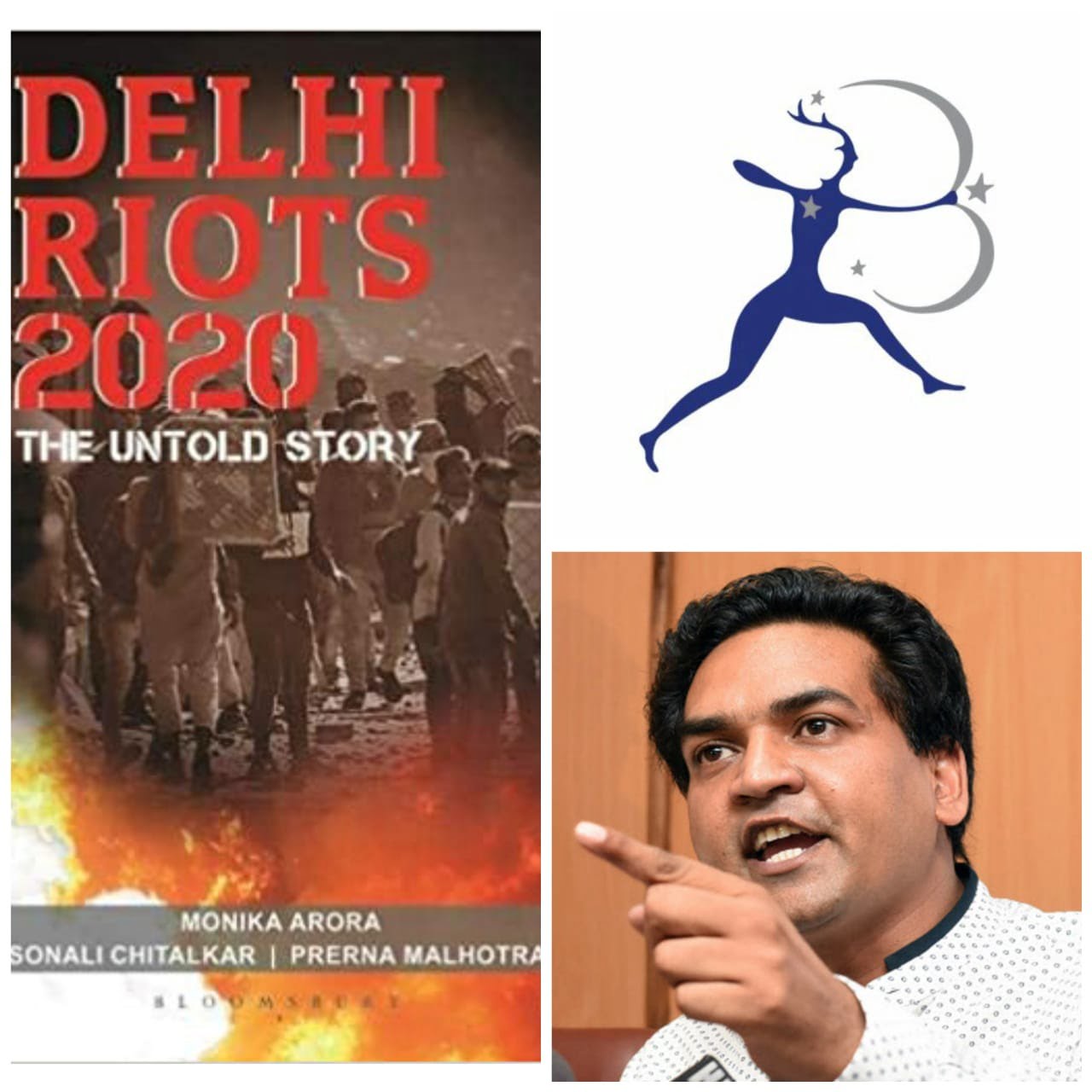 Twitter is bombarded with a call for boycott, yet again, and this time popular publishing house #BloomsburyIndia is at the receiving end of it. The publishing house, whose parent organization has also published the famous Harry Potter books came under scrutiny after they withdrew the publication of a book titled #DelhiRiots2020: The Untold Story’. The book was centered around the communal riots that happened in North eastern Delhi earlier this year. The book is authored by advocate Monika Arora, and Delhi University teachers Sonali Chitalkar and Prerna Malhotra.

#BloomsburyIndia decided to back out after they received backlash from many leading personalities in the country (mainly leftists and liberals) in the light of the event of virtual pre-launch of the book, which was organized by the authors. The event’s guest panel comprised of BJP leader #Kapil Mishra, whose #ProCAA speech is alleged to have been a trigger for the above said riots, filmmaker #VivekAgnihotri, and #NupurSharma, the editor of OpIndia. #BhupendraYadav, the national general secretary of BJP launched the book.

After launching the book, Bhupendra Yadav wrote “Delhi Riots 2020: The Untold Story tells us the liberals are not fighting for right to freedom of expression but the freedom to speak anything they want even that which harms the country. The Delhi riots were an attempt to wage jihad against the Indian state,”.

According to Newslaundry, Bloomsbury India were not aware of the event and their logo had been used without their knowledge. Yesterday (22nd August), the publishing house issued an official statement which said “Bloomsbury India had planned to release Delhi Riots 2020: The Untold Story in September, a book purportedly giving a factual report on the riots in Delhi in February 2020, based on investigations and interviews conducted by the authors. However, in view of very recent events including a virtual pre-publication launch organised without our knowledge by the authors, with participation by parties of whom the publishers would not have approved, we have decided to withdraw publication of the book. Bloomsbury India strongly supports freedom of speech but also has a deep sense of responsibility towards society.”

Post this Bloomsbury India has been facing a lot of wrath on social media as they are being accused of giving in to the demands of fascists and leftists. They are also being accused of curbing the Freedom of speech and expression of the authors. At least three authors, including JNU professor Anand Ranganathan, retired IAS officer Sanjay Dixit and India’s Principal Economic Advisor Sanjeev Sanyal have declared on Twitter that they wouldn’t be working with Bloomsbury India anymore and would also terminate all the existing contracts with them, following the recent events.

#KapilMishra, after the publishing house’s decision to withdraw said, “I would like to congratulate the authors of this book because they have managed to bring out such an authentic account that the custodians of freedom of speech, who even considered demeaning our motherland and our gods and goddesses as freedom of speech got scared of this book and started leading a smear campaign against it. Even before reading the book this lobby was afraid.” He also said that the book exposes “in fact, the untold truth of the Delhi riots and exposes the intellectual terrorism that was unleashed during that time”.

Those who are opposing the release of the 190-page book are doing so as they believe that the narrative of the riots in the book is false and highly manipulated. Monika Arora, the co – author wrote on her Twitter account that book was an account of “how Jehadi-Naxal lobby planned and executed Delhi riots [sic]”. In the book, the authors have also said that these “jihadis” and “#urbanNaxals” had links with the Islamic State and involved “professional sharpshooters”. They have also linked the #antiCAA protests at Jamia and #ShaheenBagh to the riots and have also said that in key areas like Shiv Vihar, which saw horrenodous violence, the first attack was mad by the Muslims mobs, the authors have said in their book.

The book also claims that the plans for the riots was made in December when the #antiCAA protests initially started at #JamiaMilliaIslamia. They have also said “that there are possibilities that PFI or ISIS might have provided the lists of targeted individuals as most of the targets of Islamic mob snipers were individuals who either belonged to security forces — police, intelligence agencies — or persons belonging to Hindu organisations.”

The #Delhiriots were a horrific incident which occurred in February between Hindus and Muslims which led to the death of 53 people and left more than 400 people, including women and children, injured. The opposers of the book cannot completely agree with the narrative of the book as the Delhi police had arrested 11 Hindu men and discovered a WhatsApp group called Kattar Hindu Ekta which comprised of 125 people in connection with the Delhi riots. The group was formed with the sole purpose of conspiring and killing Muslims and vandalizing their properties and local mosques. To know more about the riots and the WhatsApp group, click here.

After #BloomsburyIndia said they wouldn’t be publishing their book, co author Monika Arora has said that the contract was signed with the publishers after sending them the manuscripts of their ground reports and several emails on regular basis recommending edits and the final draft was approved a month ago. She also said that 100 books were already published by the house and were handed over to them. She also said that they (the authors) had informed Bloomsbury India about the launch event, the guests and had also put posters on public domain and they had no problem before the leftists- fascists scuttled her freedom of speech on Friday. No official E mail has been to sent to the authors about the withdrawal of the publication house, she said.

“Bloomsbury India had no problems with the book. But after people started tagging Bloomsbury UK, they pressurized Bloomsbury India and we were told that they might be withdrawing from publication due to international pressure. This is breach of trust and contract. Is it ethical to crumble under social media pressure?” Arora asked. Prerna Malhotra, another author has defended their choice to invite Mishra to the event and said “He has not been convicted or charged. Personally, I feel whatever he said did not trigger the riots. That narrative was manufactured.”

The authors have said that if not Bloomsbury, some other publishing house will release their book and if no one agrees, they will publish the book themselves and ensure it reaches people’s hands. Meanwhile, the whole series of events have gained a political as well as communal turn on Twitter. Heated debates are emerging from both the sides and a lot of hate is also targeted at people like Swara Bhaskar and Rana Ayyub who are openly criticising the book.

We have given you all the facts and it is up to you to decide now if Bloomsbury India’s decision was an act against Freedom of Speech and Expression or an attempt to be committed to their social responsibility as a publishing house. Let us know in the comments section about what you think.