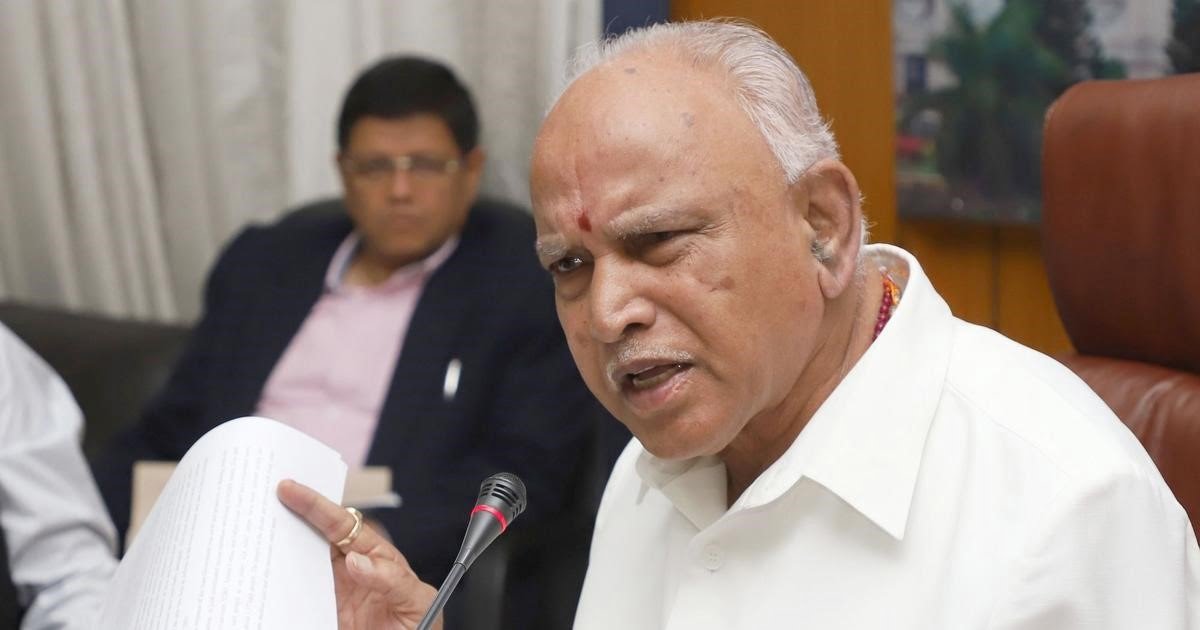 Karnataka withdraws 62 criminal cases against BJP leaders including CM B.S Yediyurappa The decision to withdraw the cases against the MPs and MLAs was based on recommendation of a subcommittee headed by the Home Minister Basavaraj Bommai. Moreover, the director general and the inspector general of police, the director of prosecution and the government has recommended withdrawing the cases but not forgiving those. Karnataka government decided to withdraw the criminal cases around various Bharatiya Janata Party (BJP) leaders who were likely to escape from the case even as the law department did not accept and were against it.

A complaint was filed against the Karnataka CM B.S Yediyurappa on November 26, 2019 after he has violated the election campaign and the election code of conduct. The Karnataka high court continued the proceedings against Yediyurappa by the district court of Gokak. He then moved to the high court seeking to subdue for a complaint on 26th November 2019. Complaints were registered against him under the section of 123(3) of the Peoples Act, 1951 and under the section 171(F) of the Indian Penal Code (IPC). Further the cases and the order was dated on 26th June. In November, the CM addressed the election rally in Gokak appealing to support MLA Ramesh Jarkiholi, who just joined the BJP along with other rebels. Yediyurappa said, “Veerashaiva Lingayat community members votes must be consolidated and should not scatter.” This led to the violation of the election rules and the regulations.

The withdrawn cases against the are quite a number, there was one against the Law Minister J.C Madhuswamy and Tourism minister C.T Ravi, who were charged under IPC sections 143 (unlawful assembly), 147 (rioting with dangerous weapons) and 339 (wrongful restraint). These led to a fight among two community students at Hunsur in Mysuru district in November 2015. The other case that was withdrawn was that of Hospete turncoat MLA Anand Singh. It is related to the blocking of the Hospete taluk office by 300 people followed by causing property damage almost worth Rs 3 lakh. Mr Singh was charged with criminal offences like intimidation, forcing a public servant to not do his duty. Not only this but he also caused damage to the property. Even the Agriculture Minister, Mr B.C Patil was charged with a case in 2012 when the congress MLA during the Ganesh idol Visharjan was a part of the mob and abused policemen by attacking with sandals, stones and even broken down the police vehicles and jeeps.

Mysuru MP Mr Pratap Simha was also charged with a case of over speeding, breaking barricades and injuring superintendent of police who tried to stop him when the Hanuman Jayanthi procession was going on in December 2017.

Some other cases that were also withdrawn involve leaders like MP Sumalatha Ambarish, Yelburga MLA Hallapa Achar, the chief minister’s political secretary, MP Renukacharya and former Kagwad MLA K.P Megannavar. All the leaders were charged of some criminal activity that led to the registration of cases.

Keeping in mind all these cases of the BJP leaders, the Law Minister J.C Madhuswamy calls it a regular procedure and told to News18 that the cases have been withdrawn in “public interest”. Decision on all the cases were already taken earlier and then withdrawn but that does not denote that the loots and criminal activities will be spared or forgotten added Madhuswamy. The minister also said that the cases will still be added in the criminal file and if Pratap Simha or Renukacharya fright for a public cause, the cases will also be withdrawn as they have every right to do that and if it is a good cause and nothing related to criminal offence like the political leaders. J.C further said the sub-committee was withdrawing many cases to reduce the burden as some of the cases will lead to inconsequential penalizing.