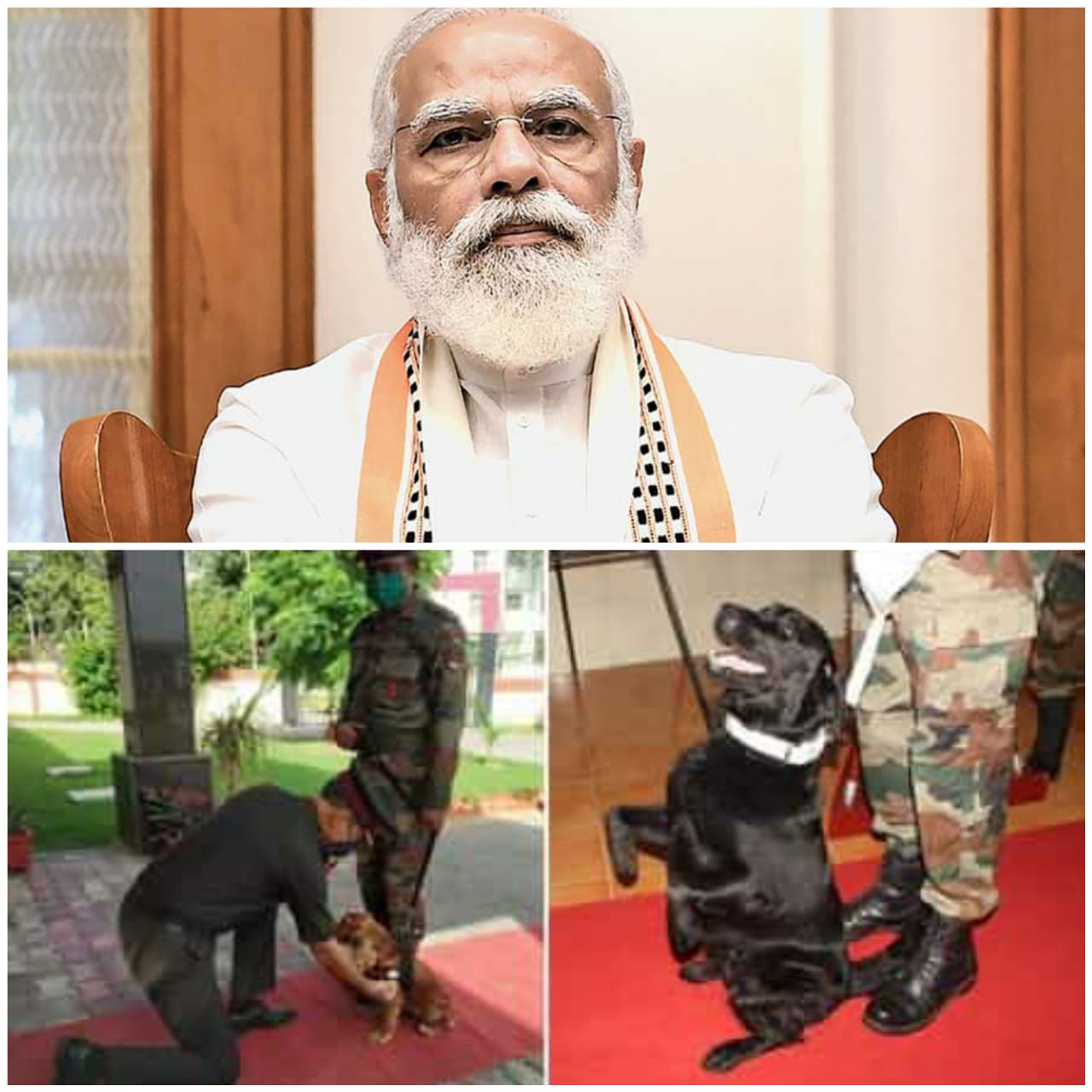 Yesterday (30th August), on his 68th#MannKiBaat, PM #NarendraModi spoke about how dogs played an important role in various security operations. Vida, a Labrador and Sophie, a cocker spaniel were the recipients of his special mentions. These dogs were awarded with the ‘Chief of Army Staff Commendation Cards’ during this year’s Independence Day. Vida, an army dog of Northern Command played a key role in detecting five mines and one grenade buried underground and prevented many casualties to its own troops. Sophie, belonging to the Bomb Disposal Squad sniffed out the presence of an initiator/accelerant which could have been used to fabricate an IED.

Now comes the question. Who doesn’t love dogs and toys? Majority of the people do. So on a normal day, this video would have gained a lot of cute comments and lakhs of likes. But not this week. On the contrary, since yesterday, this video has gained more than 6 lakh dislikes and a lot of angry comments. Why was this the case?

Well, as we are all aware, there is a massive protest going on online by students of our country, to postpone the #NEET and #JEE exams. There is an appeal to postpone these exams which are scheduled to happen on 13th September and 1-6th September respectively. While 9.53 lakh students have enrolled for #JEE mains, 15.97 lakh have registered for the #NEET. While we are battling a highly contagious pandemic, especially where the only way to shield ourselves is by maintaining social distance, how is it fair to expect students to come to exam centres, sit with thousands of others and give their exams?

Not only that, while some aspirants are struck abroad, some are struck in flooded areas from where availing transport in the current situation is a herculean task. #SonuSood, sure has promised the students of one state that he will help them reach their exam centres, but what about lakhs of students stuck in other states? Mr Sood certainly cannot help all of them. What is he the Government? Oh wait.

Anyway, this movement has now gained international support too with student organizations from all over the world expressing their support to postpone the exams. This is not by any means a small issue anymore. Students on Twitter urged to Mr Modi to postpone the exam with various hashtags. So, naturally, when Mr Modi goes on and on about how the next time, we think of bringing home a pet dog, we should think of bringing an Indian breed dog home, students were enraged.

To add to the element of surprise, Mr Modi also said that adopting Indian dogs will strengthen the need for ‘#AatmanirbharBharat’. “When self-reliant India is becoming the mantra of the masses, then no area should be left behind”, he said. One of the most important contributorsof a self-reliant country is its Human Resource. By putting the lives and future of lakhs of students in the face of risk, we aren’t doing any favours to the idea.

While the PM further spoke about how the Indian breed dogs are low maintenance, and already accustomed to our Indian conditions, he didn’t even once, address the students concerns. With the appeal for the postponing growing every day, there has been no response from the Prime Minister who once, in the same #MannKiBaat wanted to do “Pariksha Pe Charcha”.

In a democracy, especially the one with the world’s largest youth population, when dogs gain precedence over the needs of the young people, what exactly is the message that is being propagated? Let us know in the comments section below.