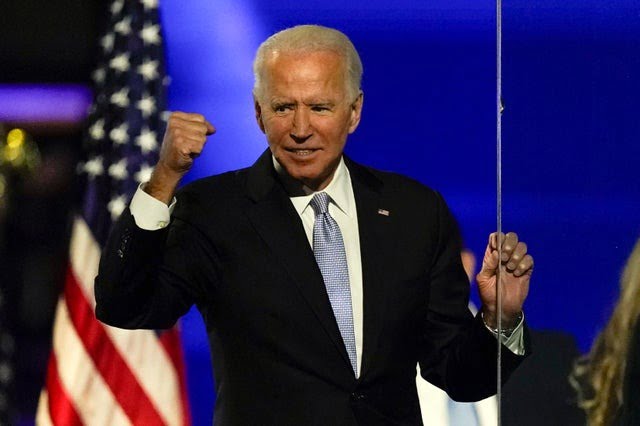 A politician at 27, a senator at 30, 3 presidential runs, a candidate with highest number votes ever in us Presedential history Joe Biden has been elected as the 46th president of USA. What does this mean for India? What history does #Biden have with #India? Will the current scenario progress further or will it suffer a backlash?

Historically speaking the democrats have had good relationships with India for e.g. John F Kennedy or Barack Obama all have tried to improve ties with India But very recently democrats have also irked the Indian sentiment in terms of foreign diplomacy by trying to interfere in India’s matter.

In 2019 #Democrats slammed president rump and also called for an urgent support of the UN when the special status of Kashmir was revoked because trump did not criticize India’s internal move.

Following this When India passed the #CAA, five Indian American lawmakers, all of them Democrats, spoke out against the Bill and pushed a resolution in Congress urging that the bill be removed again democrats were seen putting their nose where it was not required.

Does this mean Biden is not in favour of a multilateralism?

As opposed to his rival candidate president trump both Biden and modi share a common view of a multilateral society based on global cooperation. For India enjoys a very strong bi-partisan support in the us India has a very affluent diaspora and with china trying to exhort its power India and the us are becoming stronger strategic allies in terms of geopolitics and logistical supports.

Biden was one of the key advocates of strengthening the Indo-US partnership, especially in strategic areas. During 2019, the #US officially declared its support for India’s membership in a reformed and expanded United Nations #Security Council. This had been a key demand of successive Indian governments, which was fulfilled by Washington during Biden’s term as VP.

The #Obama-Biden Administration also named India a “Major Defense Partner” – a status approved by the US Congress – which made it easier to share advanced and critical technology to India to strengthen defence ties. This was crucial since it was for the first time that any country was given this status, outside of the US’s traditional alliance system.

In fact, in August 2016, at the far end of the Obama administration, the two sides signed the Logistics Exchange Memorandum of Agreement (LEMOA), the first of the three “foundational pacts” for deeper military cooperation.

LEMOA is extremely useful for India-US Navy-to-Navy cooperation, since the two countries are cooperating closely in the Indo-Pacific. It was in fact Biden who laid the foundation for BECA and COMCASA.

Recently in an Op-ed Biden wrote India and the us can and should be natural allies, also when Donald trump made a comment on India’s atmospheric conditions Biden tweeted it’s not how you talk about friends.

Biden played an important role, both as Chairman of the Senate Foreign Relations Committee and later as Vice President, in systematically deepening strategic engagement with India.

In fact, in 2006, three years before he became the Vice-President of the US, Biden announced his vision for the future of US-India relations: “My dream is that in 2020, the two closest nations in the world will be India and the United States,” he had said.

Although (then) Senator Obama was initially hesitant to support the Indo-US nuclear deal, Biden led the charge and worked with both Democrats and Republicans, to approve the nuclear deal in the US Congress in 2008.

What can be expected?

According to UBS global research Biden’s win can result in potentially more favourable US trade policies India is still expected to be a major defence partner for projects and exercises.

What about immigration and visas for Indians, especially H1B visas for skilled professionals?

This has been a major concern for Indians under the Trump administration. As Democrats are seen to be more liberal on immigration, Biden is expected to be softer towards Indians who go to the US to study, work and live there, and aspire for a better life.

But as the Trump administration has tightened the rules, it may not be very easy for Biden to reverse some of the approaches adopted in the last four years.

Overall, will he be a good President for India?

Over the last 20 years, every US President Bill Clinton, George W Bush, Barack Obama and Donald Trump had differences on many issues, but if there was one common theme on which all of them agreed was this: a stronger relationship with India.

What that means is that there has been a tradition of bipartisan support in favour of better ties with India, and every US President has made it better than what he inherited from his predecessor over the last two decades.

So, to cut a long story short, there is no reason to believe that Biden will not continue the tradition but of course, he will have his own style and nuances, and will put his personal stamp on the relationship.