“What do we know about the Indian born NZ minister?” 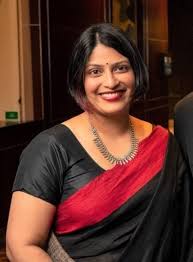 On the 2nd of November, 2020 the much welcomed news of an Indian origin minister being included into the parliament of New Zealand was announced.

Priyanca Radhakrishnan, aged 41, has been appointed as the Minister for Diversity, Inclusion and Ethnic Communities; Minister for the Community and Voluntary Sector; and Associate Minister for Social Development and Employment. She has been quite indulged into the politics of the country which she visited in order to pursue higher studies. She went on to become an MP in Jacinta Arden’s (the now Prime Minister of New Zealand) Labour Party. Priyanca is a twice elected MP as well as the leader of the Labour’s Party. The newly revamped cabinet that Jacinta describes as “incredibly diverse”, included five fresh ministers; Priyanca is one amongst them. Commenting on the cabinet formed, Jacinta expressed that “This is a Cabinet and an executive that is based on merit but also happens to be incredibly diverse.”

Priyanca is identified to be having her roots in the state of Kerala, as she was born to R Radhakrishnan, an ex-IITian who hails from the Ernakulum district of Kerala. Priyanca travelled to Singapore with her family back in the 80s where she and her sister Manavi pursued education and later moved to New Zealand. It is in New Zealand that she pursued a master’s degree in Development Studies from the University of Wellington. She began her career in the early years of the 21st century and worked for the social causes of the Indian community in NZ. It is only after 2006 that she joined the Labour’s Party. In the year 2017, she was elected as the MP from the party. She was also appointed as the Parliamentary Private Secretary to the Minister for Ethnic Communities in the year 2019. She has been elected twice as the MP ever since she joined the party. On the

whole, she has served the party for 14 years as of now.

She has had a rather matured relationship with politics as her maternal grandfather Dr C R Krishna Pillai is identified to have played a very important role in the politics of Kerala. Additionally, she met her husband Richardson, a New Zealand citizen while she worked for an NGO that was dedicated to the survivors of domestic abuse.

The thing about Arden’s new cabinet is that it reflects a lot of diversity as it includes Foreign Minister Nanaia Mahuta, who is reported as the first indigenous woman of Maori origin to be a part of the NZ politics. Additionally, the cabinet also includes Grant Robertson, who is celebrated as the first openly gay deputy Prime Minister.

The breakout of this news has attracted a lot of responses from the citizens, politicians and her relatives from India. Shashi Tharoor, the MP from Thiruvanathapuram from the Congress Party took to twitter to celebrate this news. “Congratulations to @priyancanzlp on becoming the first NewZealand Cabinet Minister of Indian origin. Keralites taking great pride in this news! “he said.

Furthermore, Shailaja Teacher, the health minister from Kerala also congratulated her. “Congratulations to Priyanka Radhakrishnan, who is given charge for social development, youth welfare and the volunteer sector in the @jacindaardern Cabinet . Priyanka is a native of Paravur, Ernakulam. This is the first time an Indian has become a minister in New Zealand,” she said.

Reacting to the news, R Radhakrishnan, Priyanca’s father has also expressed his joy and excitement. “The post of Minister was not totally unexpected. We believed that she would get some greater role in the government, and the Prime Minister had indicated to her about it,” he said.

Priyanca has indulged herself in the advocacy of those people whose voices are unheard and neglected, all her political career.