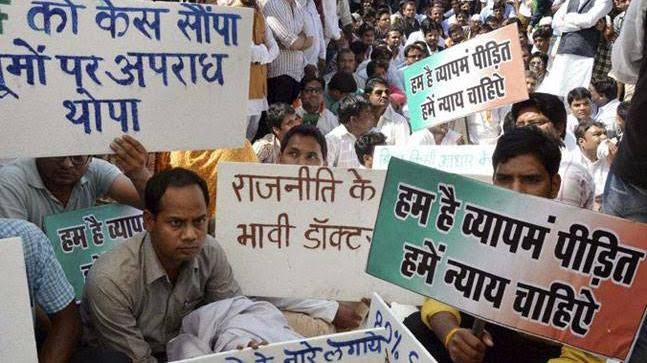 Recently, in connection with the Madhya Pradesh Vyapam entrance exam, admission, and recruitment scam, a special Central Bureau of Investigation (CBI) court in Gwalior convicted two individuals to four years in prison and fined them each 13,100 rupees. 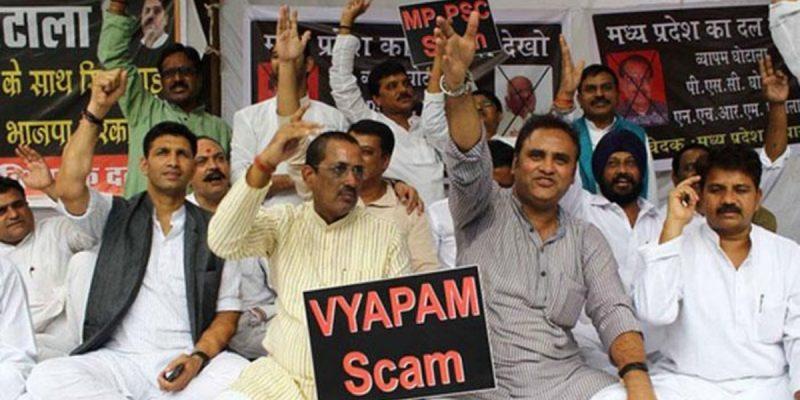 The government entity in charge of overseeing a number of entrance exams in the State is known as “Vyapam,” or the Madhya Pradesh Professional Examination Board (MPPBP) (Hindi acronym for Vyavsayik Pareeksha Mandal).

These entrance exams are used to select candidates for state employees and to admit students to its educational institutions.

What Did The Scam Involve?

A recruitment and admissions scandal involving politicians, high-ranking government employees, businessmen, and others has recently made headlines in Madhya Pradesh.

It involved unqualified candidates paying off politicians and MPPEB officials via middlemen in order to perform well on entrance exams or land employment.

Death threats have been made against the three primary whistleblowers, social activists Dr. Anand Rai and Ashish Chaturvedi, as well as IT consultant Prashant Pandey.

While reports of irregularities started to trickle in around the middle of the 2000s, the Vyapam controversy became murkier starting in 2007-08.

The lid wasn’t blown off, though, until 2013. According to the opposition, nearly 77 lakh applicants paid bribes to obtain positions and seats.

The Timeline Of Events In 2007, the whiff of deception was first detected. Vyapam was discovered to have both financial and administrative violations by the MP Local Fund Audit office.

Anand Rai, an activist, and physician from Indore accused the recruitment and admissions processes of being corrupted in public interest litigation (PIL) that was submitted to the MP High Court in 2009.

Shivraj Singh Chauhan, the chief minister, established an inquiry committee to investigate into the situation in 2011.

Anand Rai made shocking revelations in 2013 that resulted in a number of arrests. 20 people who planned to pose as candidates for the MPPEB who were set to appear on July 7 were detained by the police on the night between July 6 and 7.

The Vyapam scandal has created a trail of destruction, making it possibly one of the more nefarious scams to have surfaced in India.

As many as 50 people (some claim the number could be as high as 156) have inexplicably passed away since people started snooping around to find the truth in 2009, according to some estimates. Since 2012, 35 people have passed away.

Some committed suicide, while others died in car accidents and heart attacks.