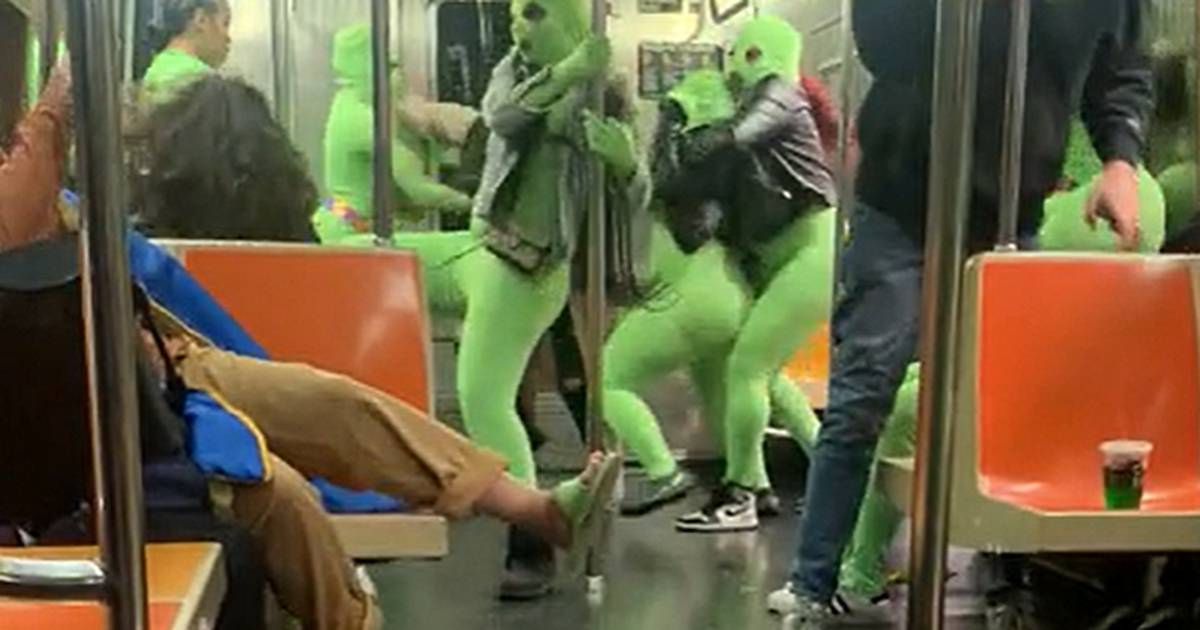 A viral video showing a bizarre group of female robbers creating a ruckus inside a subway train in New York, US, is going viral on social media.

In this video clip shared on Reddit, six women dressed in neon green are assaulting other passengers. These women first slammed one passenger around and then repeatedly punched the other passenger in the face. 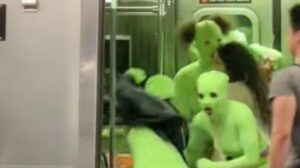 As per New York Post the group of women attacked two 19-year-old girls. They swiped their cellphones, credit cards, wallets and other items, the cops said. According to the social media post, this incident happened on Sunday (October 2) at around 2 pm in the Times Square Metro train.

Speaking to the outlet, the mother of one of the victims called the group of women the “Green Goblin Gang”. She said that her daughter and her friend were attacked by “complete animals” on Sunday. “She said she was attacked by aliens, and I didn’t know what she was talking about,” the mother told the media portals, “This is how she spent her 19th birthday. I hope they get what they deserve and then some because it’s disgusting.”