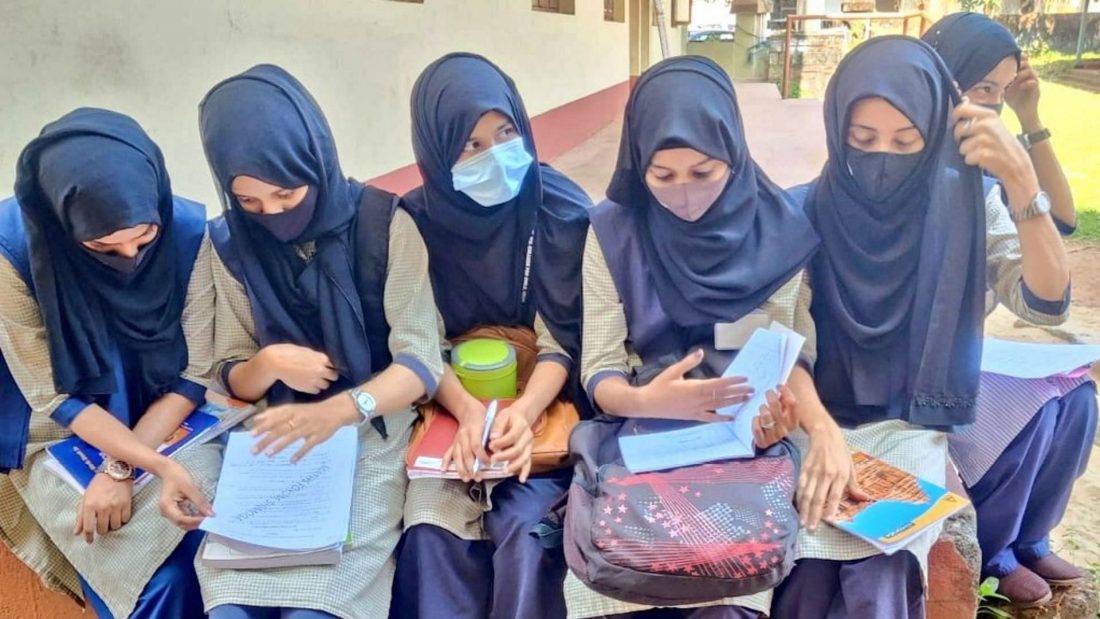 Image Via The Quint

On February 2, another hijab controversy erupted in Bhadravati, Karnataka’s Shivamogga district when students from Sir MV Government College staged a protest against female students who wore hijabs to class. Students from the institution came to campus donning saffron scarves and demanded that hijab be banned by the college management.

This is the third occurrence in Karnataka in the last month involving girl students wearing hijabs to schools or colleges.

In another incident at a government college in Kundapura, Udupi, according to the new state norms, management advised female students not to come to campus wearing hijabs.

The management, together with the local MLA and the parents of the pupils, had a meeting. A father of a female student stated, “We didn’t discriminate. We sent our students during all the Hindu festivals. Why is that you are discriminating with our students?”

In response to the situation, MLA Raghupathi Bhat only said, “Students should not come inside the college campus wearing a hijab.”

In the first incident, government college in Udupi had prohibited students from wearing hijab in the classroom, and seven Muslim girls had been barred from entry. They went to the High Court subsequently.

Since the last week of December, these six students have been  boycotting classes. The Government PU College for Girls in Udupi threatened disciplinary measures on Monday if the protesting students did not start attending courses without the hijab on Tuesday.

“There was a police deployment on the campus. We were told that we could enter the classroom only if we removed the hijab. We sat inside the campus till 1. 40pm. Several lecturers tried to tell us to give up our fight and attend classes,” one of the girls, Almas, said.

In this article:hijab, hindutva, islamophobia, Karnataka