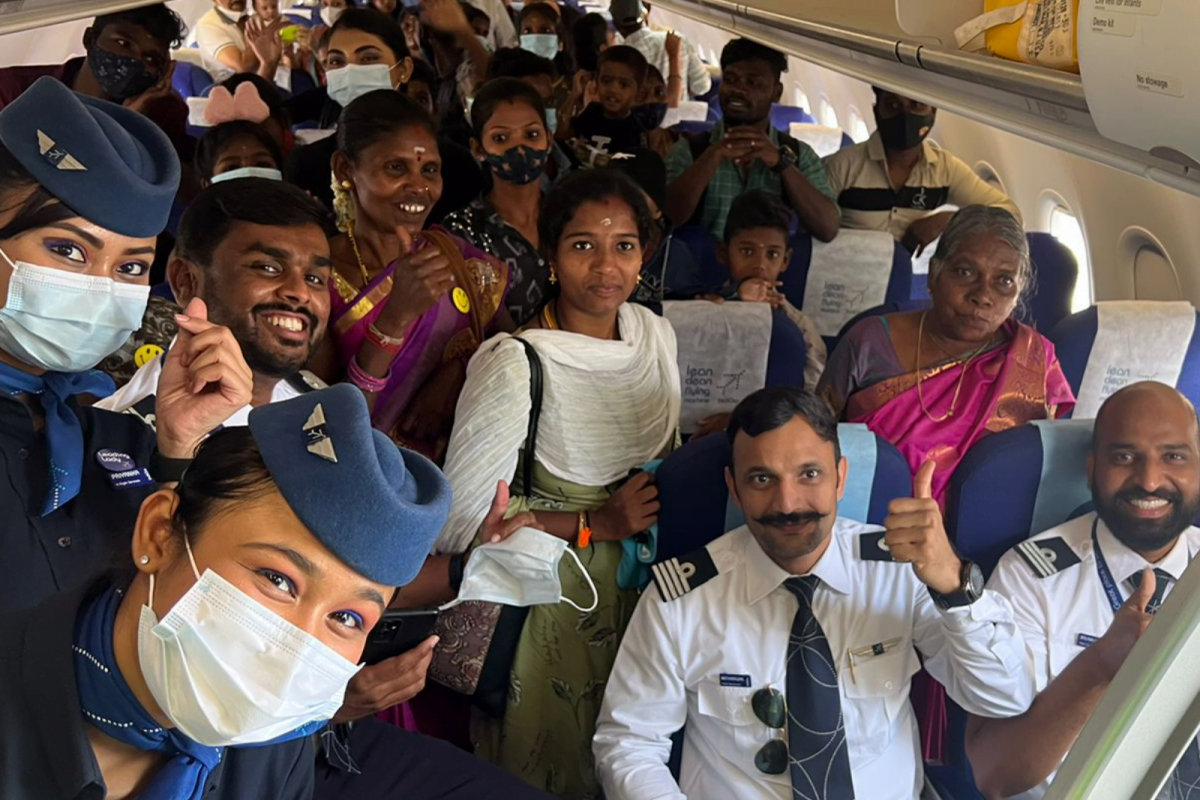 For 41 tribal people living close to the Isha Yoga Center in Coimbatore, July 20 was a monumental day as they took their first flight from Coimbatore to Chennai.

The tribal people from the villages of Madakadu, Mullankadu, Pattiyar Koll Pathi, and Dhanikandi were assisted by Isha Outreach in becoming the first generation to fly in an aeroplane.

As this was the first flight in the tribe’s history, Indigo Airlines gave this group special treatment. At the Coimbatore Airport, the tribals were welcomed with a huge banner congratulating them on their first flight.

It’s noteworthy that all of these tribal members are originally forest dwellers who are now entrepreneurs. When the Adiyogi was launched in 2017, it had a profound impact on their lives. The need for shopping, food, and drink was rapidly identified due to the increase in tourists, and the tribals rose to the challenge.

The Adiyogi statue is a Shiva with Thirunamam steel sculpture that is 34 metres high, 45 metres long, and 25 metres wide in Coimbatore, Tamil Nadu. The Guinness Book of World Records lists it as the “Largest Bust Sculpture” ever constructed.

The initial influx of tourists to Adiyogi enabled the indigenous business owners to become economically self-sufficient.

With Isha Outreach’s backing and assistance, as well as the careful guidance of Isha monks and volunteers, they quickly became skilled in all areas of managing stalls, shops, supplies, and logistics.

“We’ve only seen aeroplanes in TV and movies. So for me now, flying in one is an incredible experience!” said Vellachiamma, a tribal woman from Madakkad village who sells coconuts close to Adiyogi.

One of the tribals, Surya Kumar of Dhanikandi village, believes, “This is only the beginning.” “Adiyogi will attract more and more tourists with every passing year. Next year, there will be 100 villagers who will get onto an aeroplane. It’s on everybody’s wishlist.”