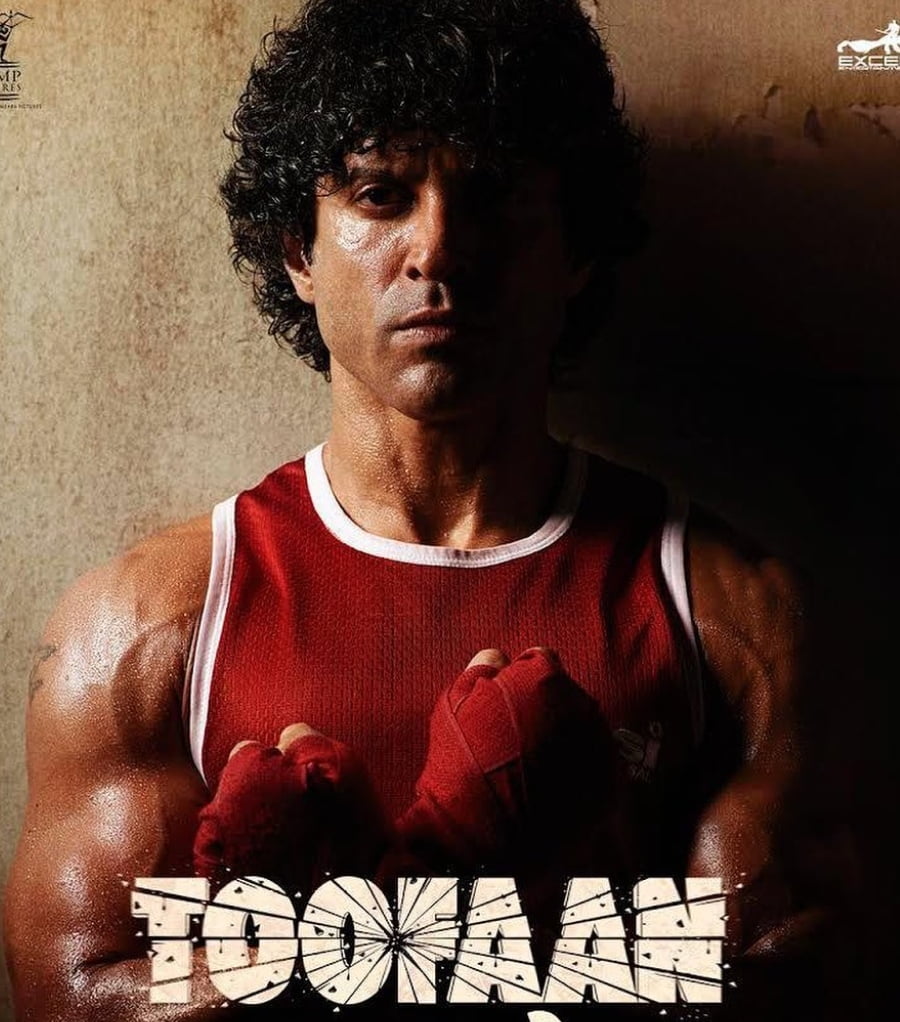 With all the uproar on the internet for its boycott, the much-awaited sports drama Toofan saw Farhan Akhtar once again don the role of a sportsman in its OTT release.

Toofan follows the same template of a sports drama and the story is foreseen in its trailer.

Aziz Ali aka ajju portrayed by Farhan Akhtar is a thug who works as a ‘vasooli’ under a local boss in Mumbai. Meanwhile, Mrunal Thakur plays a doctor in a government free-service hospital. The environment in which ajju grew and his upbringing serves as a reason for his character and mode of work in the story. A visit to the hospital for treatment eventually turns out to be a love story between Aziz and  Mrunal Thakur, who gives him two choices to either remain as a thug, ajju or Aziz Ali the boxer. Thus begins the story.

So what makes the story different from the rest when it follows the same template as other movies?

Rakesysh Omprakash Mishra known for his movies Rang de Basanti and Bhaag milkha bhaag has yet again addressed a much prevalent social issue of love-jihad and Islamophobia. Paresh Rawal as a strict conservative Hindu makes it much more efficiently addressed in the movie.

The smooth sailing love story hits the iceberg when Paresh Rawal is unable to digest the fact that his daughter is in love with a man from a Muslim community, even though he is one of his favourite boxing disciples. His enmity towards the Muslim community dates back to the time he loses his wife in a bomb blast in the city.

The instances in the movie addressing the concept of love jihad and Islamophobia in society are well written and executed. The chemistry of Farhan Akhtar and Mrunal Thakur has clicked with Mrunal Thakur providing justice to her role.

When it comes to boxing Farhan delivers a performance of a top-notch boxer, with a well-sculpted body and refined boxing skills. His dedication to his role and work ethics have already been proven in his previous sports drama Bhaag milkha bhaag.