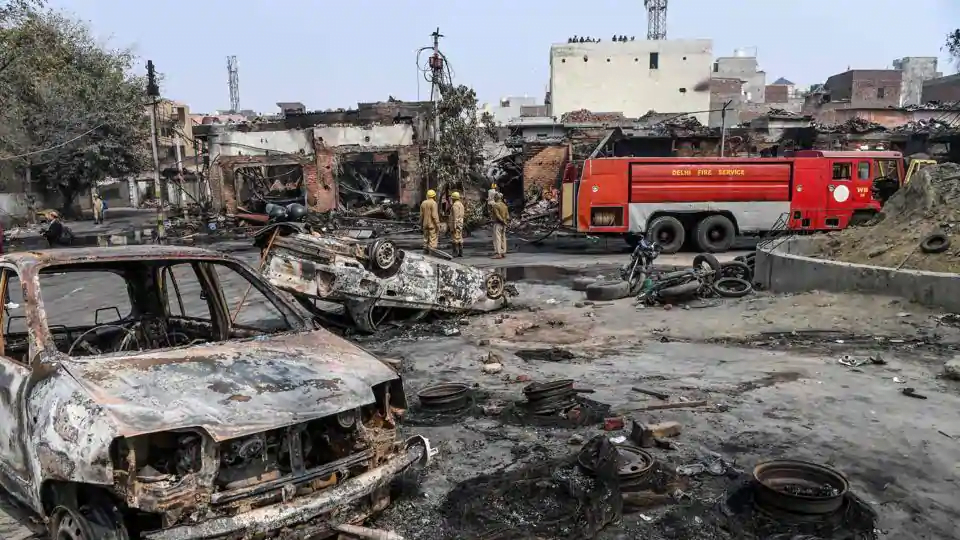 In February, Delhi was stirred up with public uproars, most noticeably terrible with conflicts among Hindu and Muslim groups in a few parts of the national capital. Houses were burnt and broken into, while vehicles were set on fire.

The three-day long violence erupted during US President Donald Trump‘s visit to India and he was in Delhi while the other part of the city truly consumed, yet neglected to remark on it. Prime Minister #NarendraModi too held up until Trump had left the nation and the quantity of murdered remained at 21 until he tweeted requesting that Delhi keep up harmony and fraternity.

In an announcement the police mentioned that 15 accused have been arrested so far out of 21. The police added, “Based on scientific, documentary and testimonial evidence gathered during investigation. The remaining 6 persons are expected to be charge sheeted in due course after collecting sufficient evidence and completing statutory and procedural requirements”.

Amidst the COVID-19 Pandemic, The Delhi Police Special Cell presented charge sheets at the Karardoma court in east Delhi in the month of May. The Police said they are investigating the “larger conspiracy” behind the uproars in North east Delhi.

#UmerKhalid former #JNU student was arrested on Sunday under the unlawful activities (Prevention) Act and subsequent remand to 10-day police custody. It is just the latest in a string of arrests of #student-activists in connection with the February riots in Northeast Delhi.

Initially, police had alleged – in two charge sheets filed in cases relating to FIR 65/2020 and FIR 101/2020 – that Khalid (along with former city councilor Tahir Hussain and community activist Khalid Saifi) had been attempting to trigger violence in northeast Delhi during US President Donald Trump’s visit to India, from the time he participated in a meeting on January 8.

Soon after his arrest, a large section of Twitterati stood in support of Khalid, demanding his release. Many called his arrest a #‘witch-hunt’ while questioning why Delhi Police hasn’t taken any action against Kapil Mishra, Anurag Thakur and Komal Sharma.

Komal Sharma is a student from Delhi University’s Daulat Ram College and an ABVP member, who was identified as the ‘masked woman’ in the January 5 JNU violence. Who is spite of being recognized as the masked woman is still walking free, while the others are arrested. Bollywood actress #Richa Chadda quoted her tweet with the news report and wrote, “But Komal Sharma is at large, hiding under an invisibility cloak.”

A 350-page charge sheet was documented against #ShahrukhPathan, the man in a red T-shirt who pointed a firearm at a police officer out in the open during the uproars in north-east Delhi, alongside two others, and submitted under the watchful eye of the Karkardooma Court in the early evening. Shahrukh, resident of Arvind Nagar, was arrested on 3 March by Delhi Police’s Narcotics Cell, Crime.

The charge sheet recorded by Delhi police special cell at Karkardooma Court is more than 17,000 pages. Packed in steel boxes, 2,692 pages of the tremendous charge sheet indicates the charges against the blamed while the rest pages incorporate the annexure. Among those named in the charge sheet are #NatashaNarwal, #DevanganaKalita, #AsifIqbalTanha, #IshratJahan, #MeeranHaider, #SafooraZargar and Khalif Saifi.

“The charge sheet includes the names of 15 persons who were charged under the stringent #UAPA [Unlawful Activities (Prevention) Act] and other serious charges like murder, rioting and attempt to murder. The persons named in the charge sheet were found instigating people gathered at anti-CAA (Citizenship Amendment Act) protest sites,” said a police officer.

“It took 195 days to complete the first phase of investigation. During this period, 747 witnesses have been examined and approximately 75 electronic devices have been seized as part of the investigation. Based upon scientific, documentary and testimonial evidence, a total number of 15 accused have now been charge-sheeted out of the 21 persons arrested so far,” Delhi police said in a statement.

In the charge-sheet, Delhi Police also revealed details of a meeting held at Chand Bagh on the intervening night of February 16 and 17.It was at this meeting,that they decided to protest in areas like North-East, Shahdara, and South Districts. They arranged for transportation, brought in manpower, and planned logistics to execute the protests against CAA across the National Capital.

Many prominent personalities have come up in the charge sheets. In a disclosure statement of the former congress councilor Ishrat Jahan and Khalid Shaifi (who is also accused) these names have been mentioned: Former External Minister #SalmanKhursheed, Advocate Prashant Bhushan, activist turned politician Yogendra Yadav and activist Harsh Mandal. Khurshid’s name has been mentioned many times in the exposure articulations of accused Khalid Saifi. His disclosure proclamation from March 30 mentions that to “prop the dissent up and supporting it for long”, he and Jahan called numerous individuals, including Khurshid, to convey “provocative discourse”.

The others whose names have been mentioned in the #chargesheet by the #DelhiPolice alleging a conspiracy in the #NortheastDelhiriots include CPI-ML Politburo member Kavita Krishnan, student activist Kawalpreet Kaur, and scientist Gauhar Raza.

Delhi Police seems to be saying that the conspirators were creating a “false narrative” to protect themselves. It also hints that the BJP leader Kapil Mishra could be one of the “whistleblowers” in the case of the Delhi riots.

A lot of people have raised questions on the internet and several media houses questioning “if the Delhi riots 2020 were pre planned?” However, Delhi Police claimed that seeds for the violence were sowed after the results of the 2019 general elections were declared and that the conspirators wanted to topple an elected government.

According to the charge-sheet, the conspirators executed their plan when US President Donald Trump was on his first state visit to India, to hit “two birds with a single stone”. They took to communal violence to blackmail the government, indicated the charge-sheet.