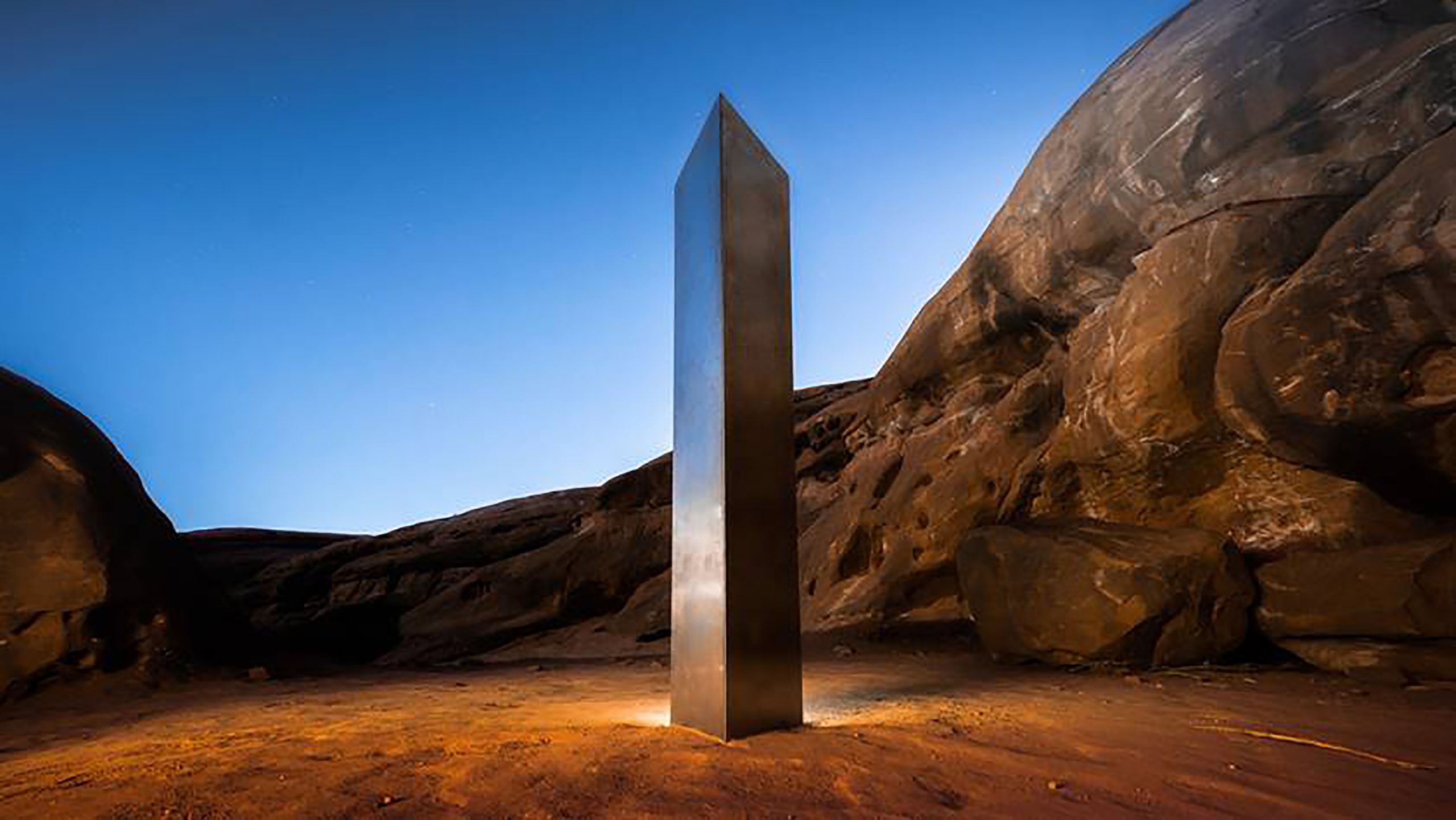 Mysterious shiny monoliths started cropping up around the world, starting with Utah, United States of America on November 18 followed by Romania, England and recently in Netherlands. This appearing and disappearing object has taken the internet by storm and conspiracy theorists have taken a dive to come up with any and all explanation they can for this mysterious occurrence.

What is a monolith?

According to the Collins Dictionary, a monolith is a “very large, upright piece of stone, especially one that was put in place in ancient times”. Stonehenge is perhaps the most famous example of a collection of monoliths.

What is so special about these monoliths?

Unlike Stonehenge, these monoliths are made out of shinny reflective metal. The mystery is that they appear out of nowhere and disappear too. But what has really made them popular on the internet is the comparison of these monoliths to similar ones in Stanley Kubrick’s classic sci-fi film 2001: A Space Odyssey. In the movie, monoliths were shown to be planted by aliens to trigger a leap in human evolution.

Sightings of the monoliths

Theories behind these monoliths

Most authorities and media houses are speculating these occurrences are works of some artists, created and installed in the vein of the Land Art movement which emerged in the 1960s and 70s. And many artists have made claim to these works, even though there is no solid proof for it.

Some are still expecting it to be some kind of add propaganda to promote a product or a cause, though it seems very unlikely as nothing of that sort has come up.

Another theory is that, it is all probably a hoax or prank to induce fear or belief of the extra-terrestrial. However, there is no doubt about the fact that conspiracy theorists jumped at the first occasion of drawing a similarity of the monoliths spotted with monoliths in the movie 2001: A Space Odyssey, claiming this is a proof for extra-terrestrial or alien life form.