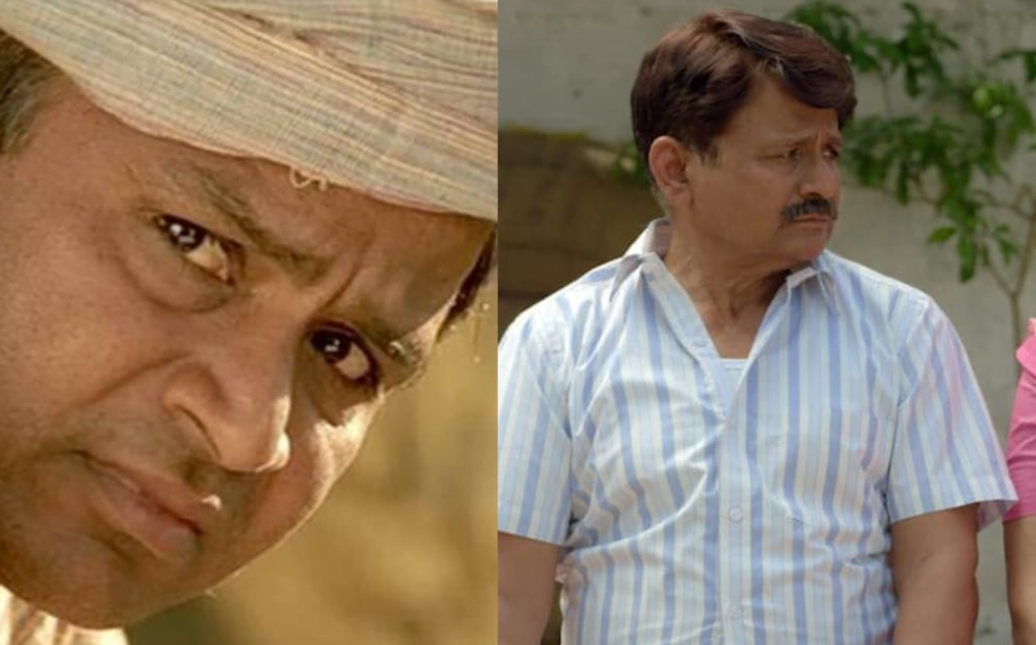 Raghubir Yadav, a veteran actor and industry legend, has played some of the most iconic figures in theatre, television, and film throughout the course of his thirty-year career.  The 62-year-old actor, who has officially joined the OTT club with his series ‘Panchayat,’ has received tremendous applause for his performance. In light of his latest role, we are taking a step back and admire the artist he has become over the years.

Born and raised in Jabalpur, Madhya Pradesh, he joined the travelling Parsi Theatre Company at an early age, followed by an unbelievable acceptance from the National School of Drama (NSD) in 1974.
“My mother’s words have always rung true. Never think of harming anyone. I don’t know if people see this innocence in me but I do agree with the simplicity of the characters, people appreciate me for.”

He shot to fame in 1989 as the title character in Prakash Jha’s cult comedy ‘Mungerilal Ke Haseen Sapne,’ which premiered on Doordarshan TV. With his immortal character of “Chacha Chaudhary” in a TV series based on the iconic Indian comic book, he became a household namw. At the 1987 International Film Festival of India, he was the first Indian actor to win the renowned ‘Silver Peacock’ Best Actor Award.

He has experienced his share of obstacles during the course of his illustrious career.  He recounted his periods of adversity in an interview with PTI, confessing that even when he could only make a little money, he was able to receive some of the greatest and most valuable life lessons. He said, “When I was doing the Parsi theatre, I would get Rs 2.50 per day and there were days when it was only 50 paisa. For six years, I lived like a nomad with that theatre company. It taught me everything about art, culture, and music. Our industry is all about business and unless and until one learns these things they can’t do good work.”

He further said that even when his passion for theatre didn’t cover any expenses, the excitement of being curious and learning new things kept him going, saying that “The best lessons in life are learned in scarcity. If I would have been living in the luxury of big houses, I would have never gained the knowledge. The thrill of learning gave me another kind of high.”

Yadav admitted in an interview with Firstpost that even in this stage of his life, he is still frightened of living in the spotlight. “Yes. I’m not one to show and tell. I like to do work, but I won’t go out hunting for it or standing in lines for it. The work should speak for itself. We are just actors anyway, not super humans. Why should we project ourselves more than required?” he asks.

“You only learn from hardships in life. To remain humble, to remain connected to your roots every time I think I’ve had enough of the city, I go back to my village. I could never learn to blow time away. Too much happiness, is also perhaps a problem. Happiness is a poor teacher. So is praise. Tareef ko tolna bhi anaa chahiye (you can’t measure praise),” he says.