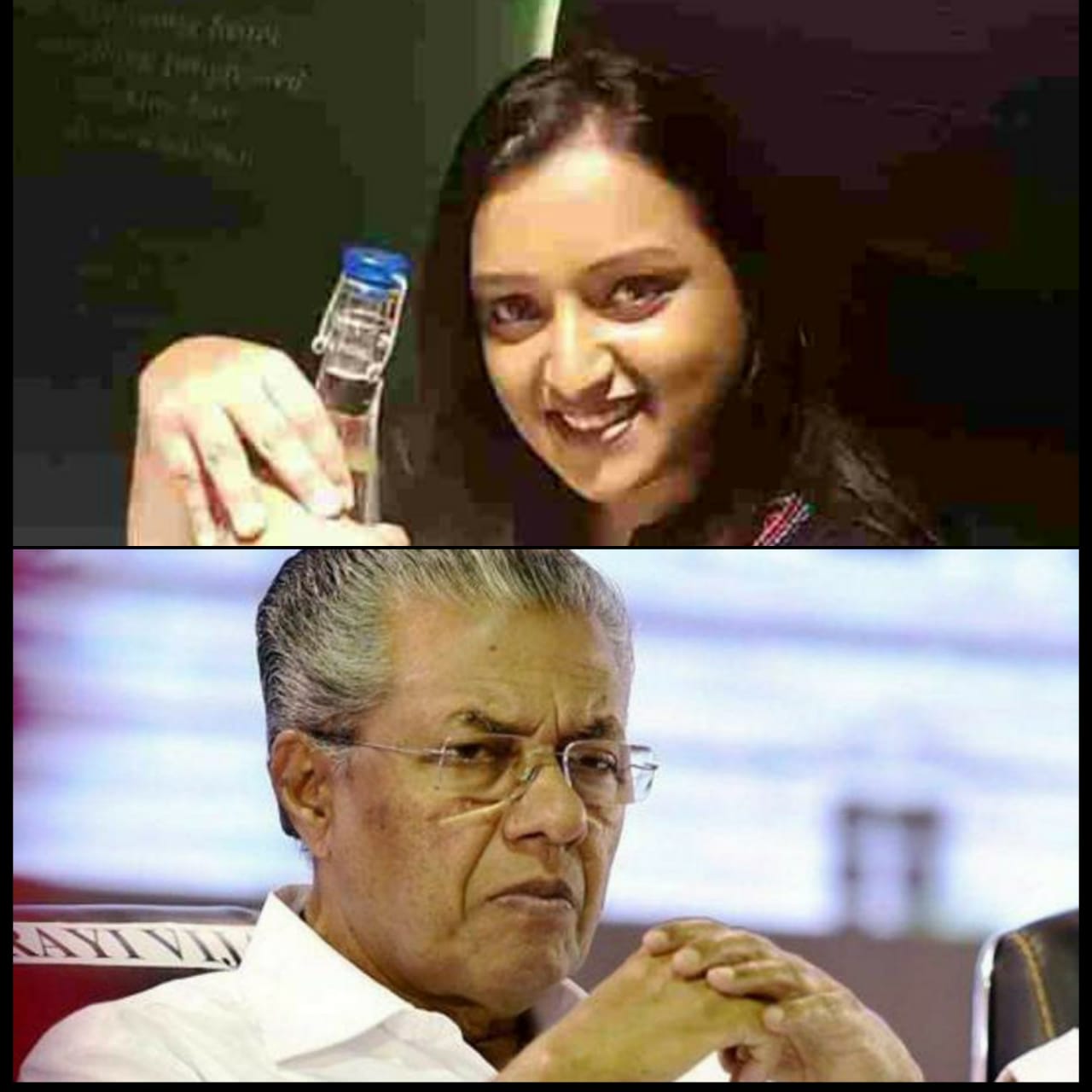 Swapna Suresh and Sandeep Nair, the two key accused in the Kerala smuggling case of 30 kilos gold via diplomatic cargo, were taken into custody today morning by the National Investigative Agency, in Bengaluru. The two were said to be absconding since their names were discovered in the case. Another accused person, Sarith has already been arrested by the Customs Department. The NIA had lodged a FIR on Friday under Unlawful Activities Prevention Act. The case is said to have international connections and the smuggled gold is suspected to be used for financing terrorism in India. Fazil Fareed from Ernakkulam is also one among the four accused.

A triple lockdown has been imposed in Thiruvananthapuram, in wake of the COVID rampage. The opposition thus were very quick to question the Chief Minister Pinarayi Vijayan about how the two accused were able to cross state borders and escape to Bengaluru. The lockdown has been so strict in Kerala that people are finding it difficult to come out of the house and buy milk or vegetables. So how was it possible for these two to escape amidst such impositions? BJP and Congress are now demanding investigation to find out if they were helped by the state police. There is immense pressure on the CM who is also handling the Home portfolio.

Of course, if you have been following the news, you will already know who is Swapna Suresh. She was previously working in the UAE consulate and then she was fired. Then with the help of her friend and the CM office’s Principle secretary, Sivasankar, she secured a job in the space park of Kerala State Information Technology Infrastructure Limited (KSITIL). This is not the first scandal she has been a part of. Earlier, in 2013, while working in AISATS, she had conspired with a senior executive to file false sexual harassment claims. She is currently based in Dubai with her husband and two children.

Next comes the question of what diplomatic cargo is. It is the baggage sent from a home country which might consist of documents or other equipment to its consular offices or international organizations like UN. These items can either be of use to a diplomatic mission or the diplomatic agent’s personal needs. It is a new tool in the smuggling racket as opening it usually requires high level permission and the presence of a diplomatic agent from the sending country.

According to the records of the Customs office, in the year 2018-19, 401 kilos of gold was seized in the state of Kerala. In the previous year (2019-20), 550 kilos of smuggled gold were seized by the officials and DRI. This is estimated only to be a portion of gold that was smuggled. The seized gold accounted to 15% of all the gold that was smuggled into the country last year. The state has a long history of smuggling the precious metal from the Middle East. It is a racket. To purchase gold in India, you must pay 12.5% of import duty and 3% GST. the tendency to skip this amount is one of the main reasons for the smuggling racket. Smugglers on the other hand, can gain profit up to Rupees 5 lakh for 1 kilo of gold via import duty. They also sell their finished ornaments to jewellery shops and make profit hugely.

The carriers of the smuggled gold are usually people travelling back from abroad who were there for a job hunt or vacation or sometimes just for the sole purpose of smuggling. The baits for these people are free tickets and easy money. They either conceal the gold within their body like inside the rectum, inside shoes and socks, under a wig, taped to the body in plastic pouches and many such ways. They are also hidden in their baggage by concealing them under other items in the baggage, false compartments, etc.

The carriers mostly do not know anything about the senders in the Gulf countries or the receivers in Kerala. The smuggling gang shares the photo of the carrier with the receiver and then as soon as the carrier is spotted outside the airport, the receiver collects the gold. The receivers usually hide their faces and do not reveal their identities making it difficult for the custom officials to obtain any information from the arrested carriers about the prime hands which are at play in the racket. There is also a possibility of celebrities and film actors being deployed for the cause, according to The Indian Express.

Among many reasons why the Indian Customs Department hasn’t been able to end this racket, one is their limitations to conduct extensive investigations in the Middle East. There are a few key smugglers identified, and their lookout circulars have already been issued for them. But these smugglers now land at Kathmandu airport before coming to India by road and reaching Kerala by trains or road. The immigration and border security checks at the Nepal border isn’t as strict as the ones at airports and hence making it easy for the smugglers to enter the country.

Sivasankar, the one who was allegedly involved in recruiting Swapna for the job in KSITIL, was in an important position inside the CM’s office. He was granted a year of leave last Tuesday. The CM’s office is now under scanner and he has declared that his office has not done any wrong and they welcome any probe into the smuggling case. He has also written a letter to the Centre, requesting for a probe in the case. NDTV in its article has quoted Customs Commissioner Sumit Kumar’s statement about the case which said “No matter how highly anyone is positioned, the law is above them. And we are going to get them”.