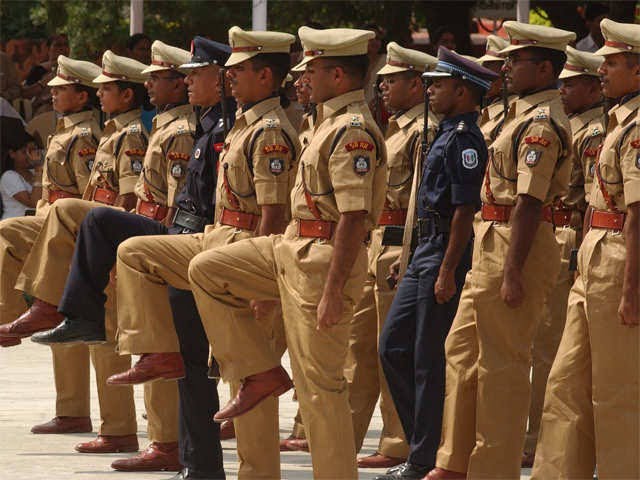 The nation observes the #NationalPoliceCommemorationDay on the 21st of October, every year. This is done to pay respects to the ten men from the police force who were killed by the troops of China back in 1959.

These men were identified to have been serving the CRPF and were outnumbered by the Chinese troops who attacked aggressively into the Hot Spring area of Ladakh.

The attackers swung two grenades at the Indian police and thus ended up harming and killing many of the men in force.

As we look back at this heinous incident, we cannot stop ourselves from comparing the pros and cons of the police force in general.

The police force, as an integral part of the democratic system has been well established in the country. It is common knowledge that the constitution of India has borrowed many aspects from the country’s own ancient history as well as other foreign scriptures of the law. By virtue of this, the police has been set up as an aid to maintain #LawAndOrder in the country.

However, like every other department in the #Democratic set up, the police department is also plagued by certain issues that cannot be ignored.

Here are ten things that have plagued the police department.

The police is what constitutes the #Executive forces in the country and despite the independent nature of this estate of democracy, it is not free from politics. Many decisions are still manoeuvred by the politicians and other parties having an upper hand in the society.

The true nature of democracy is that those in power stay transparent and accountable to the public. However, this has not been made possible in many cases and the procedures are very arbitrary in nature.

The public has often found itself at the ignored end of the line – the line that leads to justice. There are many complaints that are not addressed effectively and many that are simply ignored.

Many incidents have raised the eyebrows of the public. Cases that involve fake custodies, fake encounters and unwanted encounters have all left a scar on the psyche of the public. The inability or the disinterest of the police in clarifying these issues is one another reason that leads to lack of trust from the public.

5. Lack of equipment for investigation

The quality as well as the functionality of the equipment used for the #Investigations are often quite redundant. It has become a common opinion of the public that better equipment would have somehow resulted in better investigation and improvements in the provision of justice.

Newly joined officers have low or lack of training due to negligence at different levels. This leads to mishandling and aggressive behaviour.

In a country with high crime rates, the workload of the police department is quite prominent. It has been observed that the crime rates have actually increased up to 28% in the decade of 2005 to 2015. The police forces are basically not well equipped in regards to offices, instruments, weapons and travelling arrangements. Along with that, they are often forced to work in difficult conditions that are basically inhumane. This has lead to burn out and frustration that the police officers find cumbersome.

Due to interference of politics, the police find it frustrating to be operating in certain circumstances which demands physical and mental abuse from their side.

Due to lack of proper regulations, and the lack of accountability, many cases of sexual and mental torture have been hushed up. It is very troubling to know that these issues don’t come to light unless lockup suicides and deaths are notified. The lack of accountability is due to the fact that the political executives have an upper hand in the functioning of the police forces. At times, the police is not able to investigate all sources, collect enough evidences and even present the accused in the court of law because of the overindulgence of the powdered politicians.

10. Lack of criminalisation of politics

Prior to the #Biharelections2020, the criminalisation of politics was un-implemented. Due to the narrow interests and excessive usability of money and power, people in political power have time and again forced the executives to work according to their whims and fancies. This has led to biased investigations, processing and implementation of punishment.

The lack of monetary as well as human resources is a great threat to most departments of the government. Research from various forums has made this clear. According to the CAG, a shortage of weaponry has been confirmed. In the case of Rajasthan 75% of shortage and 71% shortage in the case of Bengal has been noted. It has also been observed that out of the funds allotted for modernization and infrastructure, only about 14% was used in the year 2015-16. Due to this, proper implementation of laws, bills and schemes are not possible at times.

However, the fact that many of the officers have selflessly sacrificed their lives and served the country at all costs, must not be forgotten.

COVID-19: A BONUS FOR OTT MEDIA

THE PERENNIAL FLOOD MISHAPS IN BENGALURU