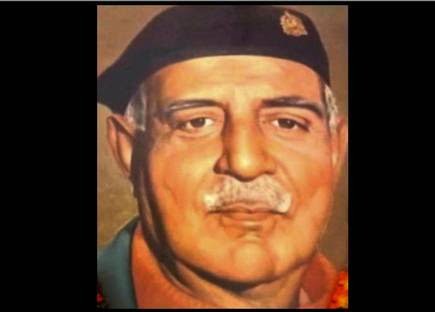 A verdict has finally been declared in the 1985 murder case of Raja Man Singh by a court in Mathura. It took 1,700 hearings and 35 years for the verdict to be delivered. Eleven policemen have been convicted in the case and life imprisonment was warded to then DSP Kan Singh Bhati and SHO Virendra Singh. The court has also ordered the government to compensate the victims’ families. Rupees 10,000 each for the three killed and Rupees 2,000 each for the four injured. On 21st February 1985, Man Singh and his two associates were shot dead by the policemen after they had allegedly rammed his military jeep into the stage set up for then Chief Minister Shiv Charan Mathur and had also damaged a helicopter on the site for the CM. The incident created such political havoc in Rajasthan that the Congress Chief Minister had to resign from his post a couple days later.

Raja Man Singh was born on 5th December 1921. He was the third son of Maharaja

Krishna Ji of the princely province of Bharatpur. After pursuing his higher education in London, Singh had come back to India as a mechanical engineer. He served in the British military as a captain staying in anonymity. He was married to Princess Ajay Kaur of Kangla, in Kolhapur state and had three daughters. He entered the political field in 1951 and was immensely popular among the people and the farmers affectionately called him Raja.

Man Singh was undefeated in every election since his entry in 1951, he was an independent candidate except once, when he contested from Swatantra Party as he believed it represented the family’s interests. He even resisted the Emergency, Indira Gandhi wave of 1977 and Janata Party wave of 1980 to merge victorious. During the 1985 Assembly elections, a retired IAS officer, Brijendra Singh was the Congress candidate against Singh. In this period, few Congress workers had offended Singh by tearing down his personal yellow and blue flag with the figure of Hanuman in his centre, Deeg and also destroyed his campaign posters.

As a revenge, on 20th February Man Singh rammed his one tonne military jeep into the then CM’s rally site and also hit his helicopter several times. According to Man Singh’s son in law Vijay Singh who was with him during the killing said that when his father in law learnt that he was booked under Section 307 of the IPC for attempted murder as the pilot who was inside the chopper had jumped out just in time to safe his life during the ramming, he was going to surrender. This was when the unfortunate incident occurred. Led by Kan Singh Bhati (then DSP), the police troops fired several rounds at Man Singh and his associates and his vehicle. The first round punctured the tyres of his vehicle, then he was shot in the arm and back which led to his and two of his associates’ immediate death. Vijay Singh claimed that this was planned murder, and not an accident. He also claimed that even though he missed the bullets, he was later head in the head with rifle butts by the police.

According to a report of the matter in 1985’s India Today magazine, the people of Deeg did not feel much bad about Man Singh’s site ramming as the events of his death were heart breaking for them. One of the eye witnesses said “He was butchered in cold blood and the whole bazar saw it, “. People gathered in huge numbers for Singh’s funeral. One of the BJP leaders present there, Bhairon Singh Shekhawat said “The chief minister made a very provocative speech saying that Man Singh would be taught a lesson. Next day he was taught that lesson by gunshots. If, in fact, the Raja had caused a provocation by damaging the chief minister’s helicopter they should have arrested him, not murdered him,”.

In the aftermath of the funeral, the Jats were highly aroused emotionally as the mob gathered in the funeral set 4 police jeeps on fire. A couple days later, three people were killed when the police had to open fire to disperse the angry crowd outside the guest house where the new DSP was staying. The mob was particularly angry at the Congress party as the eyewitnesses said that the police firing, which happened in broad daylight was “hasty and unjustified”. They were also angry at the ruling party for appointing Bhati as the investigating officer for the case as he had already had some controversies to his name. Police were also not informed about how to handle the case. There was no proof to the police claim that Man Singh was armed. A curfew was imposed in the city following the events.

Man Singh was not a perfect man. He had his eccentricities. He was short tempered, had fits of uncontrollable rage and he was no stranger to alcohol. But he still managed to hold his Jat followers as he was always confident and fulfilled people’s faith in him through his mandate. The huge crowd at his funeral was the proof of it. His death was equalled to martyrdom by his Jat follwers. Rightly during the elections, this became a major headache to Congress as these events forced then CM of the state, Shiv Charan Mathur to resign by that weekend. The police officers were suspended, and judicial inquiries were ordered. On 28th of the month, a CBI inquiry notification was issued.

The trial was first conducted in a Rajasthan court, but the Supreme Court later instructed the case to be shifted to Mathura court. After 3 decades, the verdict is finally here. Bhati, the main convict in the case is now 82 years old. Interestingly, the verdict has come out during the time when one more political crisis is going on in Rajasthan.

WHY IS CHETAN BHAGAT ANGRY AT BOLLYWOOD