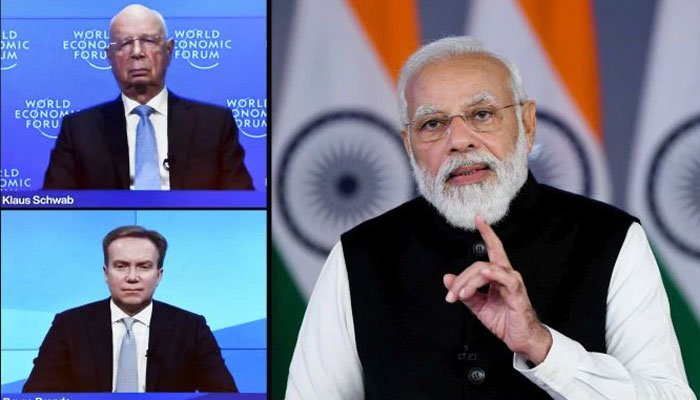 A pause in Prime Minister Narendra Modi’s special video conference presentation to the World Economic Forum’s online Davos Agenda 2022 summit split social media, with some claiming it was a teleprompter breakdown – and tweeting with the hashtag #teleprompterPM – and others debating what caused it.

A few minutes into the speech, which was being translated live from Hindi to English for the audience at Davos – Modi turns to his left, speaks a few more words, then pauses speaking and looks left again. In Hindi, a member of his staff asks him to inquire if the Davos audience can hear him.

He then stares directly into the camera, lifts his arms like he always does when speaking, and tries to say something but fails to do so. He was quiet for a total of 10 seconds. He then connects an earphone and asks (in Hindi) whether he is audible.

So what happened? Several people on Twitter, including Congress leader Rahul Gandhi, linked the prime minister’s inability to continue speaking to a potential teleprompter malfunction.