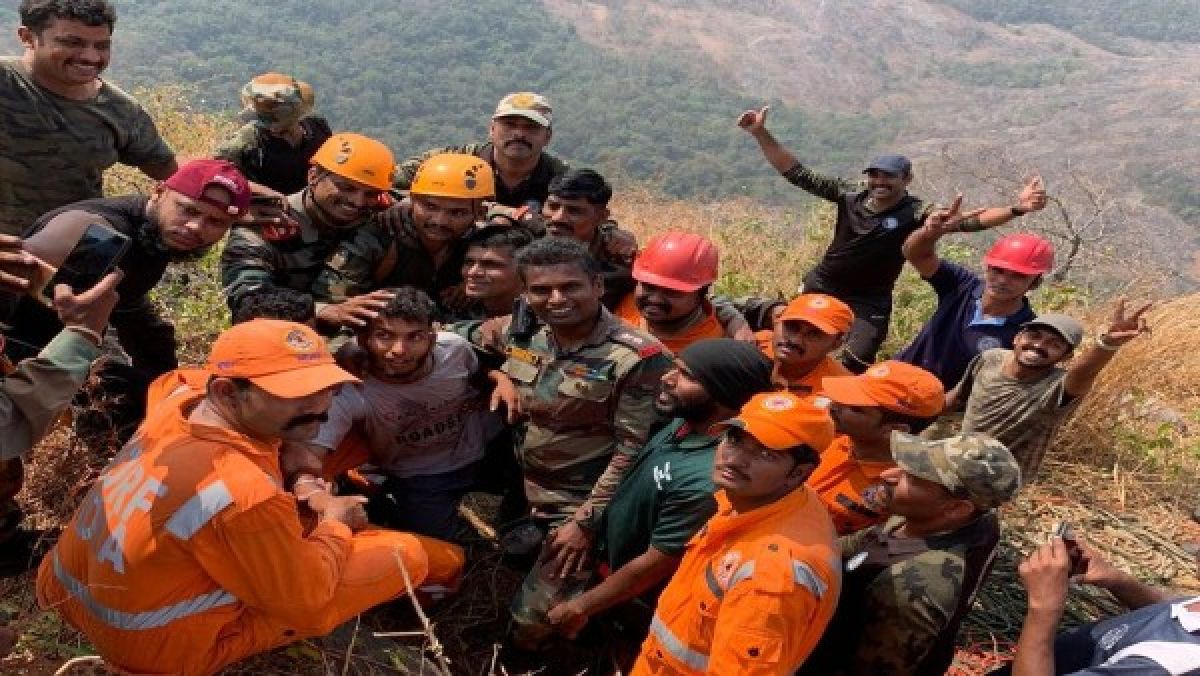 A Keralite who was stranded on a cliff in Kurumbachi Hill was finally rescued after nearly 45 hours with the help of the Army, Navy, Air Force and the NDRF (National Disaster Response Force). It took nearly 75 men from the army, air force and 20 officials of the NDRF to rescue him. According to reports, he had suffered minor injuries on the knee. The trekker was provided with food and water on the morning of the 9th of February.

The NDRF team was led by Colonel Sekhar Athri and Lieutenant Colonel Hemanth Raj was part of the team to communicate with the trekker. Since they (the trekker and Hemanth Raj) shared a common language, Malayalam, the rescue operation took place more smoothly.

The trekker, Babu, himself made it possible for the rescuers to find him, as he had sent pictures of his location to his family on WhatsApp. The family promptly forwarded the pictures to the rescue officials who were able to take action. Although Babu was exhausted, his cooperation sped up the rescue mission.

When he had fallen into the cavity, his friends had tried o rescue him with logs, ropes and sticks but could not do so. They soon called the police and the fire brigade however; they reached the location at 12 AM on Tuesday. Since there was no light in the area, the operation could not commence.

As the day progressed, they could not reach Babu and things got serious. Through the use of drones, it was determined that Babu had squatted in the cavity on a steep hill. A coast guard helicopter from Kochi was sent to rescue him, however, it could not go near the gap where Babu was stuck. Moreover, Palakkad Collector Mrunmayi Joshi Shashank sought the help of the Navy to assist the rescue operation. However, the helicopter sent by the navy could not rescue him.

Since Babu was trapped in the cavity for more than 26 hours without food or water, timely action was the essence. Soon the Kerala Chief Minister sought out the help of the Army on Tuesday night. Soon the Army personnel reached the location in the morning. The Army officials were asking Babu not to worry while asking him not to shout to save energy. The Army officials could finally rescue him after 45 hours with the combined efforts of various branches of the government. References: The News Minute.