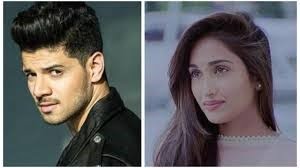 Jiah khan’s death has been a mystery till date. She was one of the rising stars in Bollywood who was just 25 years old. The incident happened on 3rd June, 2013 when she was found her hanging from the room ceiling in their apartment bedroom. Her body was warm and anyhow her mother brought her down and laid her in bed.

In this death case, the main mystery was Sooraj Pancholi and Jiah Khan’s relationship because it was stated that she was in depression after Sooraj and Jiah broke up. Kavita, Jiah’s sister in one of her statement, said “We trust the police and I hope the entire death case will be investigated to uncover what really happened and who made her bound to do so.”

Though Jiah did not leave any note with regards to her suicide, but after some days of her death, her sister found a letter of about six pages which was not addressed to anyone and was not even dated. But the content revealed that it was for Jiah’s boyfriend, Sooraj Pancholi. In the letter, it was clearly written about the details of their relationship. Jiah wrote, “The day I fell for you was the best but all the pain that you gave me, the rape, the abuse and the torture is not what I deserve. I did not feel any love or commitment from you. Rather I was scared of being tortured and abused. Your life was partying and women whereas mine was you and my career. I knew you were cheating on me still I decided to ignore the fact and trust you. You always embarrassed me. I was constantly heartbroken and abused. You hurted me and tore my soul but all I wanted was love. You destroyed my life.”

Even Jiah mentioned about her abortion in the letter which made clear that she was pregnant with Sooraj Pancholi. This incident made her more sad and depressed. She ended with a sad note and wrote, “I wish you would have loved me the way I loved you. I always dreamt about our future and success. But you always broke my promises and my dreams. All I want now is to go to sleep and never wake up again.”

When the police and the investigation department verified the letter they arrested Sooraj and charged him in abetting her to suicide. Then after a month he was released on bail. Ms Rabbiya, mother of Late Jiah Khan petitioned the Bombay High Court in July 2014 to transfer the case to CBI (India’s Central Bureau of Investigation). Later they continued their investigation and upheld the Mumbai Police to figure out her death reason which was “suicidal in nature.” Sooraj was charged in her suicide case because he was accused in the letter which revealed about their intimate relationship and physical abuse. Not only this but also mental and physical torture that she used to face in her relationship. Khan’s death case turned to CBI on December, 2019 when Sooraj was arrested. The hearing in the case was adjourned till January 17, 2016.

Moreover, Soraj Pancholi in an interview said, “I am guilty until proven innocent and it has been a media trial. I am just a young boy and being harassed. I am trying to make my space in the Industry because it’s my dream since I was a child.” Even he was charged for abatement to suicide under Section 306 of the Indian Penal Code (IPC). He urged for justice for him as the court case wasted eight years of his career. He also said that those were his bad phase of life.

In the month of September 2013, Rabbiya send an open letter to Mr Narendra Modi and mentioned “the CBI officials have deliberately twisted some information because in a forensic test it was proved that it was a murder and the culprit hanged her to make it look like a suicide.” Even she publicly accused Sooraj to be the main person in this case. As per her statement, those prove were enough to prove that.

When asked about Jiah’s mother, he replied, “I have already won two cases against her; she is sitting in London and giving her interviews. She does not have the courage to show up and fight against me.” Though it was almost proved to be the culprit, but still he was released from the bail and he is free now. Recently in his instagram post, he said that he wants to take fresh breathe and stop socialising on instagram till it becomes a better place. He deleted all his posts except a two year old photo of his. Till date it is still a mystery whether it was a murder or a suicide. The court has not yet declared it to be a murder. Sooraj is somewhat free from all the allegations but still the interrogations are going on.

WHY AREN’T ALL THE CHILDREN OF INDIA FULLY IMMUNIZED?