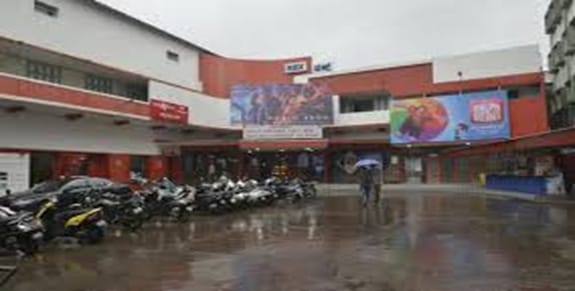 Entertainment and community viewing have been part of our culture since the ancient times. The cavemen gathered around their fire to draw on walls, and the Romans organized gladiator matches in their colosseum. The English enjoyed theater while the Spanish fought bulls in bull fighting arenas and Krishnadevaraya organized Malla Yudhha in his akhadas. These spaces have for long served the purpose of people coming together to watch and enjoy a spectacle. The modern equivalent for these arenas are the movie theaters. Bangalore’s 50’s was the golden era of single screen theaters. KG road in Bangalore once had the highest number of theaters in terms of theaters per area in the country. Prabhat, Himalaya, Geeta, Kapali, Tribhuvan, Movieland are few off the many theaters that were on KG road.

Theaters grew to be such integral part of the city, that areas were named after them. Navrang, Sujatha, Prasanna, Gorvardhan, and Shanthi became landmarks people used to travel around the city and prominent BMTC stops. Areas around these theaters emerged as hotspots for fan associations and celebrations. Gandhinagar became the fighting ground for movies to show their prowess on their opening day and the quality of the movie was often judged by the audience response from these theaters.

With the emergence of OTT platforms and the internet a new shift came about in the entertainment industry. Consuming of content was now a personal activity rather than one that is community based. Content no longer had boundaries or language barrier. With this technological advance, there was a change in the concept of community viewing too and hence started the death of single screen theaters. Multiplexes took over single screens to accommodate more shows and languages in the same space. Air-conditioned rooms soon replaced rotating fans, Burgers and pizza took over wheel chips, recliners were placed instead of plastic seats and the silence of a multiplex overpowered the hoots and whistles of a theater. Theaters started disappearing one at a time, making spaces for multiplexes, shopping complexes and commercial spaces.

The disappearance of these landmarks of the city not only saw the erasure of history but also had deep impact on the regional movie industry and its economy. Dhanush Suresh, a theater personality, movie enthusiast and an actor, reminiscing the days when he and his family watched movies at Prasanna said, “Back then single screen theaters were the only option. I remember walking to Prasanna to watch movies with my family. The major impact of these theaters going down is on Kannada movies. There is a politics behind movies being given slots in theaters and money made out of them. Single screeners played Kannada cinema back in the day. Even a small budget movie, with less prominent actors got their deserving chance to prove their worth because of this. The best example is Mungaru Male. No one would have imagined that a Kannada movie would earn excess of 50 crores at the box office a decade ago. Especially given the fact that it was a movie made with upcoming actors. Now, a Kannada movie earns three to four times of that, but only if it’s a movie with established actors. Deserving cinema with new comers don’t get their chance. Multiplexes prefer screening movies of different languages like Hindi and English to make money than encourage regional cinema. There is a stereotype formed that single screen theaters receive rowdy, uncouth crowd that create nuisance while watching movies and it is not a space for families to be. This is true to some extent and the onus is on the owners of the theater to fix that and evolve with recent times.

” Speaking about the pay cut biases and fan associations, Dhanush continued to say “True essence of community viewing came with the fun that these single screeners brought and that is missing somewhere. Multiplexes give a lower margin in their profits to regional cinema compared to Hindi cinema. This affects the producers. Special shows that single screeners offered are no longer available as Multiplexes have fixed timings and slots. Theaters were flexible with their timings and often added shows for fans and even organized special screenings. Multiplexes do give a better experience and bring in luxury at almost the same rate as a theater but at the end of the day, they are killing businesses and history.

” Shankar Nag Theater, which was earlier known as the symphony has been open and shut down a couple of times in history. Shut down in 2005, it was opened back in 2009 for a brief period before shutting down again. In 2019, the theater was lucky enough to get a complete revamp in the name of Swagath Shankar Naga and found a new life. But other theaters did not have such luxury or a lucky fate. Geetanjali, Plaza, Galaxy, Lido, Natraj, Shree, Sagar, Kapali, Tribhuvan and the most recently Rex all fell victim to this shift in the way we prefer to consume data and perceive movie watching as an experience.

Geenthanjali was shut down to build Big Bazaar – a shopping complex. Sagar was made into a multiplex, Plaza fell for the Bangalore metro. BRV was made into a military canteen. Galaxy, Blue moon and Blue diamond converted into a commercial space, whereas Lido was made into INOX multiplex. Sanjay was taken down to build the Kempegowda Hospital. Prasanna and Parimala were made into a mall, as Sangam in Majestic turned into a shopping space. A lot of the theaters in KG road that had once set a record shut down because of lack of funds to refurbish and rebuild them to suit today’s standards. With the number of people visiting these theaters reducing by the day, due to low standards, the revenue decreased exponentially. Lack of buyers and investors forced a lot of these theaters to shutdown and quit the business.

Multiplexes and OTT platforms do bring in more to the table when compared to single screen theaters. Better audio systems, cleaner spaces and toilets, luxurious seating arrangements, wider range of food and refreshment options and a sense of safety for families to visit. All these at often the same rate as a single screen theater balcony seat. They also give the opportunity to have more shows and more option of movies at the same place. There is a sense of decorum and dignity while watching the movies, which also adds to the sense of privilege and luxury. But is all this at a cost of erasing landmarks and history worth it, is a question that we have to ask ourselves.

Is this a change we should embrace and see as a change in era? Or is this a downside of technology and development that we should fight and resist, to save fragments of history that narrate a thousand stories of the city? There are times, when we have to choose between staying in our bubble of privilege and luxury and working towards rebuilding something that has immense value. For me single screen theaters present this situation and makes me ask these questions time and again. The answers can be found as time goes by and the city evolves, like it does time and again.