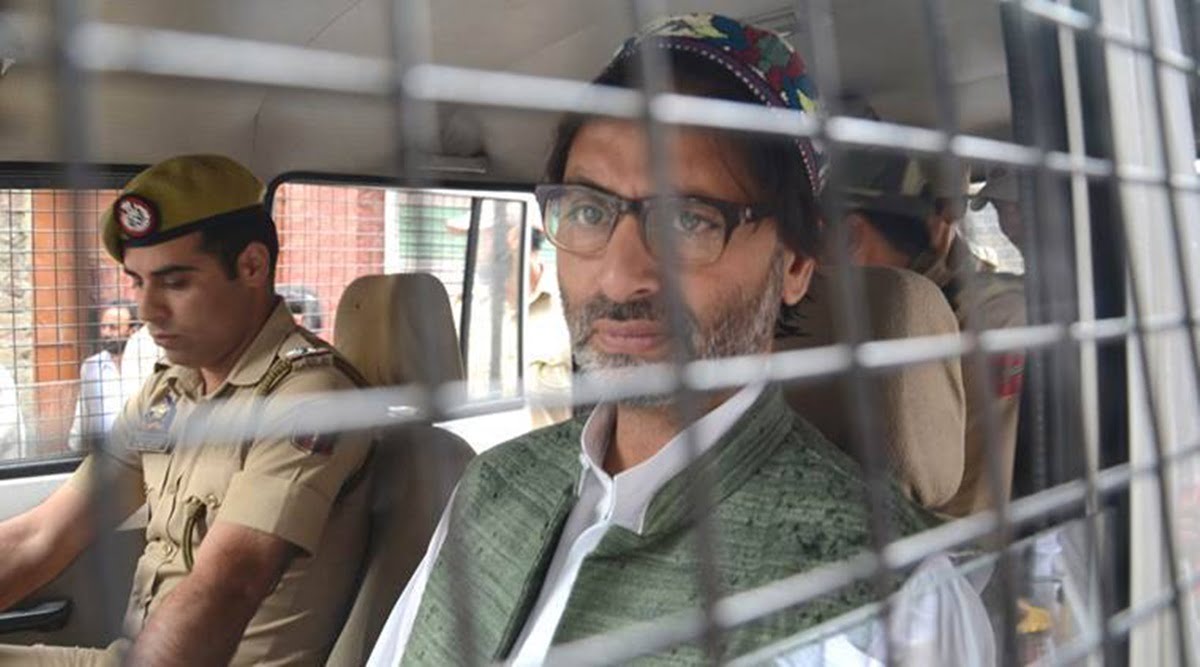 Yasin Malik one of the most infamous separatists in the valley was awarded life imprisonment by a National Investigation Agency (NIA) court in a case related to terrorism and secessionist activities in the Kashmir Valley in 2016-17.

Malik, one of Indian-administered Kashmir’s prominent rebel leaders, is the chief of the now-banned Jammu and Kashmir Liberation Front (JKLF).

The group renounced violence in 1994.

Yasin Malik had been charged with terrorist acts, for illegally raising funds, being a member of a terrorist organisation, criminal conspiracy, and sedition.

The court prosecutor had sought the death penalty for Malik.

Who is Yasin Malik? What is the case? Let us find out in the article below. 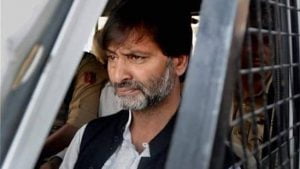 Who is Yasin Malik?

Mohammed Yasin Malik, a Kashmiri separatist leader and former militant is known for advocating the separation of Kashmir from both India and Pakistan.

As a young boy, he had witnessed violence carried out on the streets by the security forces.

In 1980, after witnessing an altercation between the army and taxi drivers, he is said to have become a rebel.

He formed a revolutionary front named Tala Party, which was involved in various disruptions, the infamous one being, an attempt to disrupt the 1983 cricket match with West Indies in the Sher-i-Kashmir Stadium.

In 1988, Malik was one of the first Kashmiri rebels to cross the border to Pakistan to receive training for an armed rebellion against New Delhi’s rule that began in Indian-administered Kashmir the next year.

He has been a constant pro-independence voice in the disturbed valley, renouncing mergers with India or Pakistan.

Yasin Malik also said to the court that “after giving up weapons in 1994, he had “followed the principles of Mahatma Gandhi. Since then, I have been following non-violent politics in Kashmir.” 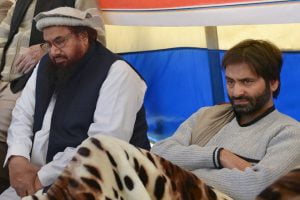 Malik, head of the Jammu and Kashmir Liberation Front (JKLF), has been accused by the NIA of orchestrating violent protests in 2016, in which 89 cases of stone-pelting were reported.

What is the timeline of the case?

2017: NIA registered a case of terror funding against various separatist leaders,  and named Yasin Malik and four others in a charge sheet filed in 2019.

This is where the current ordeal starts.

February 26, 2019: Yasin Malik’s house was searched and several electronic items and documents were seized. In which the NIA found a copy of a Hizb-ul-Mujahideen letterhead which talked about disengaging from football events and show loyalty to the freedom struggle.

April 10, 2019: JKLF chief Yasin Malik was arrested in connection with a case related to the funding of terror and separatist groups in Jammu and Kashmir.

May 10 2022: Malik had pleaded guilty to all charges, including those under the stringent Unlawful Activities Prevention Act (UAPA).

25th May 2022: The court announced its verdict and awarded Yasin Malik life imprisonment.

The Court had said, “that said prima facie, it has been established that Shabir Shah, Yasin Malik, Rashid Engineer, Altaf Fantoosh, Masrat, and Hurriyat/Joint Resistance Leadership (JRL) were the direct recipients of terror funds.”

The court also points out that there is prima facie evidence exists of a large scale criminal conspiracy, which resulted in violence and arson, in the valley.

It also said that Malik had set up an elaborate structure and mechanism across the world to raise funds for carrying out terrorist and other unlawful activities in Jammu and Kashmir in the name of the “freedom struggle”.

The reaction of various sections of society:

Mobile internet was suspended in Kashmir as a precautionary measure after a court awarded life imprisonment to separatist leader Yasin Malik in a terror funding case on Wednesday.

This Shows the situation in the valley is tense.

The shops in Srinagar have downed their shutters foreseeing intense protests.

The People’s Alliance for Gupkar Declaration (PAGD), a coalition of pro-India parties in the region, termed Malik’s life imprisonment as “unfortunate”.

According to them, this Is a setback to peace efforts in the valley.

The statement went on to say “The court has delivered its verdict but not justice.”

A statement released by the JKLF after Malik’s conviction last week said charges levelled against him were “concocted, fabricated and politically motivated”.

The people who have been victims of the terror caused by Yasin Malik are in two minds too, with some celebrating life imprisonment but many like Nirmal Khanna wife of IAF officer Ravi Khanna (a victim of Yasin Malik’s Terrorism) agree on nothing less than a death sentence.

This verdict has had international reactions too Pakistan has condemned the conviction of Kashmiri separatist leader Yasin Malik.

On Wednesday, Pakistan summoned India’s Charge d’Affaires here to the Ministry of Foreign Affairs and handed over a demarche to him conveying Islamabad’s strong condemnation of the framing of fabricated charges against Malik.