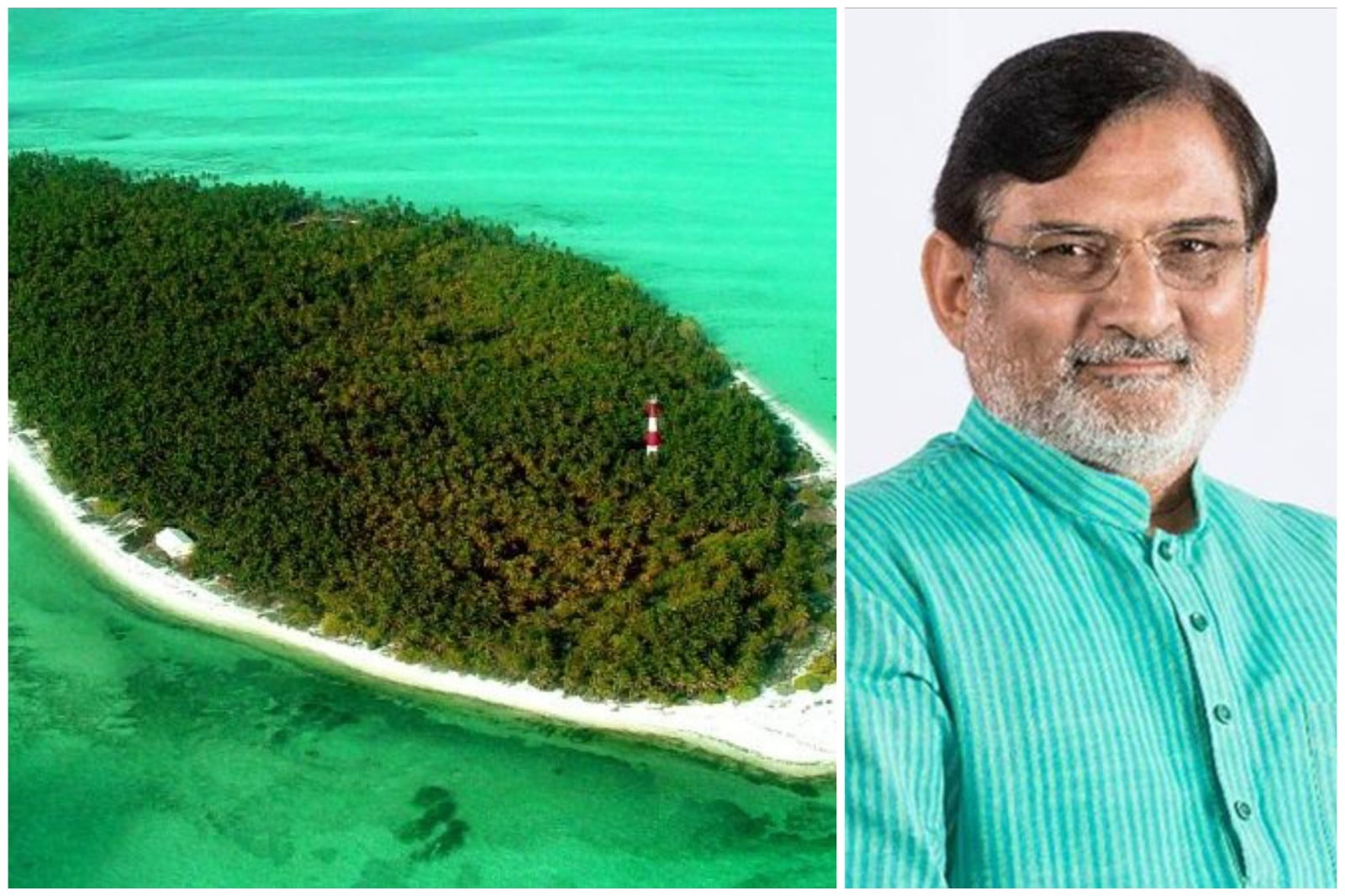 Amid the second wave of COVID-19 where the country has already received a massive setback due to its mismanagement and unpremeditated actions leading to a shattering health infrastructure and economy, another situation of unrest and resentment has erupted in Lakshadweep.

Lakshadweep, an island, is a Union Territory of India. A people’s protest has been brewing in the UT, with all the major political parties in Kerala except the BJP speaking up against the UT’s new administrator, Praful Kodha Bhai Patel.

The islands are protected under special provisions where liquor sales are not allowed, outsiders cannot buy land there, moreover, non-residents cannot visit the islands without special permission from the administration.

According to the people’s representatives in the islands, no public consultations were held before the reforms were brought by the Administrator. They expressed their fear that Patel’s motive was to destroy traditional life and cultural diversity of the people of Lakshadweep. Locals have termed the reforms as “anti-people” in Lakshadweep, which largely has a Muslim population and is heavily dependent on fishing.

The issue began with the death of Dineshwar Sharma, the former Administrator of Lakshadweep on December 4, 2020 following a severe lung disease. Praful Khoda Patel, a former MLA from Gujarat who has worked closely with Narendra Modi and Amit Shah in the Cabinet, took charge as the new Administrator. After this, began a slew of reforms that many residents are seeing as a push towards an autocratic rule.

Patel introduced a proposal to implement the anti-social Activities Regulation bill, 2021, or the goonda act in the island territory where the crime rate is already very low.

Locals fear that bill will pave the way for the administration to arrest without a trial and feel that such harsh laws are not required. The government also took over the control of the local administrative powers of elected Zilla panchayat regarding – education, health care, agriculture, animal husbandry and fisheries.

In addition to this, the new proposal will also bring changes in panchayat regulations and will make any person with more than two children ineligible to contest panchayat elections. He also gave a nod to open liquor bars in the island, a non-alcoholic zone due to its Muslim population, to promote tourism; a beef ban and eliminating non-vegetarian food from the menu of Anganwadi children.

Since Lakshadweep is a Union Territory without an Assembly it is directly controlled by the Centre. The administration introduced the Draft Lakshadweep Development Authority Regulation, 2021, which if implemented will empower the government to take any piece of land owned by any common man in the island for “development” purposes.

There are other norms that Patel has brought in including diluting the COVID protocols of Lakshadweep. Earlier, the standard operating procedure of the island required strict quarantine of fourteen days for entering the island. But Patel diluted the norms, saying an RT-PCR negative certificate is enough to enter Lakshadweep which has created concerns among the islanders.

“Implementing the Goonda Act in a region where law and order and crime are non-existent, opening up alcohol trade among a people who do not consume it…they may seem like Tughlaqian changes, but, clearly, it is an anti-Muslim anger that is sweeping like a cyclonic storm,” former Finance Minister Thomas Isaac said in a Facebook post.

“Destroying a peaceful part of the country,” Congress MP Shashi Tharoor said in a tweet addressing the reforms introduced by Patel.

Among the first to write to President Kovind, seeking the “recall” of the new Administrator, was CPI(M) MP Elamaram Kareem, alleging that Patel’s authoritarian rule was “increasing unrest among the people” of Lakshadweep.

“According to the people of the island, the unplanned and unscientific altering of the standard operating procedure has led to the current surge in Covid cases in Lakshadweep, where not even a single case was reported in the year 2020,” he wrote.

“The undemocratic and anti-people regulation in the name of ‘Animal Prevention’ which intends to ban slaughter, transportation, selling or buying of beef products is one among such orders.”

Several celebrities like Prithviraj Sukumaran and CK Vineeth have taken to Twitter to show their displeasure over the events taking place in the region. In the form of protest against the latest events, hashtags like #SaveLakshadweep and #RevokeLDAR is also trending on social media platforms.

The issue has garnered support from various opposition parties in Lakshadweep and Kerala, as well as from people on social media. Lakshadweep lawmaker and NCP’s Mohammed Faizal and his colleagues from neighbouring Kerala—TN Prathapan (Congress), Elamaram Kareem (CPI-M) and ET Mohammed Basheer (Muslim League) have also urged the Centre to recall Patel.

After Virus it’s time for Fungus vs Humans

Amid the lockdown in the city, CUPA continues to feed the stray animals