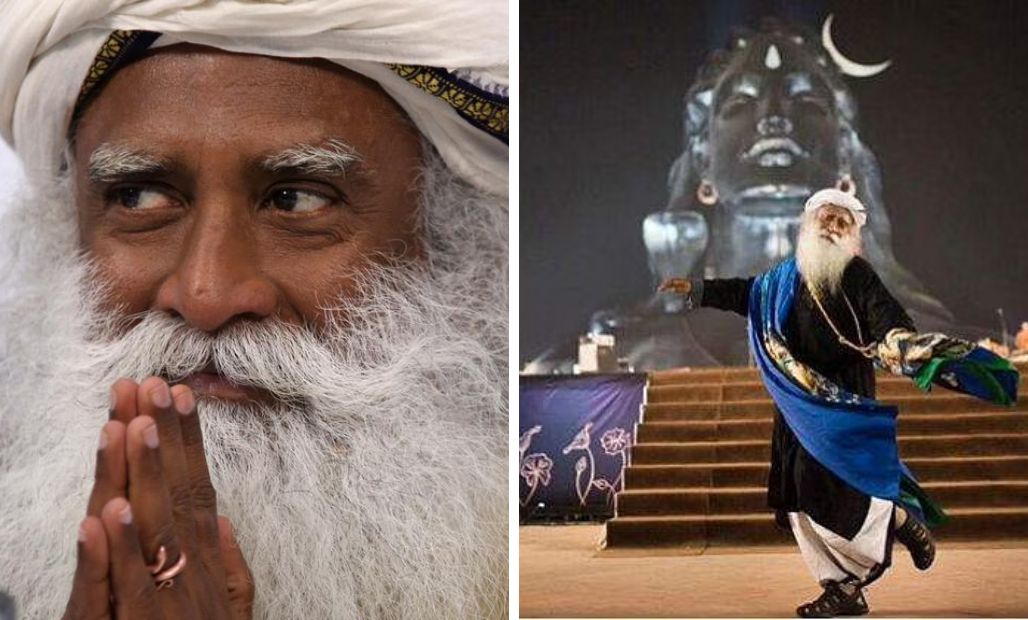 Sadhguru Jaggi Vasudev, the man of the hour, the view of every TV and the heart of all minds, has been the rolling stone of philosophy, science, and everything political in the country.

While the 64-year-old “baba” sounds intellectual and tranquil at all times, his words are quite the opposite.

Of course, there are the usual wise words that have helped tens and hundreds of people in the country find purpose and contentment in their lives, but keeping spirituality aside, do his words hold much substance?

Sadhguru acts as the average ‘I know it all kid’ in every classroom, and talks about nothing worth knowing.

In one of his talks on CAA, he said that Aadhaar cards and ration cards can be used for proving one’s citizenship and that the law of CAA was to help the persecuted minority communities of Pakistan, Bangladesh, Afghanistan, and so forth. To break the chain of unending lies, Aadhar cards and ration cards could not be used to prove one’s identity under NRC. Simultaneously, nowhere in the legislation of the CAA is the word “persecuted” used. It simply elaborates on the migration of certain communities from the said countries.

A Mockery Of Science 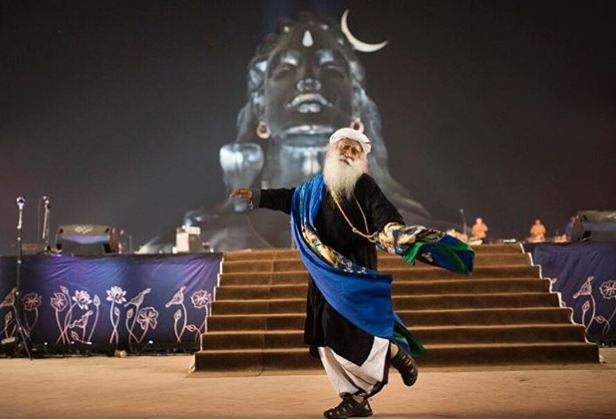 Sadhguru paraphrased Darwin’s ideas in the following words, “Nature is catering for a chimpanzee to become a human being. I am just catering to the human longing to evolve into something else. It is life’s idea that everything should evolve… Darwin tried to explain it in his way, which became the theory of evolution, but essentially what he is telling you is if you look at the whole thing – from a single-celled animal to yourself – as one large life process, it is longing to get somewhere.”

In reality, Darwin stressed the purposelessness of one’s existence and did not believe in the notion that life was motivated by “a longing to get somewhere.” The guru went as far as to say “The evolutionary theory is not Darwin’s, Adiyogi propounded this fifteen thousand years ago.” This seems like an absolute demolition of modern biology.

Furthermore, his views on life and death are equally interesting. Sadhguru believes that according to the Hindu rituals, the reason the body is kept around as much as it is is that it is still partly alive for a brief period after death. “After a person dies, up to 11 days for sure, most of the time up to 14 days, fingernails grow, hair grows… Because death is happening slowly,” he added.

To set the record straight, the growth of fingernails and hair stops soon after the heart stops. It only seems as if it is growing as other body parts shrink and pull back due to dehydration. 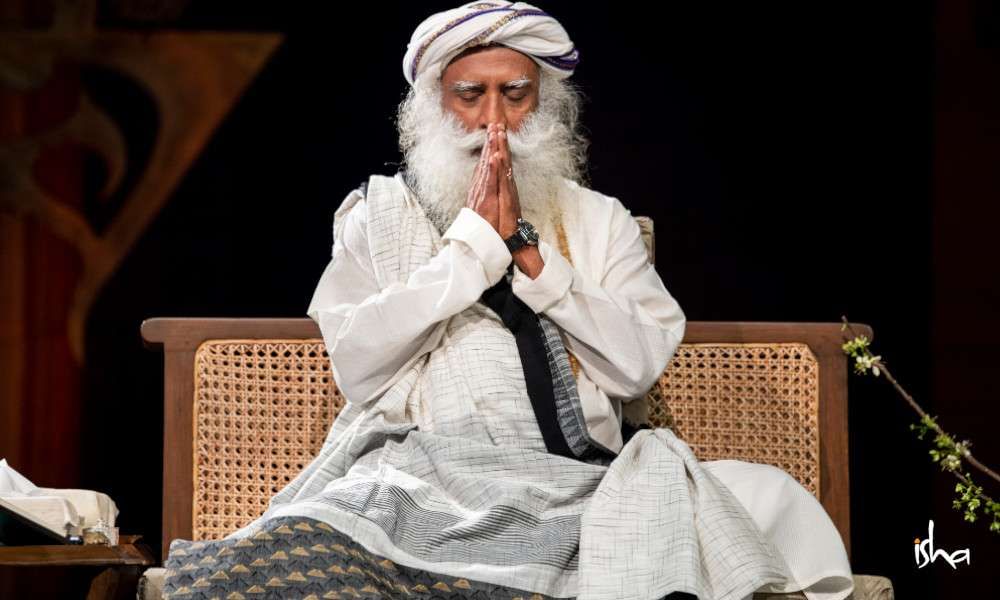 While talking about cow slaughters he asserts that killing a cow is, “like killing a human being, it’s murder or it’s cannibalism”.

Furthermore, he thinks that the Hindu god Rudra is the creator of the world. Contradicting his ideas, the old man says, “I do not wish to take a political stance because I have never associated myself with any political ideology.” Whatever his words are, the world sees right through him.

To further showcase his unlettered mind, he said that Tibetan Buddhism exists as a result of Islamic invasions, “The reason why you see so much of a certain form of yogic practice in the name of Tibetan Buddhism today is because when the invasions happened… they all went into the mountains… crossed over and settled on the plateau, what you call as Tibet today”.

According to historical records, Buddhism emerged as an official religion in the 8th century CE and spread in waves in India way before the Islamic invasions.

Isn’t it too much talk on religions for a man who claims to not follow any? 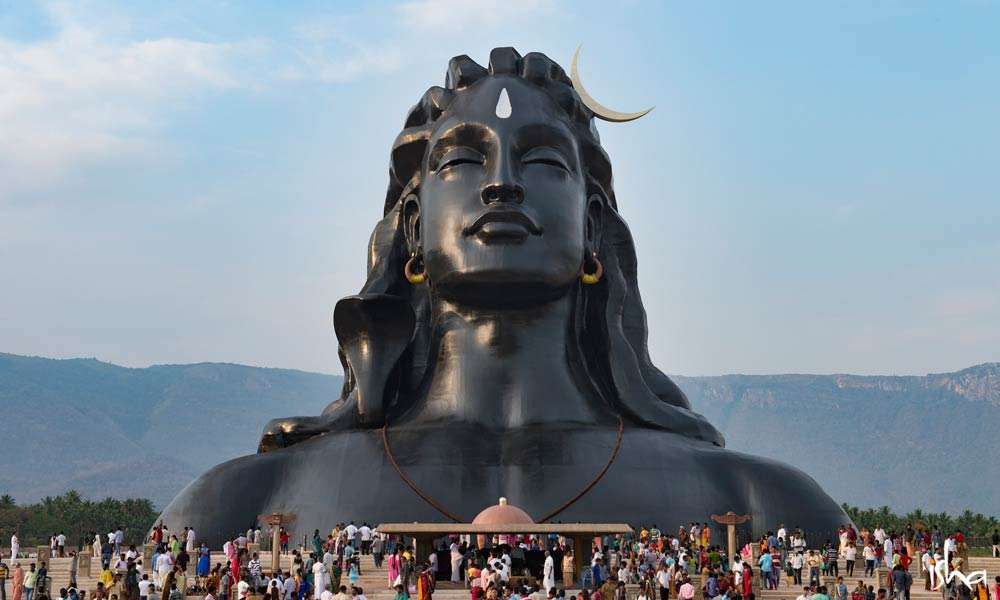 According to an investigation conducted by Newslaundry through data obtained from “public servants, activists, and whistleblowers; government records on the foundation; and court cases, the Isha Foundation has been built illegally.

Isha foundation is based in Ikkarai Boluvampatti on a sprawling 150-crore campus, surrounded by a reserve forest and a migration corridor. Since, the land neighbors crucial elements of nature, any construction has to be approved by the Hill Area Conservation Authority, or HACA.

Nevertheless, from 1994-2011, Isha Foundation constructed 63,380 sq. meters without approval. The guru argues that they gained permission from the local panchayat. However, the panchayat has next to no official say in such matters.

Even though Isha did apply for permission, it was after they began construction over a large area. A forest official also stated that whenever the foundation wanted to erect any structure, they would not wait for the authority’s nod but would encroach on land and start building.

There is no shame in lacking knowledge of things and concepts. Of course, a man cannot be expected to be well-read about every domain of life and the world. However, presenting yourself as an icon under the pretense of worldly- wisdom and unbowed spirituality, has what brought the downfall of Jaggi Vasudev.

Unfortunately, like a standard “guru” he too stands on a podium to appear sagacious while bewildering people with his non-existent intelligence.