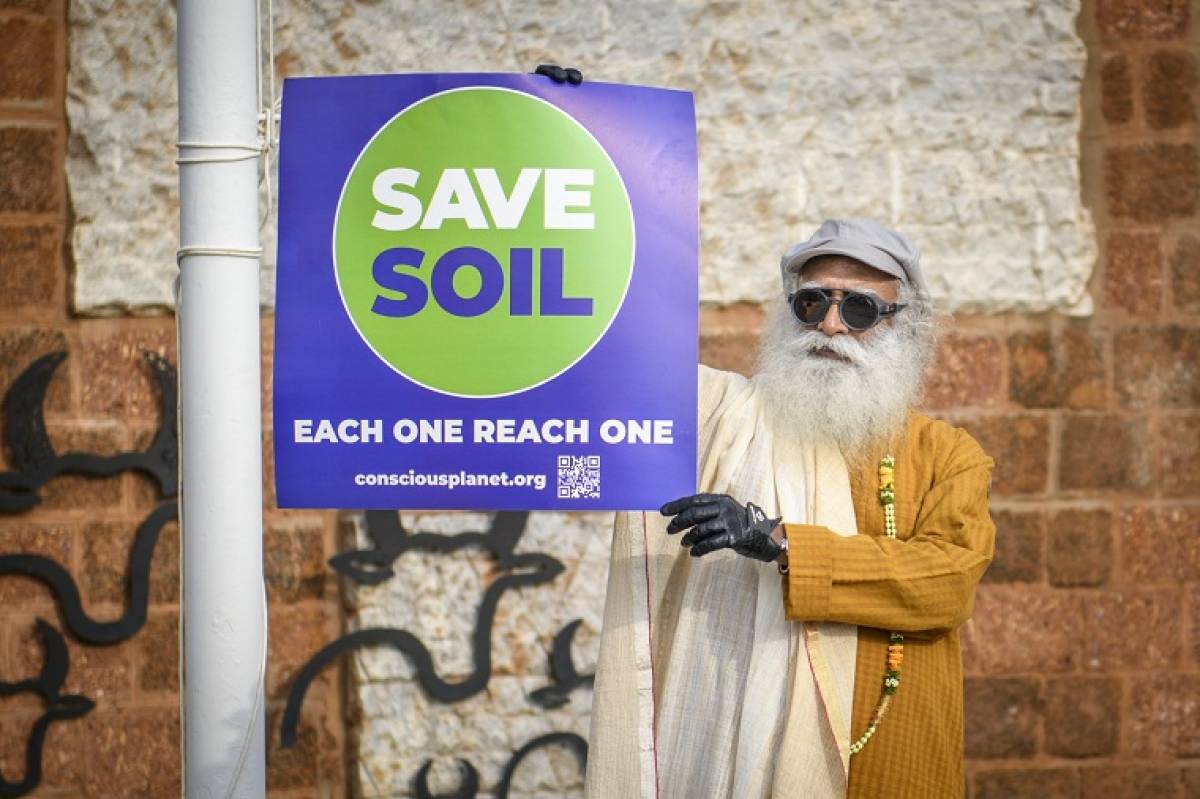 On Monday, Sadhguru launched a new movement to protect the environment, the Save Soil Movement. London’s Parliament Square was the flag-off point for Sadhguru’s 30,000-km motorbike tour to raise awareness regarding soil conservation across Europe and the Middle East while en route to India.

Sadhguru, while donning his biking gear, told reports that he will be taking a 100-day tour, which will take him to Amsterdam, Berlin and Prague over this week. He will be riding a BMW K1600 GT motorcycle.

Indian spiritual leader, Sadhguru, has set off on an 18,600-mile trip across Europe, the Middle East and India on his motorcycle as part of his campaign to raise awareness about the state of the Earth's soil pic.twitter.com/bkYLy8VnBY

He has several events and programmes planned in major cities along his route. He has aimed to reach New Delhi in 75 days to honour India’s 75th year of independence.

He told reporters that now is the most important time to act and that he has been talking about soil conservation for over 24 years. He further states that the only way to solve the problem is for every country to implement a positive policy. In the last 20 years, he claims that over 300,000 farmers have committed suicide worldwide.

Sadhguru has stated that his journey will end in time for the Summer Solstice on June 22 at the Cauvery Calling project.

The Save Soil Movement has been launched as a part of Sadhguru’s Conscious Planet initiative, which is aimed at turning the world’s attention towards dying soil and growing desertification. According to the United Nations Convention to Combat Desertification (UNCCD), over 90 per cent of the world’s soil could become degraded by 2050. The soil degradation could lead to catastrophic crises worldwide including water shortages and droughts.

The Save Soil Movement aims to inspire at least 3.5 billion people or nearly 60 per cent of the world’s population to support long-term government policies to revive soil health and reverse its depletion.