The case dates back to 2012 when the first complaint was filed by BJP leader Subramanian Swamy in a trial court alleging financial irregularities by Ms. Sonia Gandhi, her son Rahul Gandhi, and others, during the acquisition of Associated Journals Limited (AJL).

The questioning of the senior Congress leaders and the Gandhis is part of the ED’s investigation to understand the shareholding pattern, financial transactions, and role of the promoters of Young Indian and AJL, officials said.
The ED said they wanted to record statements of the two leaders belonging to the Gandhi family under criminal sections of the Prevention of Money Laundering Act (PMLA). The agency had recently questioned senior Congress leaders Mallikarjun Kharge and Pawan Bansal as part of the investigation. Mr. Swamy also informed about the notice on social media.

The National Herald newspaper was founded by Jawaharlal Nehru in 1938 as part of the independence movement against the British. It was published by AJL which was also involved in two other newspapers, Navjeevan in Hindi and Qaumi Awaz in Urdu.

It is estimated that the newspaper had properties worth Rs 2,000 Crore in Delhi, Lucknow, and Mumbai as of 2008. In his private complaint before a trial court in 2012, BJP leader Subramanian Swamy alleged that Congress leaders were involved in cheating and breach of trust in the acquisition of AJL by Young Indian, as assets worth crores of rupees had been transferred to the latter. 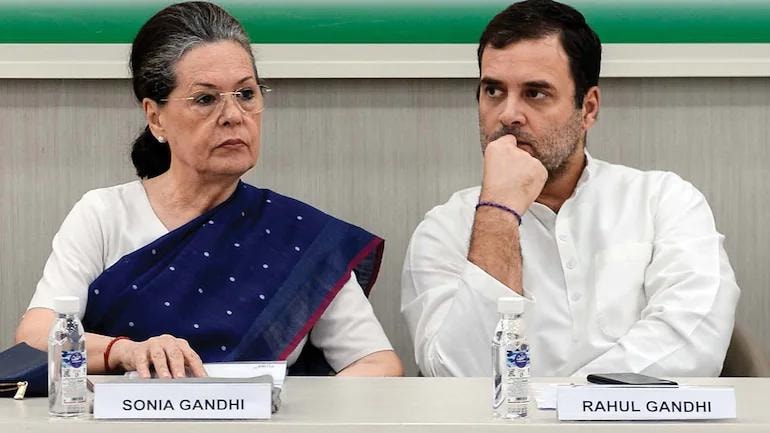 In the revival plan for the newspaper, Congress extended a Rs 90.2 crore interest-free loan from the party’s fund. Swamy alleged that the YIL had not paid enough to obtain the rights to recover the Rs 90.2 crore AJL owed the Congress party. Under the Income Tax Act, no political outfit can have financial transactions with a third party.
Sources confirmed that some AJL shareholders, including former law minister Shanti Bhushan and former Allahabad High Court Chief Justice Markanday Katju, said that their shares in AJL were transferred to YIL without their knowledge.

At a press conference on Wednesday, Congress leaders Abhishek Singhvi and Randeep Surjewala said Sonia Gandhi will comply with the summons and accused the ruling BJP of indulging in “vendetta politics”. Singhvi said, “The Modi government should know that by registering such fake and fabricated cases, they cannot succeed in their cowardly conspiracy.”