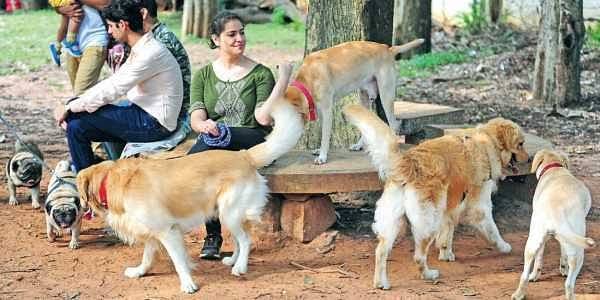 The Karnataka government has decided to postpone its judgment after the uproar from dog owners and urban dwellers over a proposed ban on allowing pets within Bengaluru’s Cubbon Park.

On Tuesday, June 29, PC Mohan, a member of parliament for Bengaluru Central, posted the information on social media saying “Held a meeting with Minister for Horticulture Shri @MunirathnaMLA concerning a proposal to prohibit the entry of pet dogs into #Bengaluru’s #CubbonPark. The Horticulture Department temporarily blocks the ban on pets. Hon Minister assured me that he would look into this matter.”

Due to protests from park visitors about dogs running unrestrained and pet parents failing to pick up their dogs’ feces, the Karnataka Horticulture Department requested that entry of pets be prohibited from the park beginning on July 1. A similar restriction has been suggested before, though earlier bans were also withdrawn in response to protests.

Pet owners are greatly relieved by the government’s decision to drop the most recent proposal because Cubbon Park is frequented by hundreds of dogs every week, particularly during the Sunday Dog Meet. A petition started by organisations like Cubbon Park Canines and Cubbon Dog Park received more than 5,500 signatures.

PC Mohan had condemned this ban as well, saying “The blanket ban on pets is against the Animal Welfare Board of India 2016 guidelines framed following a case in the Delhi HC about dogs being allowed in public parks. I hope for a conducive decision in the best interest of the public.”

The intended ban has been overturned, the MP informed the Times of India, but there will still be requirements for pet owners to abide by regarding park etiquette. Pets will be temporarily banned until the new restrictions are implemented the following week, he added.