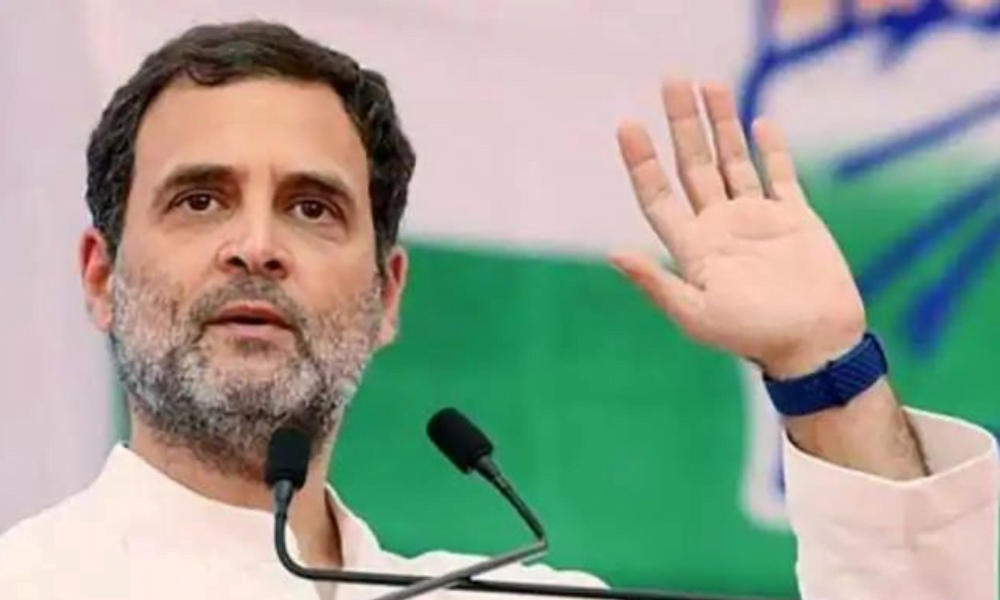 Indian politicians have long been the subject of mockery and entertainment. The new age of social media has grilled leaders across ideologies and hasn’t even spared the Prime Minister of the country.

A prominent leader of the opposition party, Rahul Gandhi makes it to the same list. Since he entered active politics, Rahul Gandhi has faced the wrath of the media, which has considerably dented his image in the national political sphere.

An example of these rather hilarious but extremely unfortunate incidents is the translation of his public speeches.

In a show of unity between the prominent leaders from the state of Karnataka, Siddaramaiah and DK Shivakumar hugged it out on the occasion of the former’s 75th birthday. Rahul Gandhi, who was present on the occasion, rose to address the crowd, little did he know that it was going to lead to a massive ‘memefest’.

The Congress leader spoke in English while it was being translated by another individual who gave out a rather twisted account of Mr. Gandhi’s English speech.

In 2018, when Rahul Gandhi visited Telangana as the AICC president, the Wayanad MP lost his cool, as he finally seemed to notice that his speech was being translated incorrectly. Several of the local translators, namely Revanth Reddy, Rammohan Reddy, and Bhatti Vikramarka had earlier translated the Congress leader’s speech incorrectly.

In 2019, Rahul Gandhi was campaigning against the Narendra Modi-led BJP government on a war footing. In a public meeting of the secular progressive alliance, consisting of Congress, MDMK, and DMK, Rahul Gandhi spoke at length about some pressing matters. His speech was translated by a member of the Congress party, Thangabalu.

In a rather unintentionally funny translation, Rahul Gandhi said, “This is why to respect the people of Tamil Nadu”, which was translated by Thangabalu as “Narendra Modi is Tamil people’s enemy”.

In this article:Congress, Karnataka, Rahul Gandhi