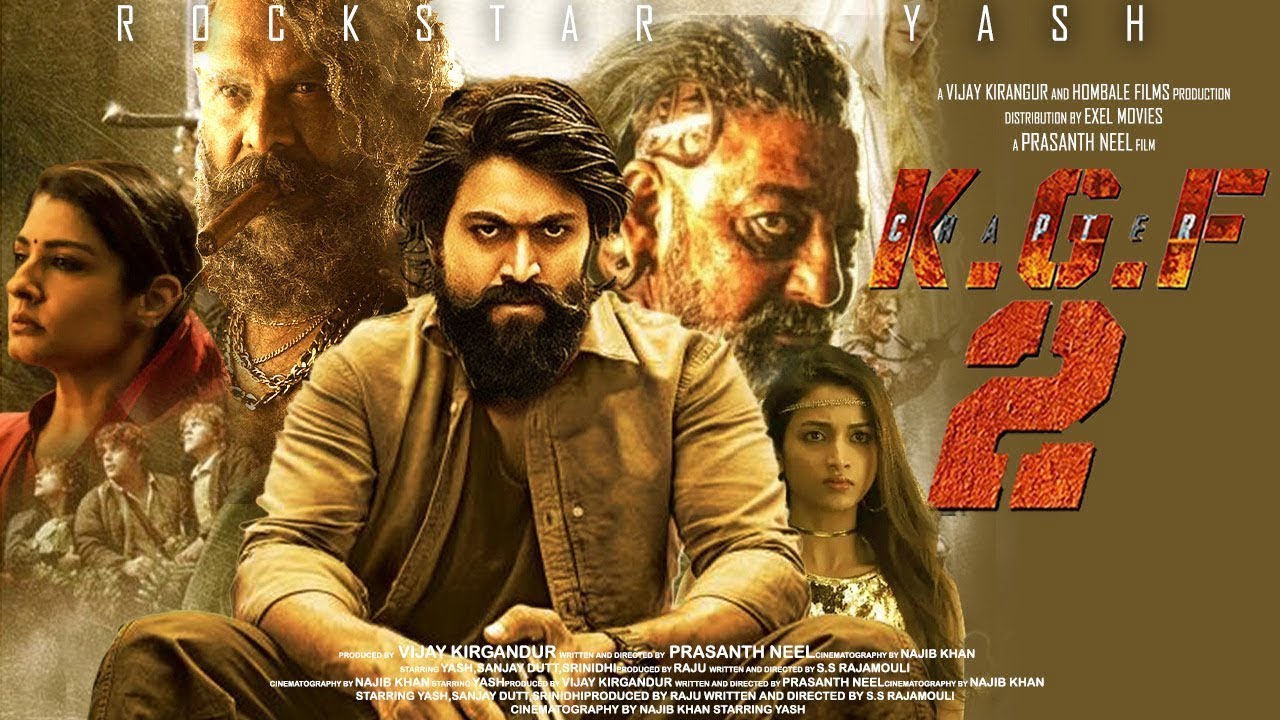 While Bollywood continues to lean towards slice of life films as the masses rebuff star centred scripts, the Kannada cinema continues to embrace greater than life films. The newest addition catering to a star’s fandom is the KGF 2. A sequel to the Yash starrer KGF 1, the second part focuses on Raja Krishnappa Bairya aka Rocky Bhai who has become the ruler of KGF after killing Garuda. But as he decides to own the world, he finds big foes in the form of Adheera and Ramika Sen (Raveena Tandon). Does he still get his ‘duniya’? News Hamster analyses KGF 2 and tells you the good, bad, and ugly aspects of the film.

Vijayendra Ingalagi, the son of Anand Ingalagi, takes over as the narrator considering the hospitalisation of his father. Rocky has won over the people of KGF, and he is now dreaming bigger and embarking on more dangerous paths than ever. In this process, he encounters Adheera (Sanjay Dutt), who is inspired by the Vikings and his mere name evokes fear among the masses, who wants KGF back. Simultaneously, he also must encounter the dictatorial but righteous Prime Minister Ramika Sen (Raveena Tandon), who also wants Rocky taken down.

Being a commercial film for the masses, the script lacks nuances, and accounts for several moments that develop hooting and cheering in the theatres. Dialogues by Sanjay Dutt and Yash form the backbone of this film. They perfectly encapsulate Yash’s bad boy attitude and Adheera’s barbaric nature. “We never worried about the dialogues as they are bound to change. Yash and me (Prashanth Neel) prepared dialogues fifteen minutes before the scene,” said Prashanth Neel (director) in an interview.

However, there were moments in the film that celebrated toxic masculinity. Yash calling Srinidhi as ‘entertainment’ and taking her along with him without her due consent account for extremely problematic moments.

It would be unjust if I do not give the editing team of the film its due credit. Prashanth Neel’s editing is extremely distinct as there is always a foreshadowing of what may happen, informing the audience of what lies ahead.

Despite the wonderful craftmanship involved in editing, there was one car chase scene where I felt the editing did not enhance the action scene and made it look stilted. The editing team’s decision to transition to a black screen after every three seconds only to open the scene to a loud explosion did not play out well and a long one-take chase sequence could have been a good substitute.

Certainly, there is no shortage of agreement that Yash is a star in every right. Be it lighting a cigarette from the hot barrel of a rifle or walking into a palace, the elegance with which Yash wears his swag, undoubtedly makes him the cynosure of the film. His cheeky humour and dialogue delivery sets the stage rolling for whistles and cheers. Yash is the quintessential larger than life anti-hero who can thwart 100 people at once and cross all limits to fulfil a promise. Prashanth tells that the emotional baggage carried by Yash is what fuels his anger and aids him in fighting hundreds of men at once.

Another show stealer was the character of Adheera, his costume design and inspiration of the Vikings work exceptionally well for an intimidating antagonist whose growing frustration at Rocky’s rise to power makes him yell to the sky. The face-off between Rocky and Adheera is something I would die for.

Without a doubt, the role of Ramika Sen is one of Raveena Tandon’s best performances on the big screen. After being the glam girl in countless films, Raveena seized the opportunity thrown at her and immaculately played the role of a cocky dictatorial prime minister.

On multiple occasions, the chemistry between Rocky and Reena came out as contrived and forced in both the chapters. Not criticising the actor’s skills but I feel both her character and the romantic sub-plot just exist to cater to Yash’s image as a star.

Crappy scripts and lack of depth take the centre stage when it comes to having a discourse on mass commercials. What most critics often ignore is the technical prowess of these films. It is disheartening to see when critics casually ignore the cinematography and beautiful set pieces and just focus on the script.

In the case of KGF 2, cinematographer, Bhuvan Goda has done a fantastic job. The transition from one scene to another is so well that it has the audiences’ hearts on hold. Both Rocky and Adheera’s introduction shots are something to marvel at from a cinematographic point of view. Moreover, the hues employed in each frame help you dive into the world created by Bhuvan Goda.

Coming to the production design, the set pieces used during the faceoff between Adheera and Rocky involving Russian ammunition is one of the best designed set pieces I have seen in the commercial space.

I have always been a little sceptical about sequels as they usually annihilate the legacy of the previous film. Surprisingly, KGF 2 is more immersive than the previous one. The film is a true celebration of the process of film making. I am extremely jovial to see how commercial films are pushing the envelope when it comes to technicalities such as cinematography and production design. The sequel is the magnum opus the Kannada cinema deserves.