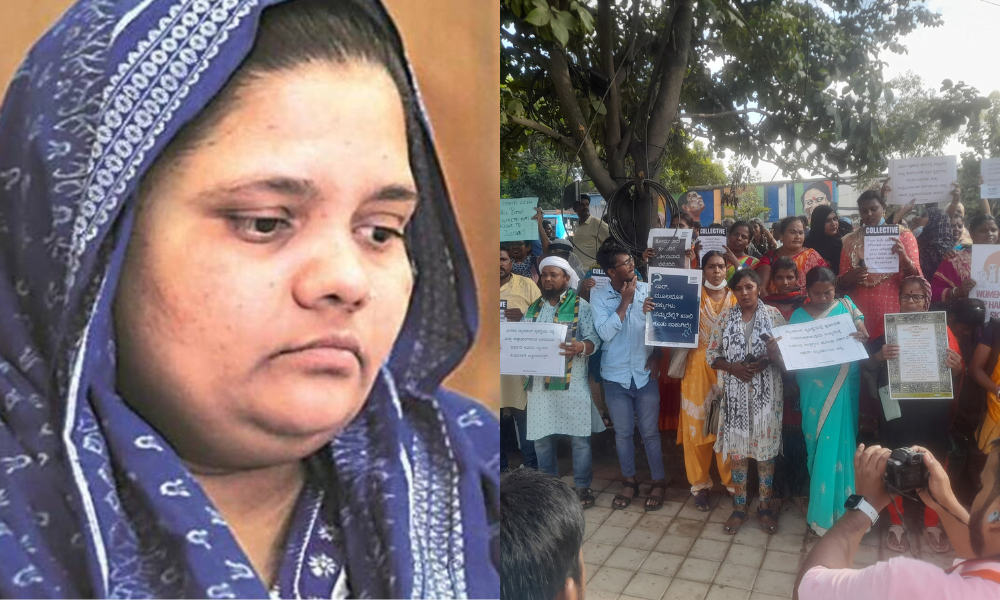 A Protest was held at the Freedom park, Bangalore, on August 22, against the release of 11 convicts of the 2002 Bilkis Bani rape and murder case. The protestors also demanded action against the alleged killing of a 9-year-old Dalit student, Inder Meghwal in Rajasthan. 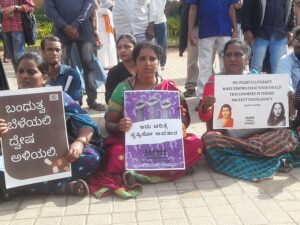 The massive female turnout was the highlight of the protest.

The protesters condemned the ‘communal and casteist’ attacks in India through the means of speeches, songs, and a show of unity.

“It has been 75 years since our freedom, but we are nowhere near achieving the dreams of our martyrs like Shaheed Bhagat Singh, Shaheed Ashfaqullah Khan, and Shaheed Ramprasad Bismil. Instead of moving ahead to achieve communal harmony, we are regressing backward.” Said Aratrika, a member of AISA.

The All Indian Students Association was formed in 1990 as a result of the need for a “revolutionary and democratic students movement”. Through its movements, the association has tried to counter the communal politics in several of India’s top universities. 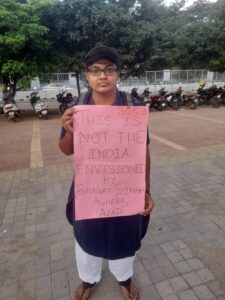 “Through these protests, we demand a change in the system which is harming the progress. We want an India that was envisioned by Dr. Babasaheb Ambedkar and Shaheed Bhagat Singh”, continued Aratrika.

“This is not just a protest of a few hundred people, but it represents the voice of Bengaluru city. We demand the imprisonment of all the 11 convicts who have been released,” said Mohammed Kanni, Vice President, Jamaat e Islami Hind, a socio-religious organisation in India.

“People who believe in humanity, from all corners of the world, have appealed for this decision to be reversed. If the decision is not reversed the protests will intensify across Karnataka”, stated the Vice President.

The government of Gujarat released 11 convicts on August 15 in the Bilkis Bano murder and gang rape case. The decision was taken under the government’s remission and premature release policy.

On Tuesday, the Supreme Court stated that it would look into the request for the urgent hearing of the cases challenging the same.

In this article:#BilkisBano, AISA, BJP