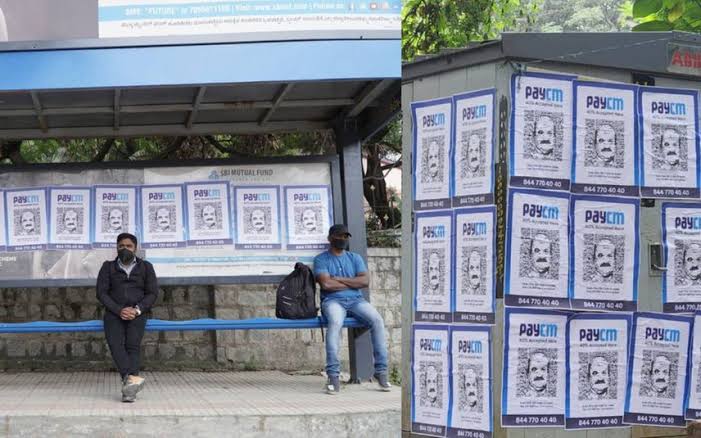 In Bengaluru, posters with the phrase “PayCM” printed above the image of a QR code and the face of Karnataka Chief Minister Basavaraj Bommai were seen pasted in various public areas.

Police remove posters targeting Chief Minister Basavaraj Bommai with his face on a QR code titled ‘PayCM’ have been spotted at CV Raman Road near Mekhri Circle and in a few other places in Bengaluru. | @PTI_News pic.twitter.com/Cf9kESMqeM

Posters titled #PayCM with the picture of #CM basavaraj Bommai have been affixed across the #Bangalore city. The QR code will take the user to the 40% commission Sarkara website that was launched by #Congress recently for the complaints. #BJP #Karnataka pic.twitter.com/C1jrSkIbRl

According to news reports, the code reroutes to a website called “40% Sarkara”. Many are speculating that this was done by the opposition Congress party.

The website was created to collate complaints about corrupt officials.

The term “40% Sarkara” refers to accusations made by contractors in Karnataka that BJP leaders and officials have accepted bribes totaling 40% of the tender amount for state-funded infrastructure projects.

When Bommai was scheduled to partake in the BJP’s Hyderabad “liberation day” activities last week, similar posters with the message “Welcome to 40% CM” were spotted in Hyderabad.

Why did Karnataka CM garu react strongly on Hoarding which did not even name him ?
Is he agreeing that BJP Government in Karnataka is a 40% Commission Government 😀 pic.twitter.com/BwjAi1X0pF

In addition to denouncing the Telangana government for enabling “such baseless allegations against a chief minister,” he labelled it a “systematic conspiracy.”

The state branch of the party’s Twitter account published a video of a young man saying,  “These youths do not ask for your treasure… not asking for your party ticket… 40% commission is not asked… just asking for a fair job.”