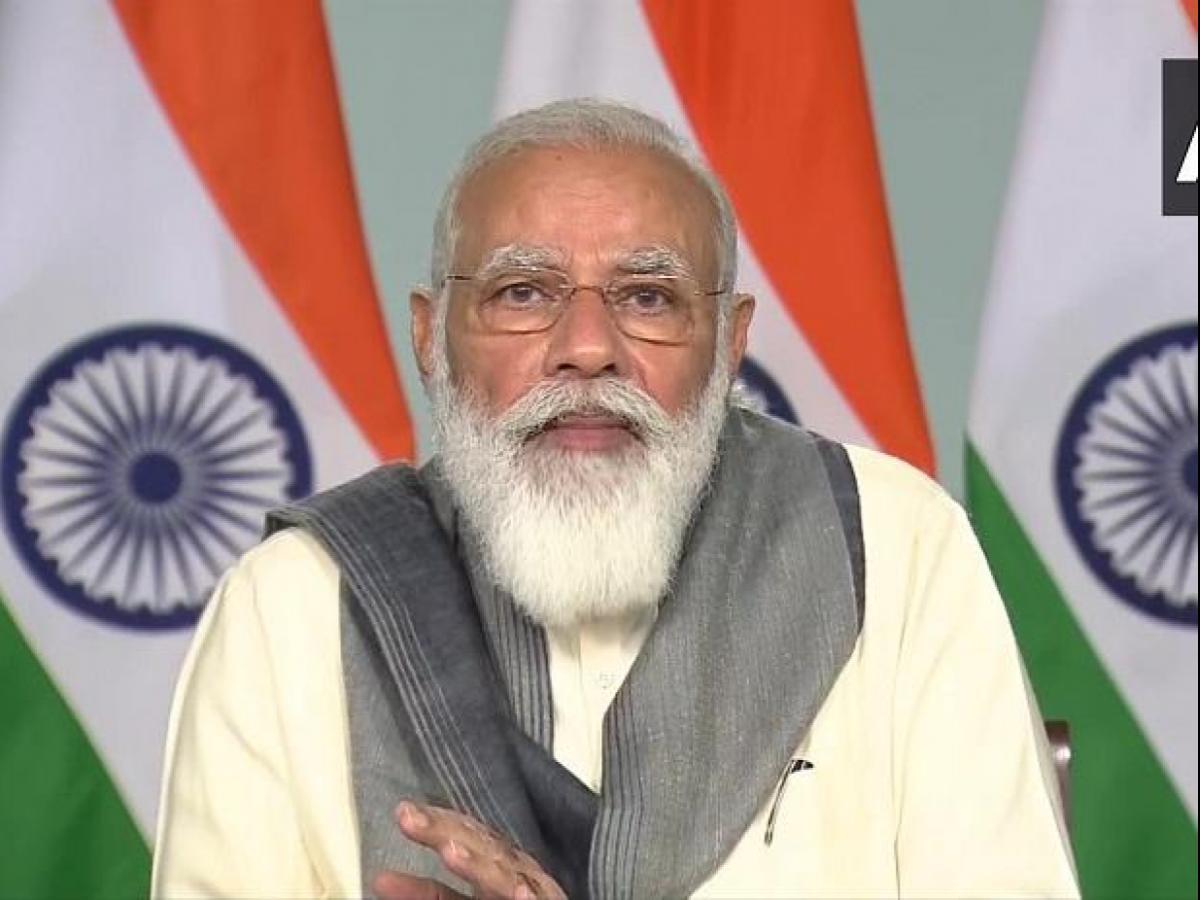 On the event of the Constitution Day, Prime Minister Narendra Modi on Thursday asserted his support for “One Nation One Election” and a Single Voter List for all polls in order to save time and resources.

“One nation, one election is not only a subject of debate but a #necessity for #India. There is an election in India every month, which hampers development.” The PM said while addressing the concluding session of the All India Presiding Officers’ Conference. “Why should the country waste so much money?” he asked.

Apart from these issues, the Prime Minister asked the presiding officers to simplify the language of statute books and allow an easy process over the redundant laws. He also emphasised the need for coordination among the three wings of the state- Legislature, Executive and Judiciary in the better functioning of the laws. He said there was uniformity in the Voting Age, which is 18 years, so there was no point wasting time.

“Presiding officers should take the initiative towards full digitization and legislators, I am sure, will adapt to it,” he added.

At this event of the Constitution Day, the PM also expressed his gratitude and respect to Gandhiji and commitment of Sardar Vallabhbhai Patel to the Constitution. He referred to the Emergency Period and said that,

“In the 1970s, we saw how there was an attempt to breach the dignity of separation of power, but the country got the answer only from the Constitution. After that period of Emergency, the system of checks and balances became stronger and stronger. The legislature, the executive and the judiciary, all three, learned a lot from that period and moved forward”.

“Strength of our constitution helps us in times of difficulties. The resilience of Indian Electoral System and reaction to the Corona Pandemic has proved this”. Modi said while praising the lawmakers for their contribution in recent times and taking a pay cut for helping the battle against Covid-19. He also stressed the importance of duties and said that duties should be treated as the source of ‘rights, dignity and self-confidence”.

“Our Constitution has many features but one very special feature is the importance given to duties. Mahatma Gandhi was very keen about this. He saw a close link between rights and duties. He felt that once we perform our duties, rights will automatically be safeguarded,” he added.

‘One Nation, One Election’ has been a key electoral reform pushed by the #NDA government but has met stiff opposition from rival parties. Last year, the #Congress skipped a meeting called by the PM on this issue and the Left parties called the move as “backdoor way of replacing our Parliamentary Democracy”.

In the lines of Modi’s most quoted figure, Gandhiji himself has often pitched for “#decentralization of economic and political power”. In fact, when states compete with each other, it leads to efficient outcomes. For instance, the intense competition among the southern states of Karnataka, Tamil Nadu and Andhra Pradesh in the late ’80s and early ’90s helped India blossom as one of the world’s largest exporters of information technology services.

On one hand, the most highlighted problems associated with frequent elections in India are- The massive expenditure incurred, Policy paralysis that results from the imposition of the Model Code of Conduct during election time, Impact on delivery of essential services and the resulting overburdening of man power. But on the other hand, simultaneous elections also enable consistency in governance, continuity in policies and programs. Thus, centralized mission like ‘One Nation, One Election’ can be a boon as well as a bane for a country as diverse as India, depending upon its short-term and long-term implementation.