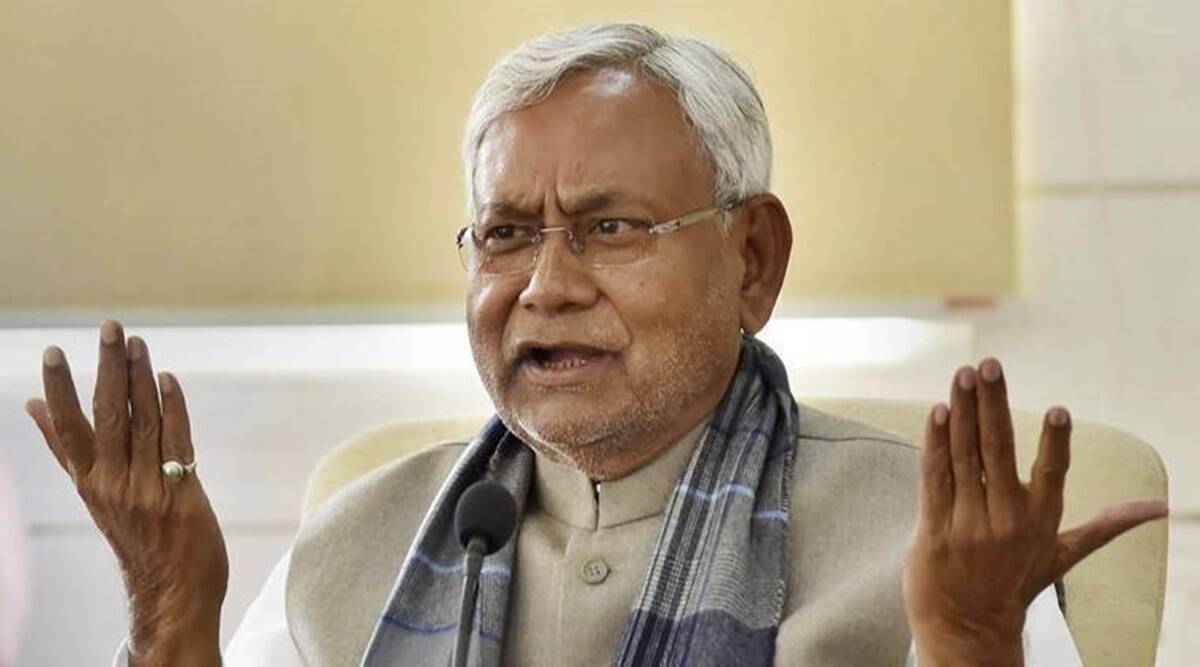 The socialist leaders of his time had a huge influence on him. He collaborated with leaders such as Ram Manohar Lohia, SN Sinha, Karpuri Thakkur, and VP Singh. Between 1974 and 1977, Nitish Kumar was a member of Jayprakash Narayan’s movement. He later became a member of Satyendra Naraian Sinha’s Janta Pary.

Nitish Kumar tasted his first victory in 1985 when he was elected as an MLA from Harnaut and in 1989 he was backed by Lalu Prasad Yadav to become the leader of the opposition. In 1996 he switched loyalties and joined the BJP after he won a seat from Barh.

The Janta Dal had survived splits in the past when Nitish Kumar and George Fernandes defected to form the Samata Party in 1994. However, it remained a baseless party after Lalu Prasad Yadav formed the Rashtriya Janta Dal. The second time the JDU split was when Rabri Devi assumed power in the state. 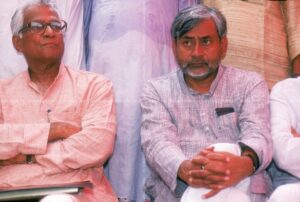 In 1999, with the BJP, Nitish Kumar won the Lok Sabha elections from Bihar. The RJD and the Congress suffered severely. Moreover, Lalu Prasad Yadav’s image was further damaged when he was implicated in the Fodder Scam.

Lalu Prasad Yadav had also alienated other dominant backward castes such as Koeri and Kurmi. This helped the JDU and other parties to consolidate further in the state however, it was not enough as they were defeated by the RJD.

In the 2005 Bihar Assembly elections, Nitish Kumar defeated the RJD with the help of the BJP.

He was elected as the first Chief Minister of Bihar in March 2000, at the behest of the Vajpayee government at the Centre. Since the NDA and the allies did not have a clear majority nor did the opposition, Nitish Kumar resigned before he could prove his numbers. During Lalu Prasad Yadav’s reign, the backward castes dominated the Bihar assembly by claiming half the seats in it. Moreover, the political aspirations of this social community led to friction among various groups.

This gave Nitish Kumar the opportunity that he wanted. During the 2005 Bihar Assembly elections, Nitish Kumar was sworn in as the CM and was the leader of the OBC Kurmi caste. 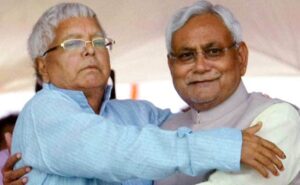 He unleashed several programs for social justice and the development of his state. He initiated the bicycle and meal programs wherein bicycles were given to girls who continued their education and meals were provided to the students. This led to a reduction in a reduction in-school dropout rates among girls.

With the help of the BJP, Nitish Kumar became the chief minister of Bihar for the third time. The alliance won 206 seats in the assembly while RJD won 22 seats. Moreover, the major highlight of this election was the fact that women and young voters participated the highest and that there was no poll-related violence or bloodshed.

Nitish Kumar later resigned as the CM as his party performed poorly in the 2014 Lok Sabha elections. Jitan Ram Manjhi took over as the CM of Bihar soon thereafter.

Nitish Kumar became the CM of the state after a tough fight from the BJP. RJD, JDU and Congress formed the Mahagathbandhan to counter the BJP in Bihar. He campaigned aggressively and countered the allegations made by Narendra Modi and the BJP. 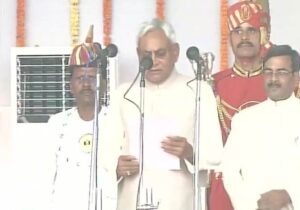 The Mahagahtbandhan broke up in 2017 after corruption charges were levelled against Tejashwi Yadav. Nitish Kumar had asked him to resign from the cabinet. He later resigned and joined the NDA. After joining the NDA, he came back to power within a few hours.

Banking on his 15 years of consecutive terms as the CM, Nitish Kumar had highlighted various achievements and developments carried out by his government. With the help of the NDA, Nitish Kumar managed to win 125 seats, compared to Mahagatbandhan’s 110 seats. Nitish Kumar was sworn in as the chief minister for the 7th time in 20 years in the presence of top leaders of the NDA.

In 2022, he broke his alliance with the NDA and announced that he rejoined the Mahagathbandhan while governing with the RJD and the INC. The political career of Nitish Kumar has been largely successful due to his shrewd politics and his experience in the politics of the state. It will be interesting to watch where his political ambitions will take him.

References: The NewsHamster and Wikipedia

In this article:#IndianPolitics, bihar, nitish kumar