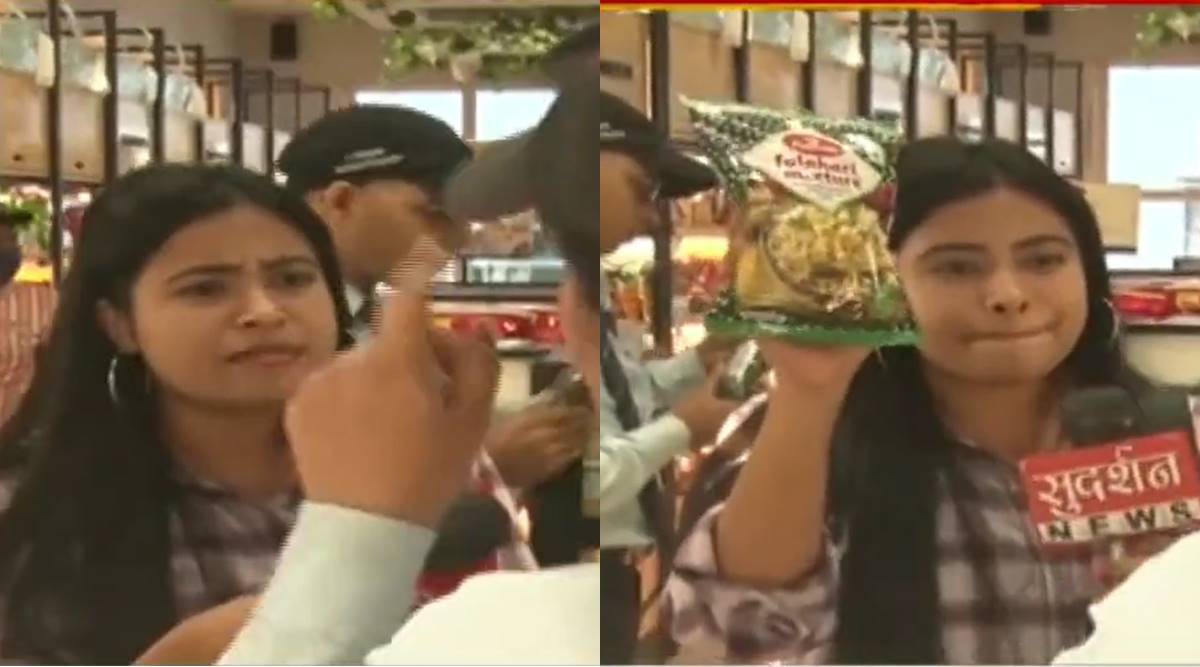 This is not the first time that Sudarshan News made headlines for making outrageous and baseless statements. Earlier,  Sudarshan claimed that UPSC was being ‘infiltrated’ by Muslims and that the Commission was favouring Muslim candidates over Hindu ones.

They made headlines again after a news reporter belonging to the organisation was harassing a Haldiram store manager over Urdu packaging on a Navratri Namkeen. The video of the news reporter is going viral on various social media platforms.

Amazing restraint by the Haldiram staff. BTW, Sudarshan's ‘sherni’ should know that it's Arabic and not Urdu. Haldiram exports to muliple Muslim majority countries who buy Indian products without discrimination.pic.twitter.com/jic6ASOo15

The namkeen in question here is Haldiram’s Falhari Mixture.  The namkeen is a sweet mixture of peanuts and potatoes with a mild taste of spice. Moreover, it is one of the most popular snacks at Haldiram’s. Additionally, it is consumed by the people who keep a fast throughout the nine-day Hindu festival of Chaitra Navratri.

While some Twitter users sided with the reporters most of the users did not side with the news reporter. The users continued to praise the store manager’s behaviour and grace for handling it well.

Not only #Haldirams ,
Suresh Chavhanke you need to boycott Indian currency too.

Bcoz the last language written in every Indian currency is 'Urdu' . pic.twitter.com/We0yI2uqRh

#Haldirams she deserves a raise. the way she handled this is winning and demanding. #BanSudarshan https://t.co/OMSUE3FO05

Kudos to the #Haldirams lady for not taking Nazi tactics quietly. She fought back forcefully and passionately! That's what India needs more of. Not explaining painstakingly cos they don't want answers. They just want to keep screaming questions and spreading hate! https://t.co/6VGWjlqIbM

Well, this language isn't Urdu, it's Arabic, if you translate it just see what is shown… Lol we must be proud that our products are being exported(mostly to gulf) at such massive scale.
We are Proud of you @HaldiramSnacks .#ProductOfIndia #MadeInIndia#haldiram #Haldirams pic.twitter.com/wreEUbmBS1

What are your thoughts on the issue? Please let us know in the comment box.

In this article:haldiram, sudarshan, urdu