The new wage code lay down a series of modifications, which would increase work hours, PF contributions and decreased in-hand salary for employees. The Union government is in the process of implementing them from July 1.

In a response to the Lok Sabha, the Minister of State for Labour and Employment Rameshwar Teli stated that only 23 states and all the Union Territories (UTs) have published the draft rules under the Code of Wages. Moreover, a few states are yet to draft and frame the rules under all four labour codes. 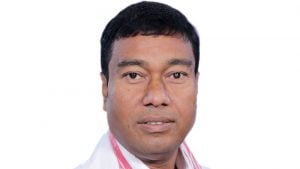 Under the new codes, the employees’ take-home salary would also change significantly as the basic salary would be 50% of the gross monthly salary. Moreover, the code dictates that the PF contribution by the employees and employer would increase as well. Additionally, the salary would be greatly affected by the private sector. The retirement corpus and gratuity will increase.

The four labour codes- wages, social security, industrial, occupational safety, health and working conditions- were created by subsuming 29 Central labour laws. Although the parliament has passed these codes, the states need to notify these changes as labour falls in the Concurrent List of the Constitution.