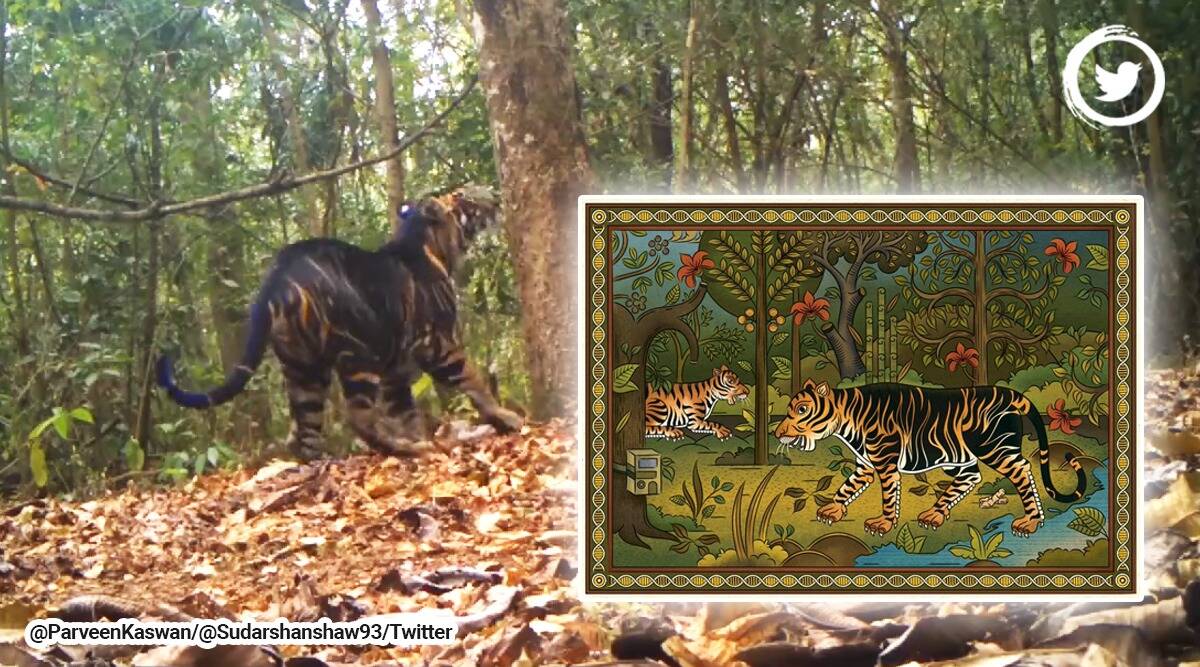 Netizens were amazed to see a rare black tiger in a video clip shared by Indian Forest Officer (IFS) Susanta Nanda. on the occasion of International Tigers Day. In a rare appearance, the tiger can be seen marking his territory in the Simlipal National Park in Mayurbhanj district, Odisha.  “Tigers are symbol of sustainability of India’s forests… . From a Tiger Reserve poised for recovery of an isolated source population with a very unique gene pool. Kudos,” Nanda posted.

In the video, the rare melanistic tiger can be seen making scratches on the tree. Melanin is a pigment that leads to an increased amount of black or nearly black skin, feathers, or hair of an individual or kind of organism. Black or pseudo-black tigers with a unique melanistic pigment are rare.

According to a study conducted by a team of scientists from the National Centre for Biological Sciences (NCBS), Bengaluru, a single genetic mutation in these tigers led the black stripes to broaden or spread into the yellowish-brown background. The rare pattern variant, distinguished by broadened and fused stripes, is known as pseudo-melanism.

After the video did rounds on social media, a digital illustration of the same was shared on the internet by IFS officer Parveen Kaswan. Since 2007, pseudo-melanistic tigers have been camera-trapped repeatedly at the Simlipal Tiger Reserve in Odisha.  Before that, a confirmed record of a pseudo-melanistic tigress was reported in 1993 after a tribal youth killed it in self-defense.

The black tigers of #India. Do you know there are pseudo- melanistic tigers found in Simlipal. They are due to genetic mutation & highly rare. @susantananda3 pic.twitter.com/oEMCqRYKiF

In 2018, three out of eight tigers in Simlipal turned out to be black. They were born in captivity in the three zoos of India: Nandankanan (Bhubaneswar), Arignar Anna Zoological Park (Chennai) and Bhagwan Birsa Biological Park (Ranchi).

Meanwhile, #blacktiger was trending on Twitter. Netizens were amazed to see the rare tiger and also appreciated its beauty!