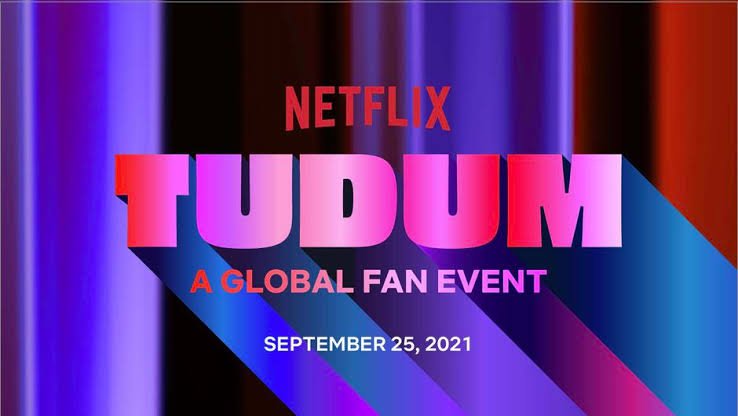 “TUDUM : India spotlight” was hosted by Ali Fazal and Radhika Apte.
Madhuri Dixit, Tabu, Vishal Bhardwaj, Kartik Aaryan, Raveena Tandon, Tovino Thomas, and Sanjay Leela Bhansali was part of TUDUM.
11 Indian titles were unveiled at the event, though none of the announcements were new.
Little Things season 4 got a trailer, and the Raveena Tandon starrer Aranyak got a teaser. First looks for Madhuri Dixit-led Finding Anamika and Tabu-led Khufiya from Vishal Bhardwaj were unveiled. And there were promos and featurettes for Kartik Aaryan’s Dhamaka, Sanjay Leela Bhansali’s Heeramandi, the Tovino Thomas starrer Kerala superhero movie Minnal Murali, and rom-com Plan A Plan B with Riteish Deshmukh and Tamannaah Bhatia. Lastly, there was also a music video mash-up between the stars of Mismatched and Kota Factory

Additionally, we got trailers for Stranger Things 4, The Witcher season 2, Army of the Dead prequel Army of Thieves, Don’t Look Up with Leonardo DiCaprio and Jennifer Lawrence, and Red Notice with Dwayne Johnson, Gal Gadot and Ryan Reynolds.

U.S returns over 150 antiquities to India