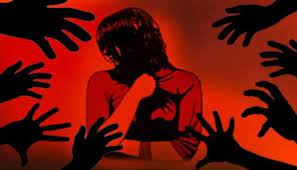 The recent crime in downtown Hyderabad has shocked the nation, especially because it involved children and grandchildren of politicians driving luxury cars. The police have confirmed that one person has been arrested in the gang-rape of the 17-year-old girl inside a car last week in Hyderabad. Out of the five people identified, three are minors, they added.

Hyderabad rape case | Out of the 5 culprits that were identified, three are minors: West Zone DCP

“Of the five culprits that were identified, three are minors One accused, Saduddin Malik has been arrested. The allegation that Home Minister’s son-in-law was involved is baseless,” the DCP said. The victim was in deep shock and could not clearly remember the series of events. She had only revealed one name and special teams were formed to arrest the culprits. CCTV footage was recovered. “We’ve identified five culprits as per CCTV footage and as per the statement of the victim,” said police officer Joel Davis.

There are FIVE accused in the #MercedesBenzRape case #Hyderabad. Police giving leaks to media that there are only 4& MLA’s son got off before the rape!Till evening, cops couldn’t arrest anyone coz CCTV footage wasn’t clear.But now they know exactly when MLA’s son got off the car?

The footage showed the girl standing with suspected attackers outside the pub. The boys had assured to drop her home. She was brought to an upscale neighborhood where the attackers took turns raping her while the others stood guard outside the car.

The police had initially registered a case of “outraging modesty” based on the girl’s father’s complaint.” According to whatever he told us, we filed a case of outraging modesty and under POCSO (Protection of Children from Sexual Offences)…the girl was not in a position to reveal anything,” police officer Joel Davis said.

Law protects identity of a rape victim. But in the case of minor girl’s rape in Hyderabad, names of the rapists are being guarded zealously. Afterall what is the compulsion? TRS leaders who were chest thumping after the extra judicial killing of rapists in 2019 are whimpering…

It was changed to a rape case later. Last evening, a huge protest was carried out by shouting BJP workers being carried away by policemen. Telangana IT Minister KT Rama Rao requested the state Home Minister Mahmood Ali, DGP, and Hyderabad City Police Commissioner to take immediate and stern action in the rape case and asked them not to “spare anyone involved irrespective of their statuses or affiliations”.