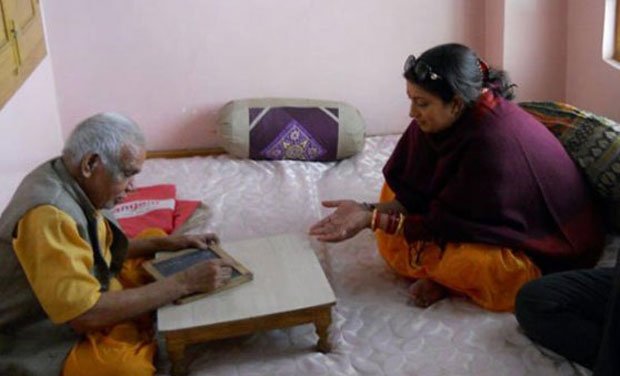 India has been a land of enchantments and folklore dating back many years.

It always has been fascinating to probe these urban legends/Folklore.

Today, we are going to talk about one such village in Rajasthan with a unique descendant.

The name of the village is Karoli.

What is Special about Karoli?

From the exterior, it looks like any other village in Rajasthan, Hot and Dusty.

The village is located just north of the tourist town of Udaipur.

In this village lives a bald, 99-year-old man who reads fortunes from the Bhrigu Samhita, Hinduism’s most esoteric and famous book of destinies.

The name of this man is Nathulal Vyas. 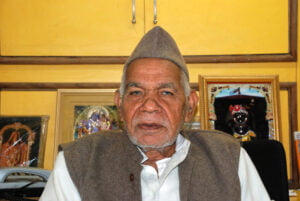 What is so Unique about Nathulal Vyas?

First, the book he reads is unique and mysterious: The Bhrigu Samhita.

According to Chandrama Pandey, head of the Jyotish (astrology) department at Banaras Hindu University “Theories about the origins of this book traverse through legend, myth and thousands of years of history,” she says. “No one really knows for sure since no effort has been (made) to consolidate information about the manuscript and fundamental questions about it remain unanswered: When was this book written? Why was it written? How was it written? And if the future is cast in iron and mathematical calculations then does it mean that human will has no meaning?”

Legends also say large swathes of the books were destroyed when the invading Mughal army torched the Nalanda, so there are only 5-100 astrologers in the country that have access to it.

Also according to Vyas “Bhrigu calculated 500,000 horoscope combinations using Vedic mathematics and his yogic prowess and that these half a million permutations can be extrapolated to tell the future for 45 million people.”

So if you are not part of those 45 million people, Vyas says, “sorry, but Bhriguji has not written your future since he did not expect you to come asking for it. After all, Bhriguji is not always absolutely right.”

The people who come to him have unbreakable trust in him because according to their experience whatever he says turns out to be true from obstacles in life to medical emergencies everything comes true.

He also is capable of telling you very personal information about yourself within a split second of reading the book.

He rose to national fame in 2007, when Pratibha Patil, an unlikely candidate, became President of the country—he had predicted her victory six months before her nomination was filed.

According to Anil (who runs a tea stall outside Vyasas’s House) “People come to this place only because of him. Otherwise, there is nothing to see here.” This indicates the uniqueness of the man.

Such stories are the things that help us live up to our tagline of “Incredible India.”

Credits:- The Mint and NDTV